Photos of an unusually-tall cactus growing on the side of a three-storey building in Tokyo, Japan, have been doing the rounds on social media, raising the question: ‘is this the world’s tallest cactus?’

Last Wednesday, Japanese Twitter user =Yang= (@0okome0) posted a bunch of intriguing photos of a building he had spotted in Takinogawa, Tokyo Metropolitan Area. It wasn’t the building that drew people’s attention, but a green pole on the side of it. =Yang= himself admitted that at first he thought it was simply a green-painted utility pole, but the deformed top, which stretched onto the roof of the building, told him otherwise. As he approached the strange sight, he realized that it was actually a thick cactus stretching from the bottom all the way to the roof of the three-storey residential building. He snapped some pics and posted them on Twitter, where they quickly went viral. 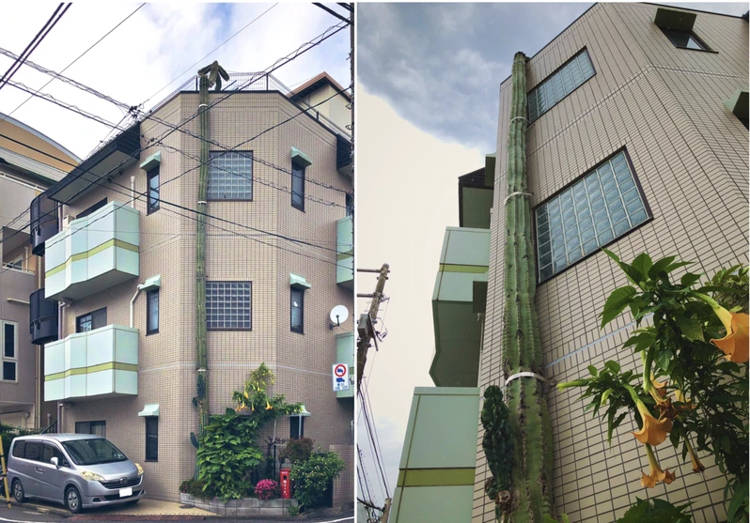