The Iso Grifo 7 Litri was to be one of the fastest road-legal production cars of its time, with a claimed top speed of 186 mph.

The car was an extraordinary achievement from a company that had started out making refrigerators before developing their own line of small-capacity motor scooters and the Iso Isetta bubble car that would become a celebrity in its own right.

The team behind the development of the Iso Grifo was an all-star collection of some of Italy’s finest automotive mind.

The project was overseen by Renzo Rivolta, company founder and the man who had seen Iso’s rise from a maker of refrigerators to a globally respected sports car manufacturer. The engineering was done by Giotto Bizzarrini, the man who designed the Ferrari 250 GTO and had a hand in developing the Lamborghini V12 engine used in the Miura and many other Lamborghinis. 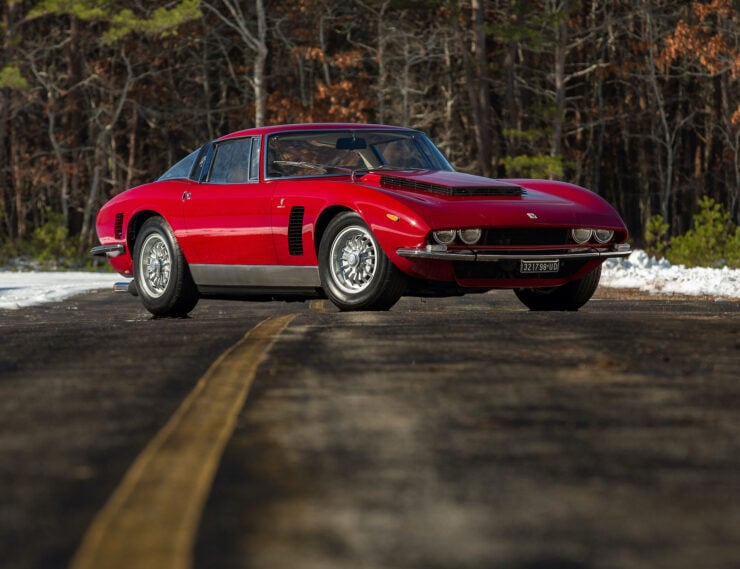 Above Image: The unusual hideaway headlights and the famous “penthouse” hood scoop would typically denote a Series II 7 Litri.

The styling was done by Giorgetto Giugiaro at Bertone, one of the greatest automobile designers of all time if not the greatest outright, and the man responsible for a remarkable array of cars from the Volkswagen Golf Mk1 to the DeLorean DMC-12 and the De Tomaso Mangusta.

Iso Autoveicoli founder Renzo Rivolta was a passionate but practical man, he knew he didn’t have the funds to develop his own engine capable of taking the fight to Lamborghini and Ferrari, so instead he did the same thing men like Carroll Shelby and Alejandro De Tomaso had done – he took reliable American V8s and used them instead.

The decision to use V8s from across the Atlantic made a lot of sense, and it provided automakers like Rivolta access to affordable engines and transmissions, and to an extensive parts catalogue. Skipping forward decades into the future to the modern day, and cars like the Iso Grifo 7 Litri are typically an order of magnitude less expensive to maintain than their rivals from Ferrari and Lamborghini.

Of these, the Iso Grifo 7 Litri was the most powerful, with either the 427 or 454 cu. in. V8 fitted – engines that were so large the car required a strengthened chassis, an enlarged engine bay with reinforced mounts, and an unusual hood with a “penthouse” top to allow the engine to fit.

In 1970 the Iso Grifo Series II was unveiled, this newer version featured a few changes – perhaps most notably the hideaway headlights which provide an easy way to identify Series II cars. 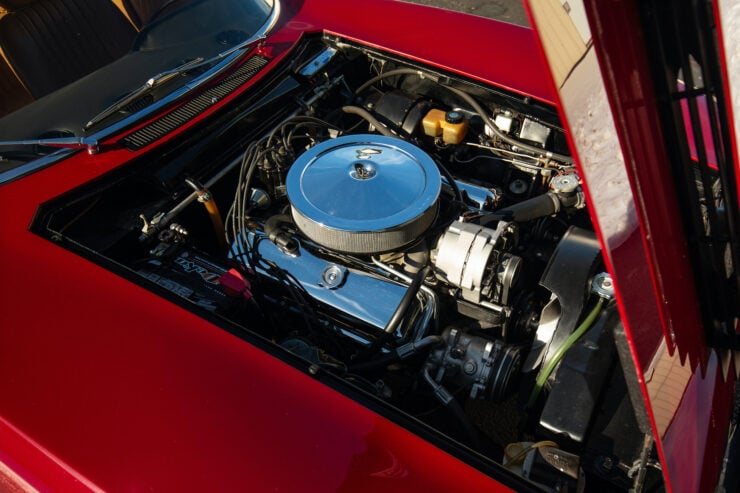 Three transmission options were offered over the production run, a 4-speed BorgWarner manual on earlier cars and a 5-speed ZF manual on later cars, as well as a 3-speed automatic if you were so inclined. The factory claimed the 7 Litri could attain a top speed of 300 km/h (186 mph), however it’s not known if this has ever been tested.

The suspension and braking systems used weren’t unusual for the day, with double wishbones and coil springs up front and a De Dion axle and coil springs in the rear. Brakes were discs all around and the curb weight varied depending on model and engine chosen, falling within the range of 3,150 to 3,550 lbs (1,430 to 1,610 kgs).

The car you see here is an unusual 1969 Iso Grifo 7 Litri Series I, it’s unusual because it was sent back to the factory in-period to be upgraded to Series II specification including the hideaway headlights.

It was completely restored in 1989 and it’s listed as still presenting very well today, it has Bordeaux paintwork with the correct “7 Litri” badging on both b-pillars, and the large hood scoop known as the “penthouse” for obvious reasons.

The car is due to roll across the auction block with RM Sotheby’s on the 22nd of January, it has no reserve and the estimate is $500,000 to $600,000 USD. If you’d like to read more about it or register to bid you can click here to visit the listing. 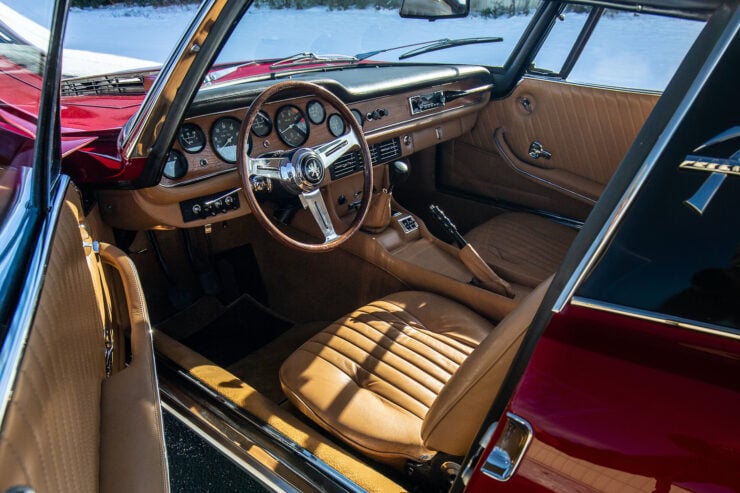 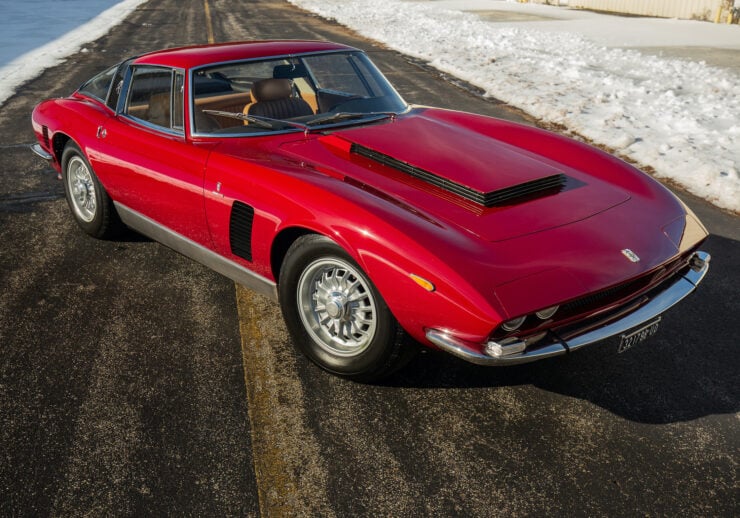 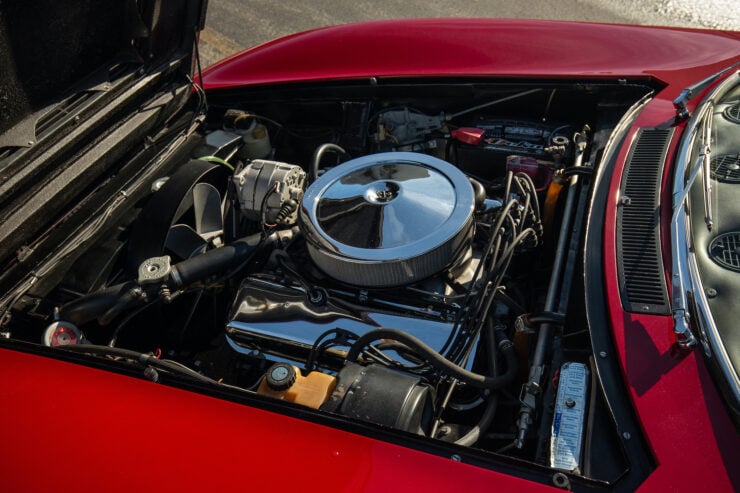 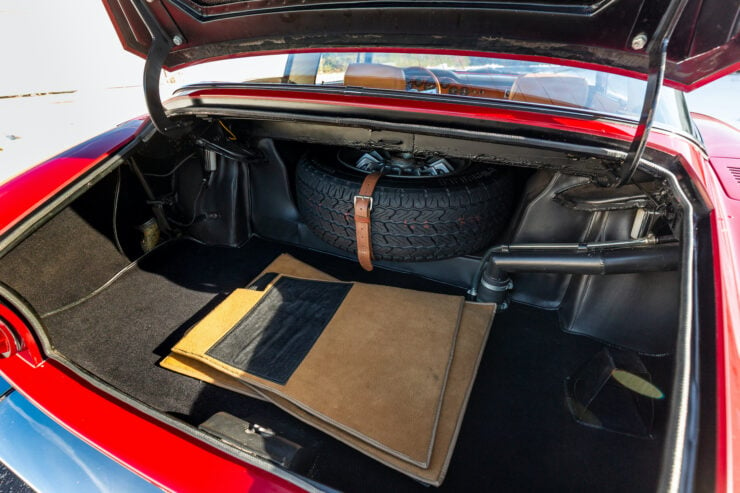 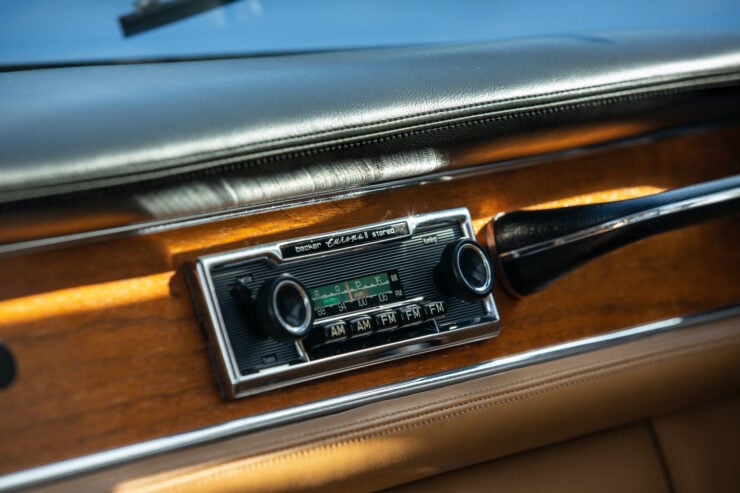 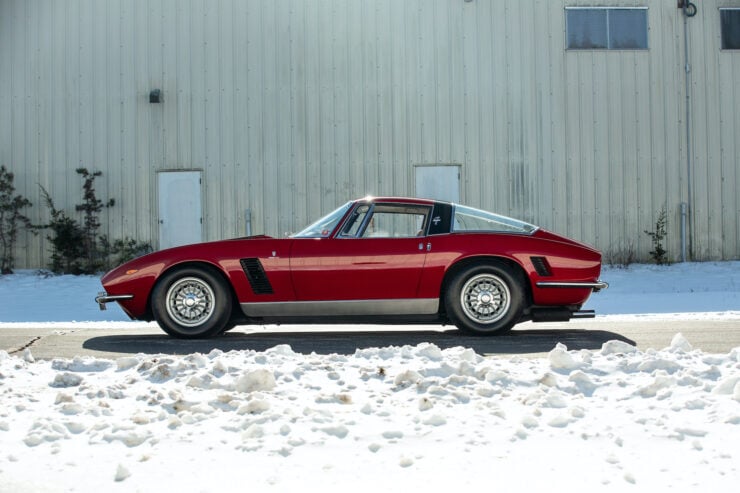 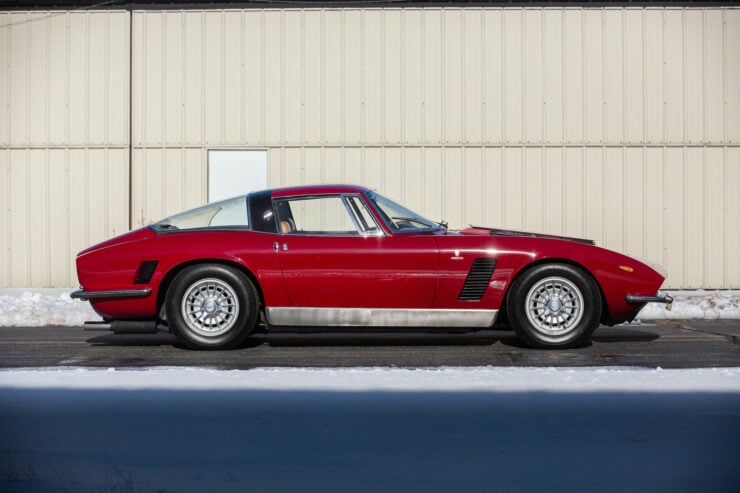 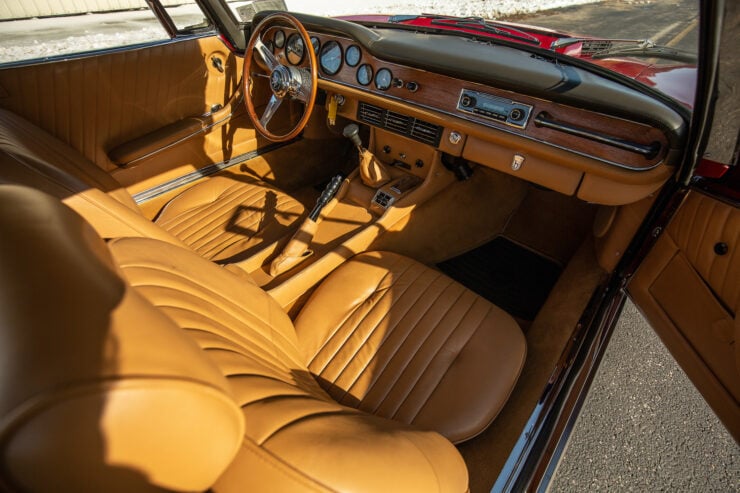 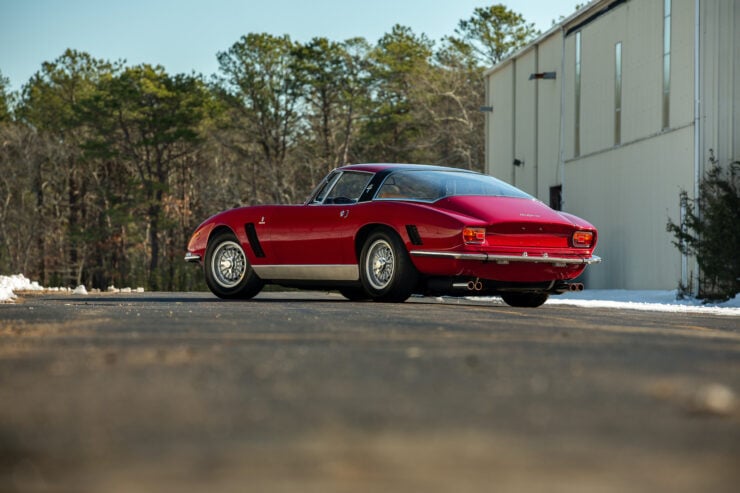 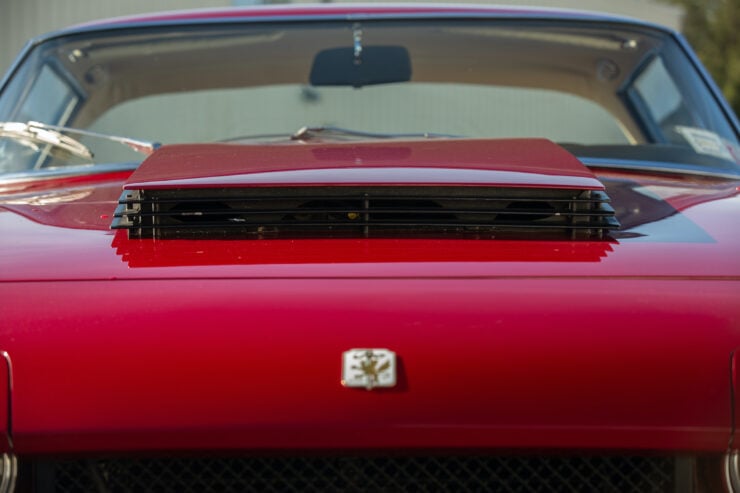 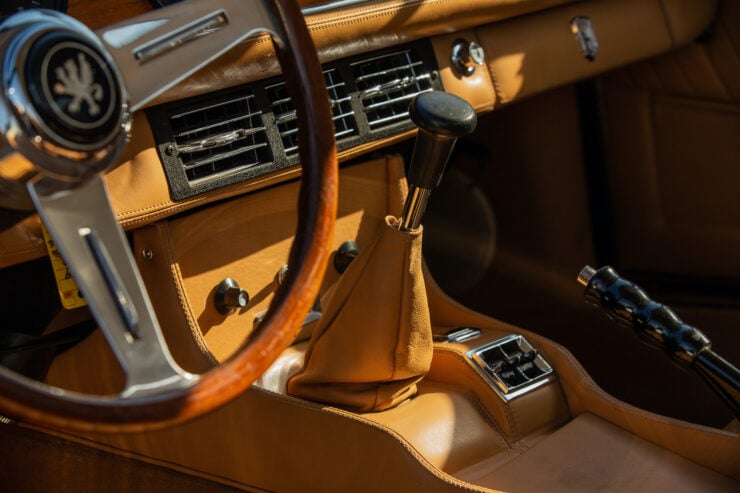 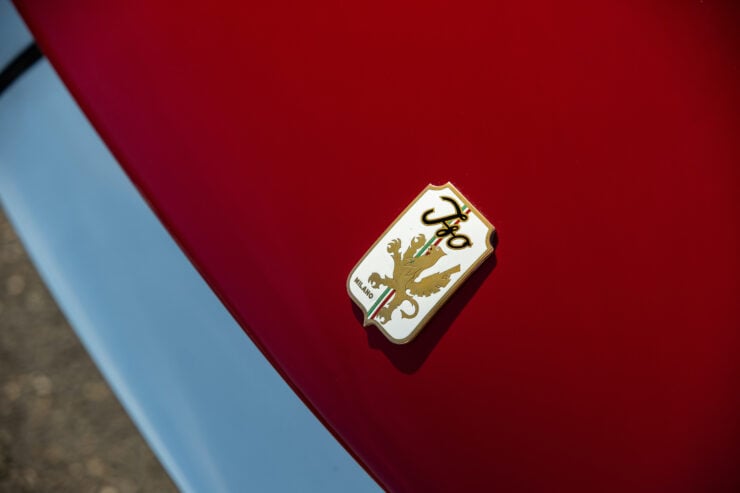 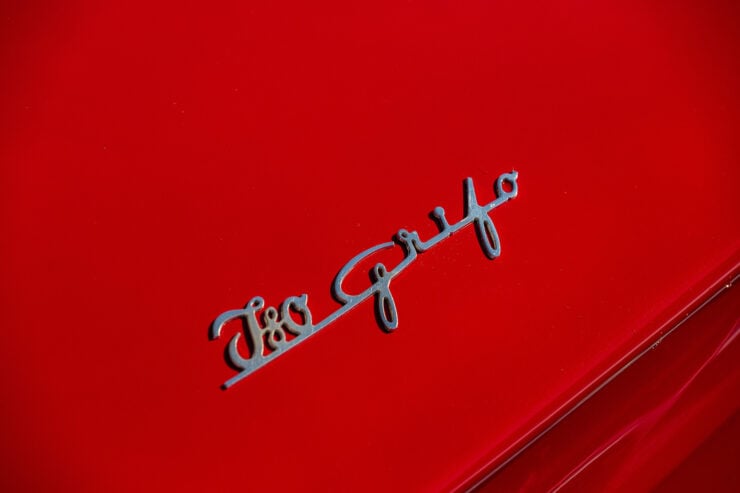 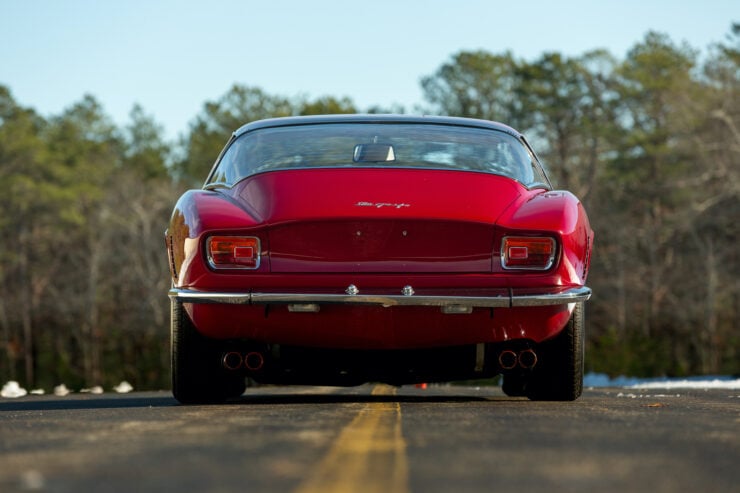 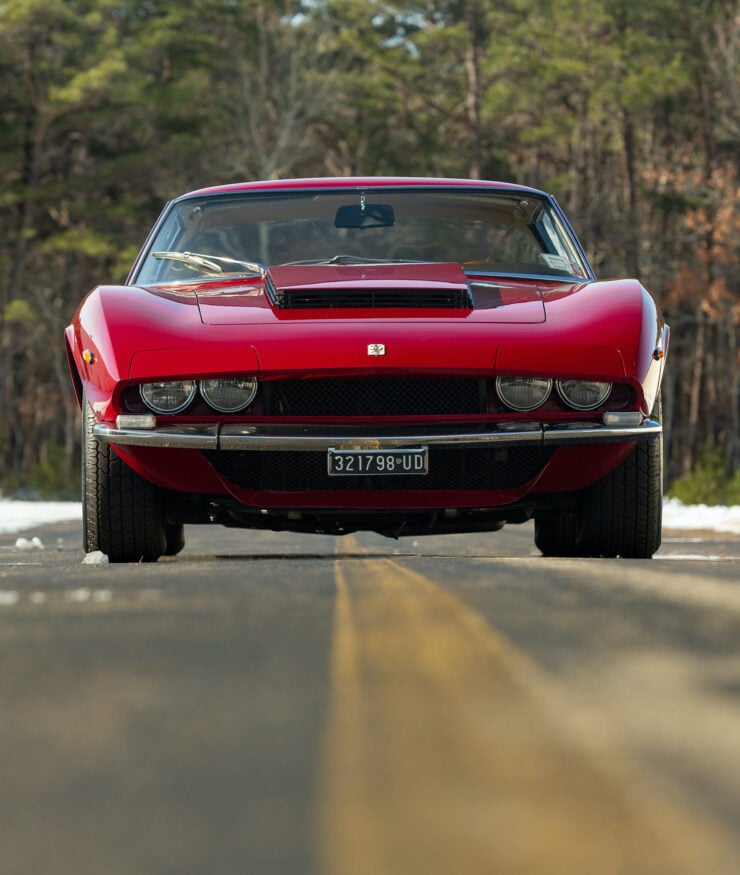