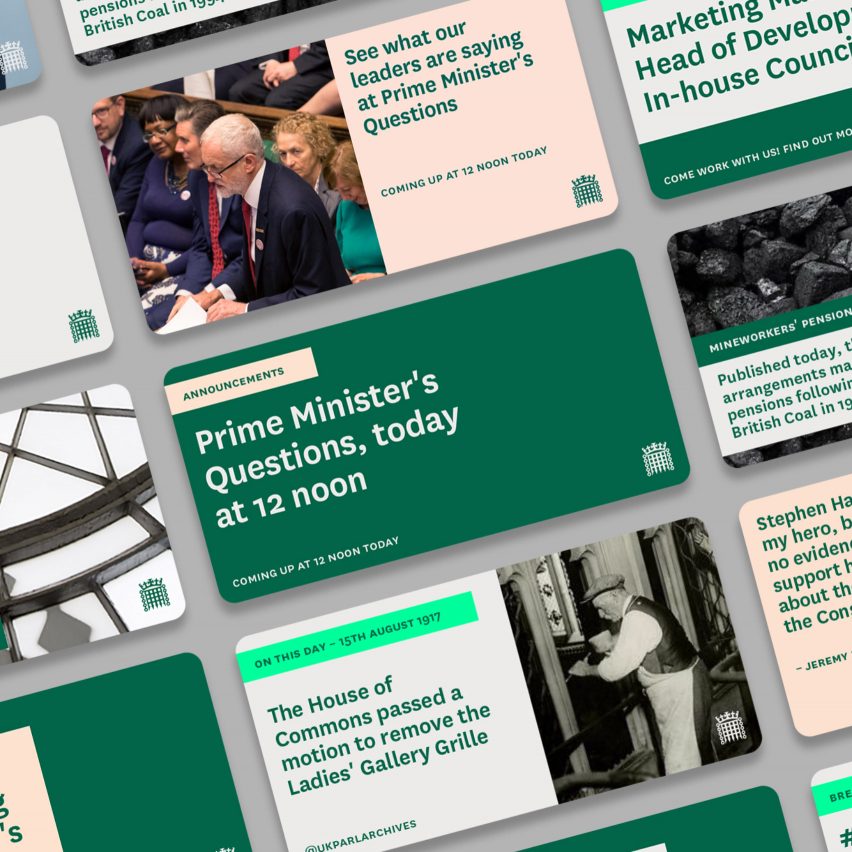 Design agency SomeOne has updated the visual identity of the UK’s House of Commons to make it perform better across different platforms including apps and social media.

London firm SomeOne was tasked with a holistic rebranding project to improve consistency across all touch points, including procedural documents, signage and digital applications. 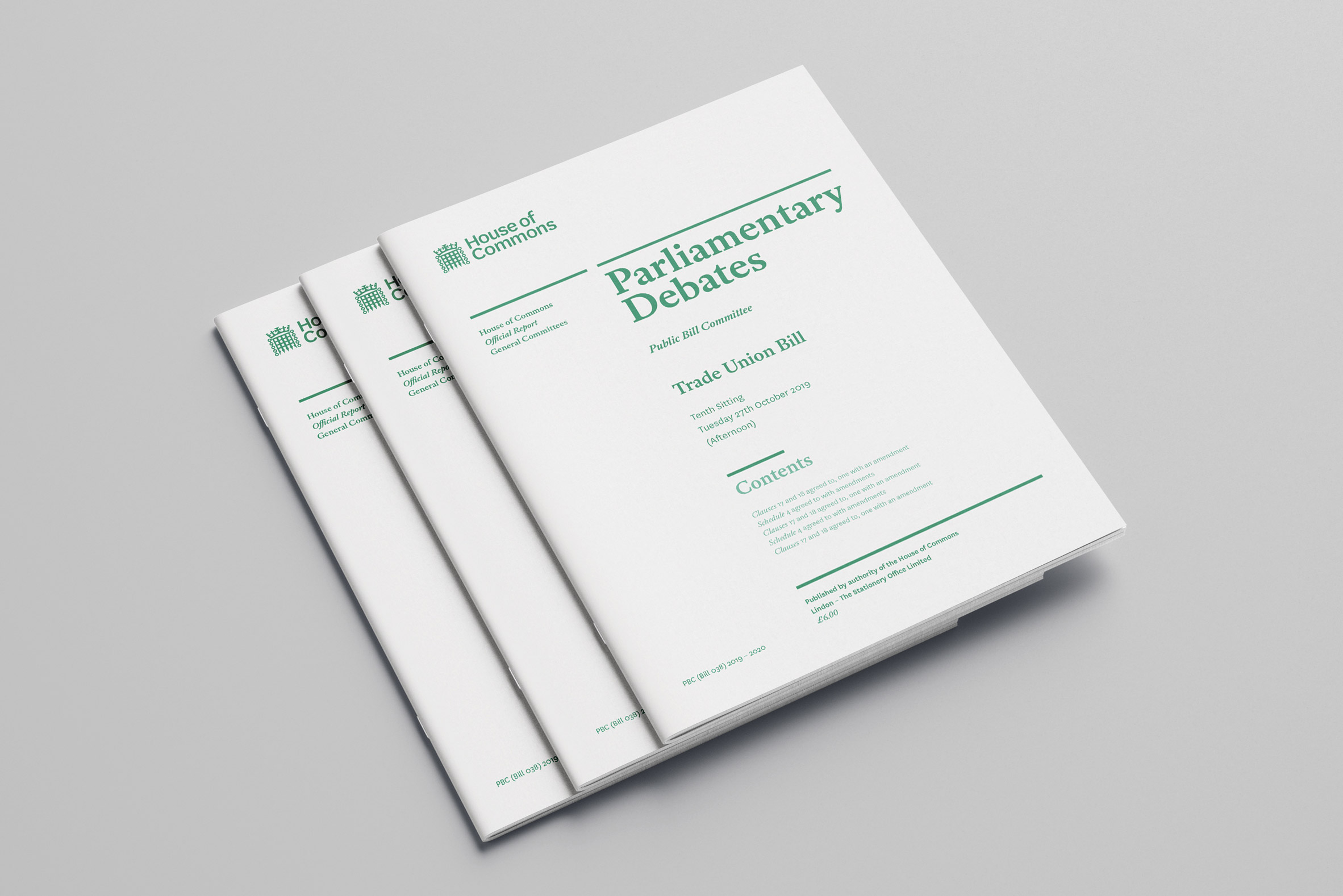 The existing core green colour that evokes the colour of the benches inside the House of Commons chamber has been updated to improve the contrast between different elements and enhance the legibility of type across all formats.

A new typeface, National, was chosen to work across application types and at all sizes for better reproduction on screen and different surfaces. 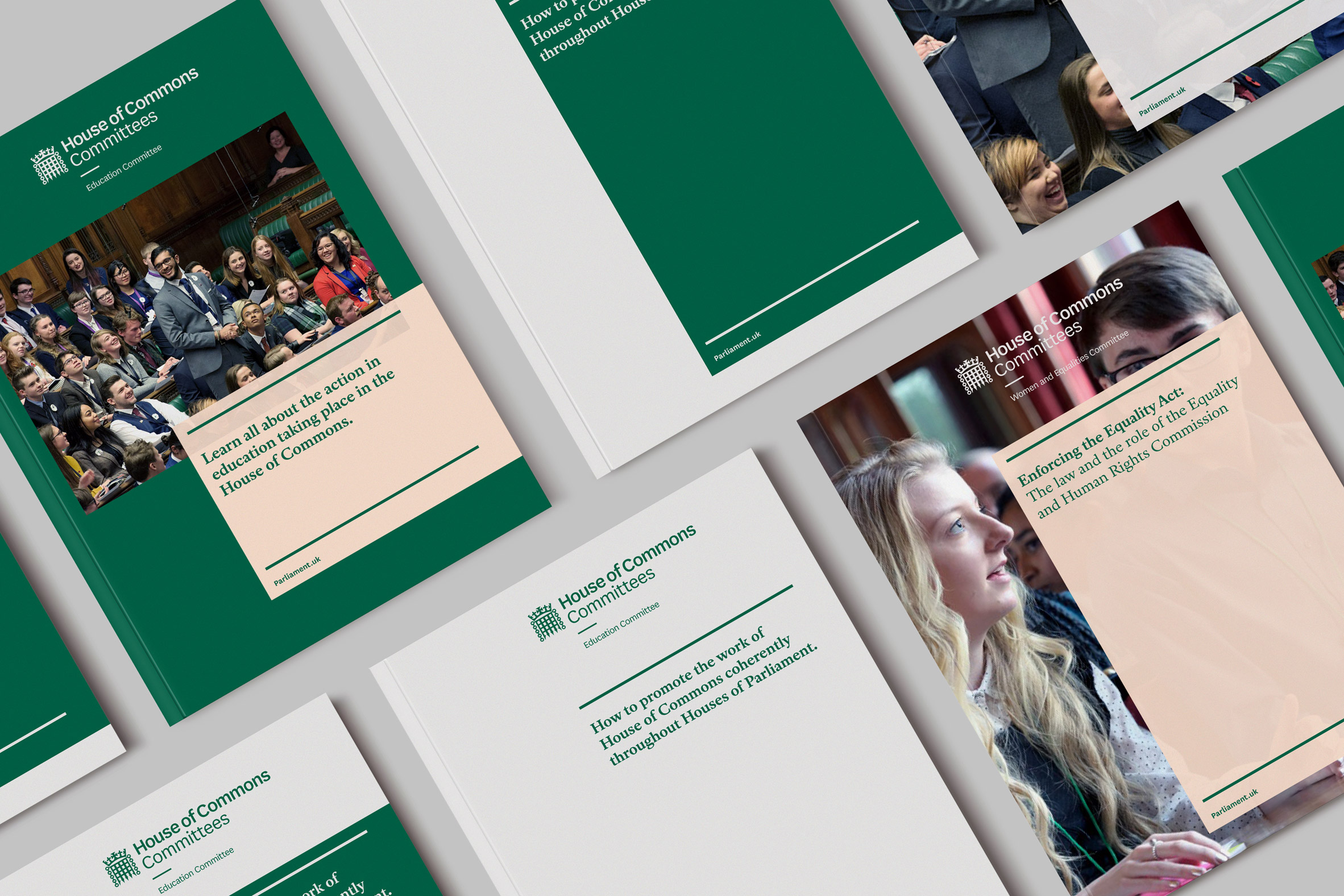 The lower house of the UK’s parliament had been using its previous visual operating system since 2009. The identity comprised several design elements including a typeface and logo depicting a crowned portcullis, the emblem of both houses of parliament.

The previous branding was developed with traditional printed publications and stationery in mind, but did not suit the many digital applications that emerged in the intervening years. 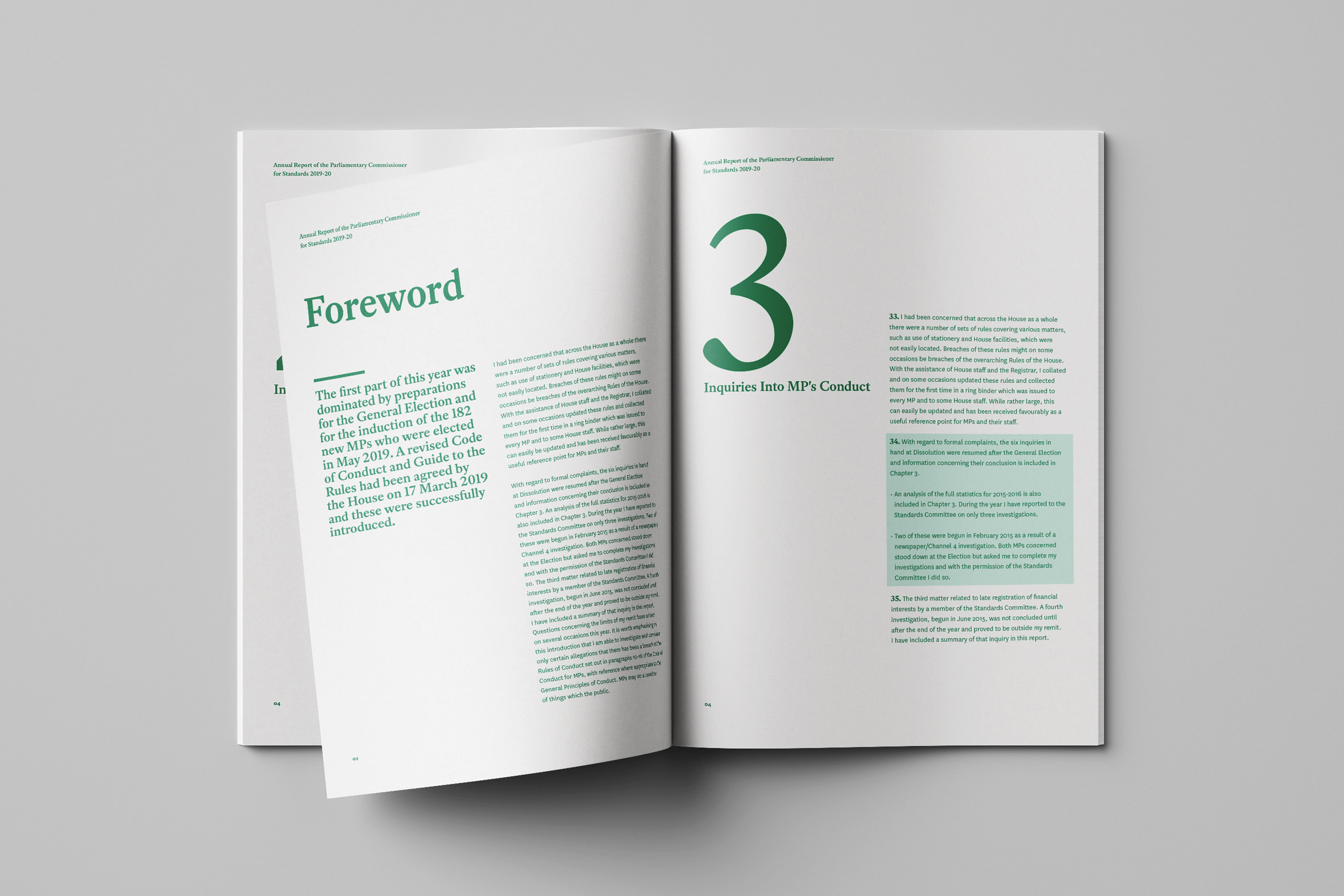 “An extensive range of House of Commons sub-identities had evolved over time and management of the visual identity as a whole had become complex and challenging,” said the agency’s founder, Simon Manchipp.

“The new connected identity system will help the House to communicate far more effectively on digital platforms,” he added. 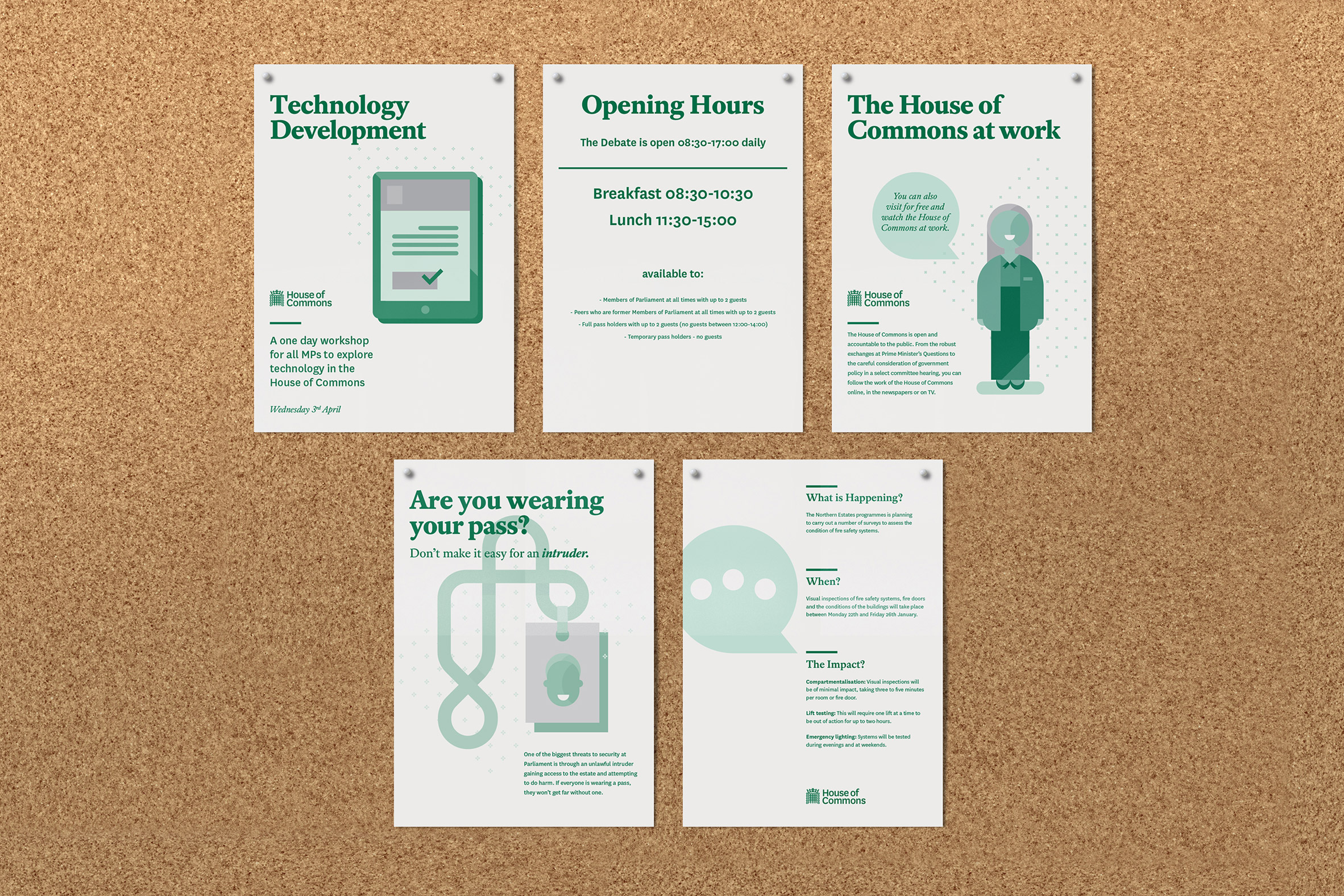 Heritage and tradition are important to the members of parliament and other staff who utilise the visual assets, so the new identity retains the crowned portcullis and the use of the green shade.

The familiar design elements were tweaked and new features were introduced to help the public engage with information relating to parliamentary activity.

“The operating system we developed for the House of Commons remains respectful of the past while welcoming current and future demands,” said SomeOne design director, Cosmo Jameson.

“Surrounding the central design elements are new aspects created to build greater engagement with the public and help them to stay in touch with the parliamentary landscape.” 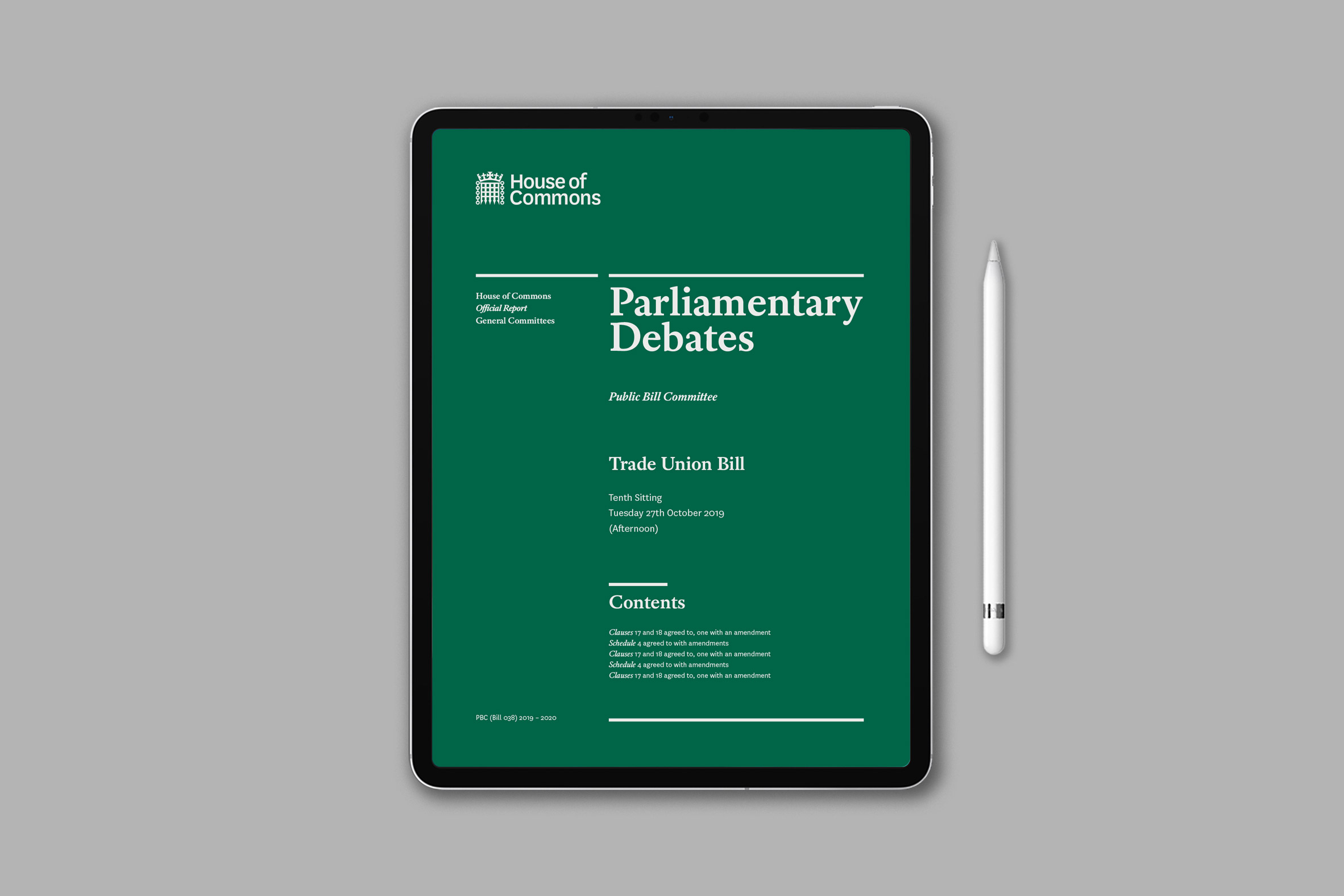 In addition to assets for printed materials such as documents and notices, the design of elements such as Twitter cards and illustrations for use on digital platforms makes the information more digestible and shareable.

SomeOne also worked with the House of Commons and the House of Lords to develop a digitally led visual identity for the UK Parliament in 2018, and created new branding material for English football club Wolverhampton Wanderers featuring a three-dimensional wolf head.

The post SomeOne rebrands the House of Commons for the digital age appeared first on Dezeen.