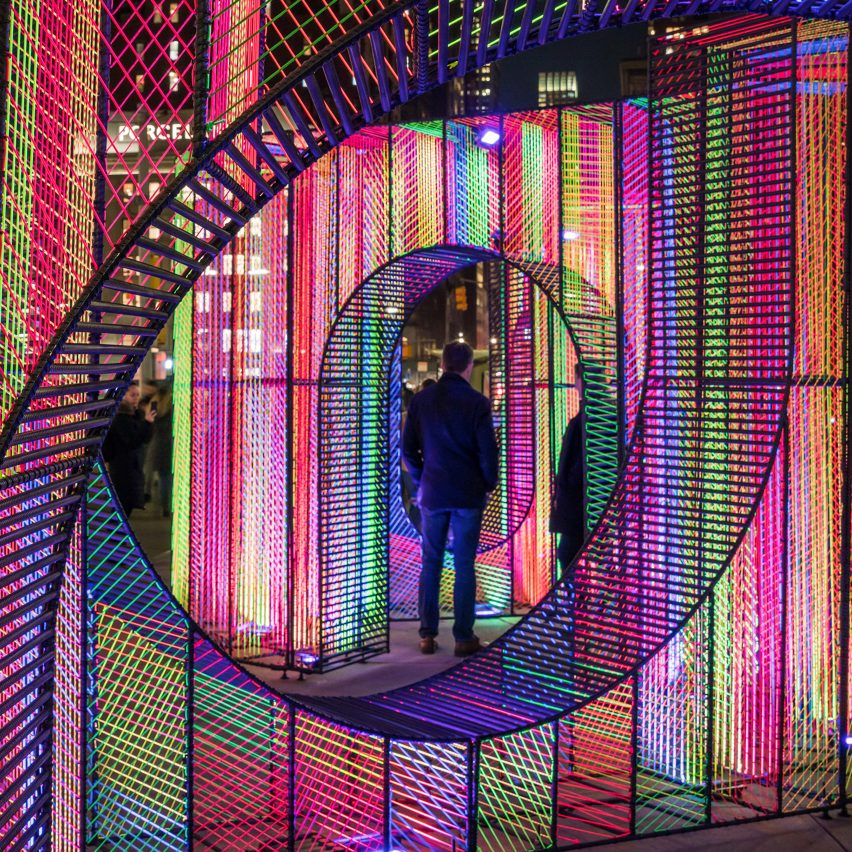 Local studio Hou de Sousa has built Ziggy temporarily at the corner plaza between Broadway, Fifth Avenue and 23rd Street, in front of the Flatiron Building.

The project is the winning design of the annual New York City Flatiron Public Plaza Holiday Design Competition, which annually seeks designs to fill the plot during the winter holiday season. 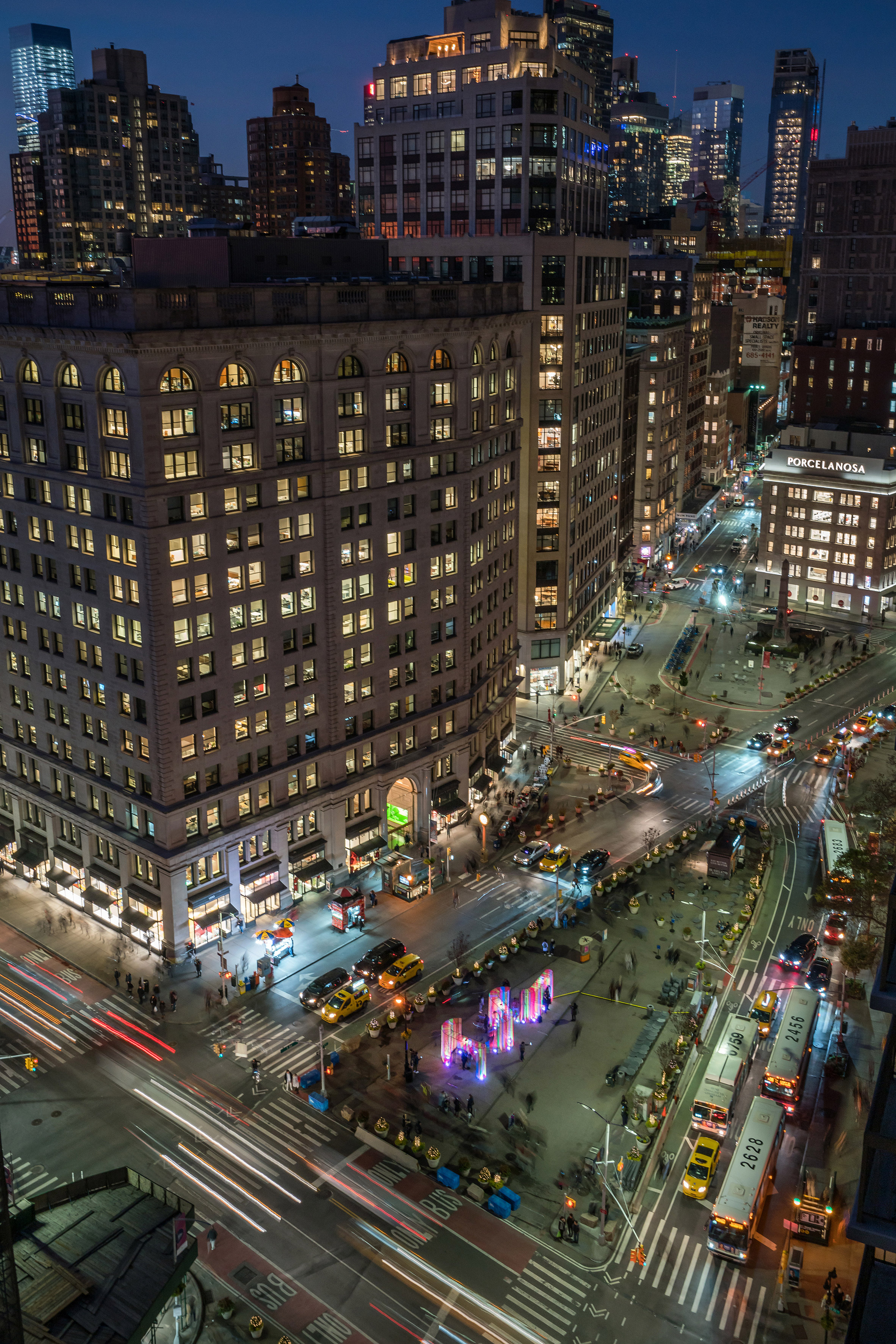 The multifunctional structures are then wrapped in 27,000 feet (8229.6 metres) of strings that create colourful illusions. 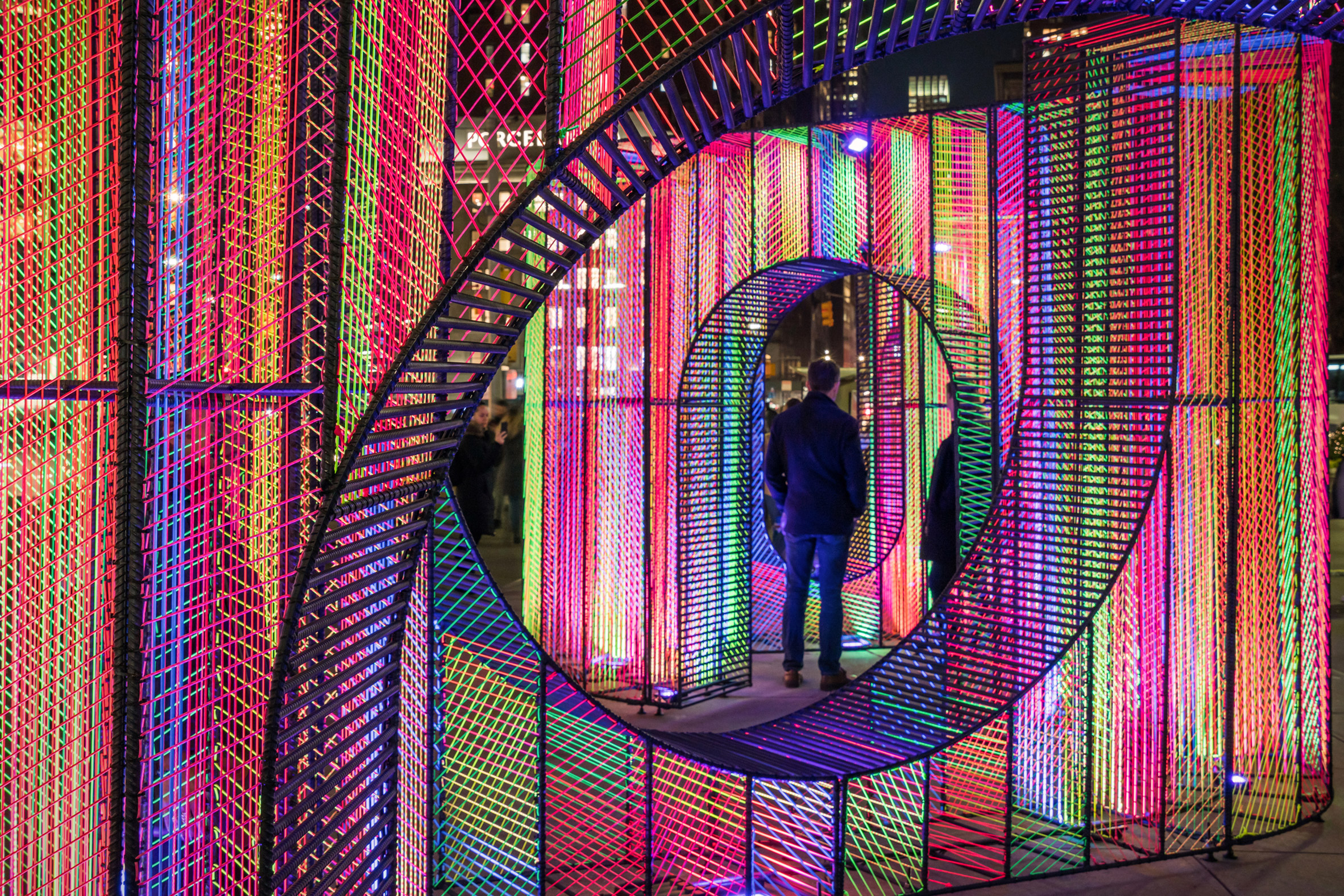 “Its winding form frames views of the Flatiron District’s many attractions and landmarks, while also serving as seating for locals and visitors seeking a moment of rest,” he added.

Coloured lights placed on the ground, under each structure, filter through the installations at night. Visitors are invited to move through the dynamic structures and engage with the pieces, the surroundings and one another while doing so.

“This porous wall will welcome folks arriving from all directions, while ringing in the holiday season with a flourish of colour and light.” 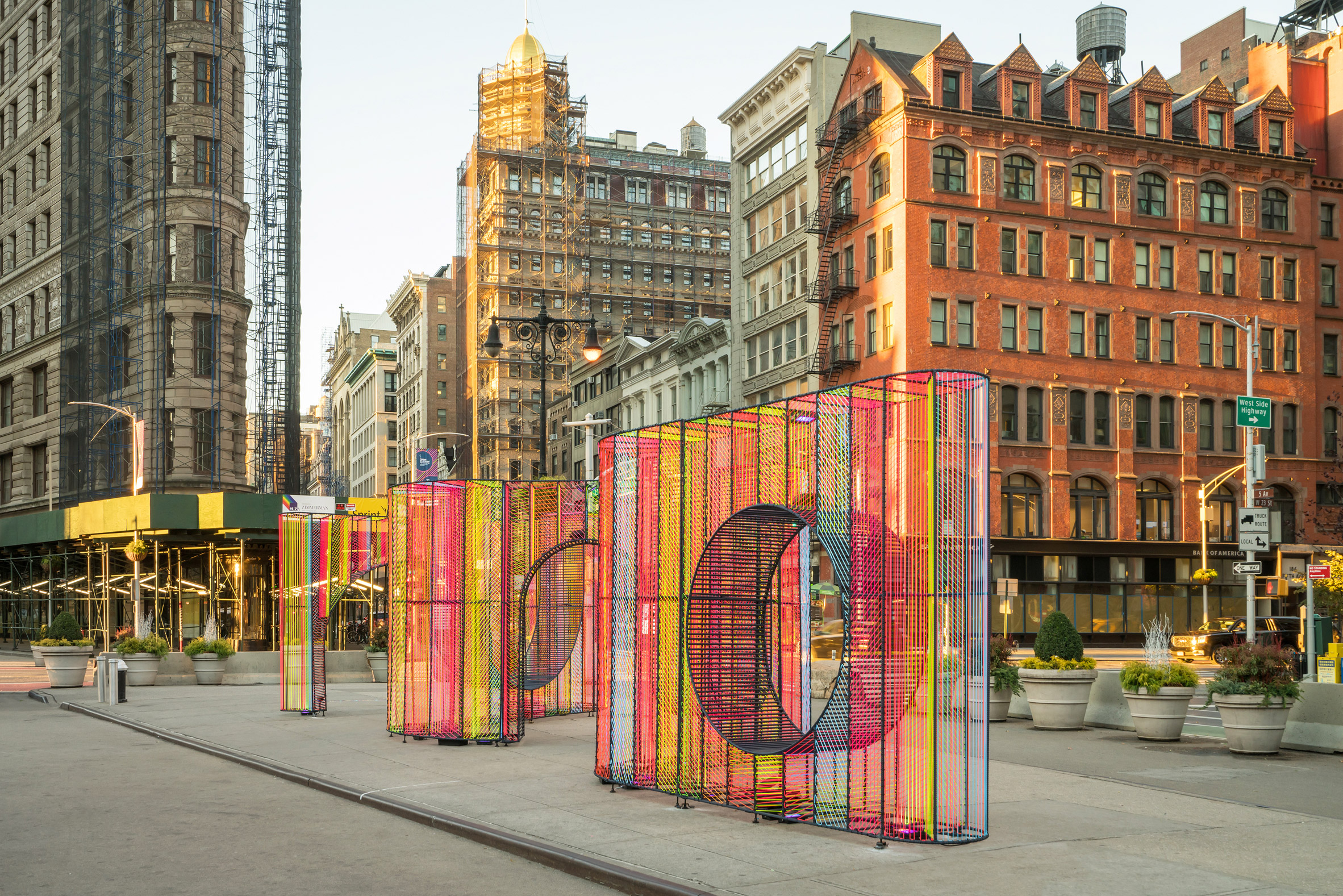 Other projects by the firm, which Josh de Sousa founded with Nancy Ho, include a installation of half a million plastic spheres inside a Washington DC subway station. 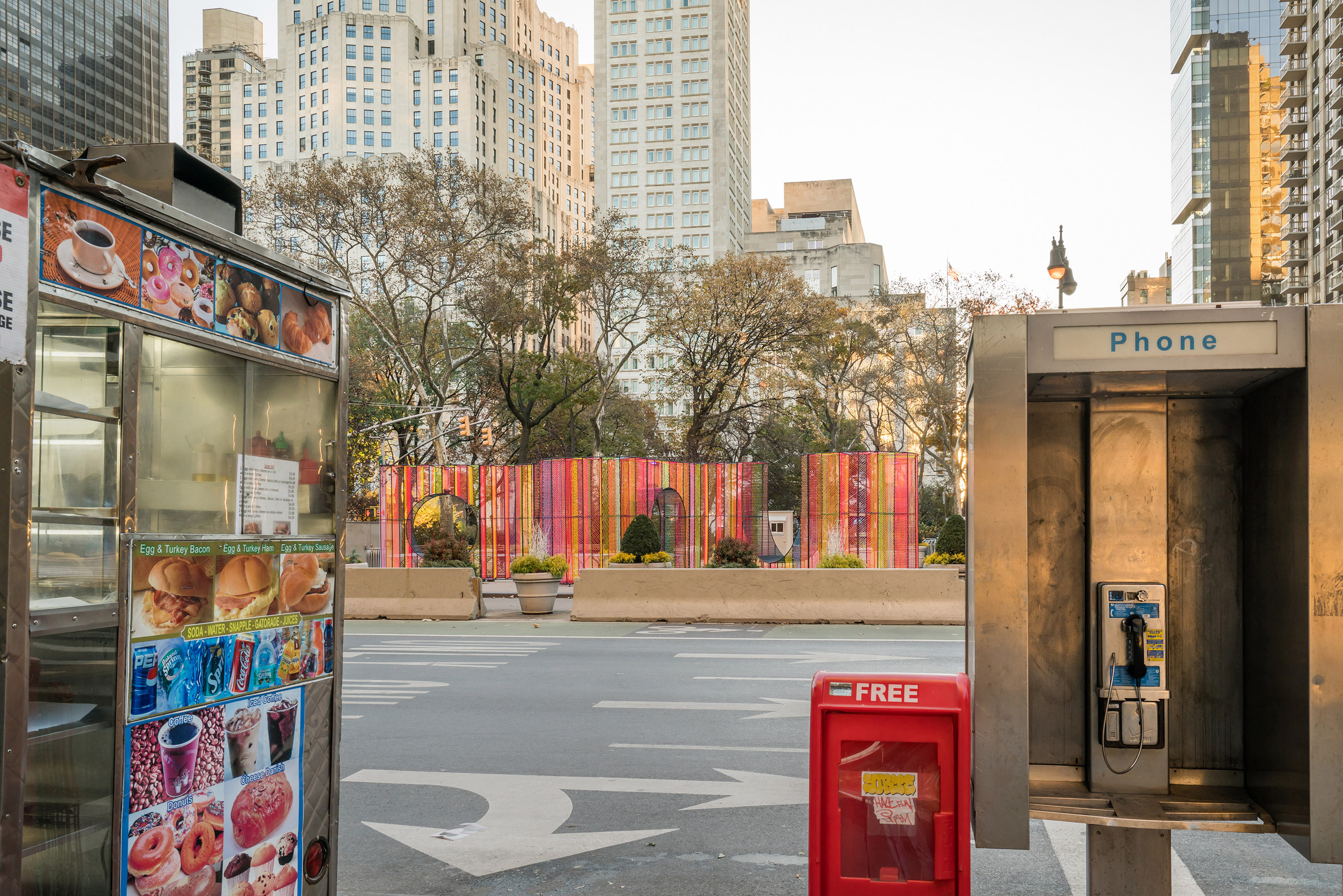 “Hou de Sousa’s spectacular installation invites us to rethink how we interact with public space, and with one another,” said Van Alen Institute executive director Deborah Marton. “Their design creates delightful and unexpected ways to connect with others.”

Last year, Studio Cadena created a series of yellow smileyface screens for the competition, while in 2017 Future Expansion installed a set of “choir-like” vertical metal tubes to occupy the site.

Ziggy is on display in front of the Flatiron Building until 1 January 2020.

Photography is by Cameron Blaylock.