Wiltshire B4 Christ will debut at The Store X at 180 The Strand.

The exhibition, which opens on January 16 at London’s The Store X, 180 The Strand, centers around the mysticism and pagan symbology of some of Britain’s key Neolithic sites, including Stonehenge and Ayersbury. The project will consist of a projection tunnel, painted murals, a film shot on location by Deller, as well as a limited edition capsule collection, merchandise and art book.

The book will take the form of a guide to the Neolithic sites of Britain and features aerial maps of the sites, diagrams and illustrations alongside images of ancient local artefacts, set side by side with images shot at the sites by David Sims and styled by Jane How.

Aries has produced a limited edition 30-piece collection – including tees, sweats, shirts and blankets – to accompany the exhibit, featuring unique artwork made in collaboration with Deller. Exclusive styles produced in collaboration with The Store X will be available throughout the exhibition, with the rest of the collection available from Dover Street Market from January 18. 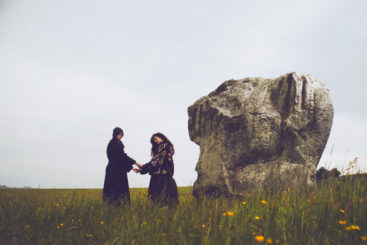 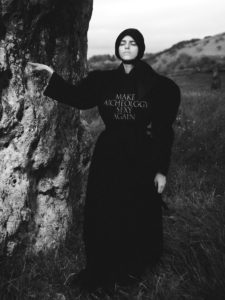 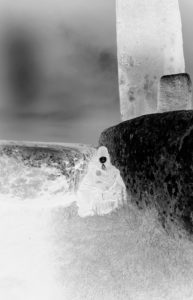 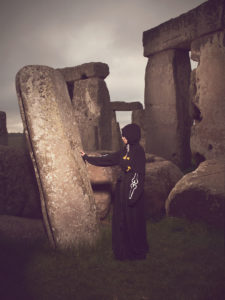 Aries’ creative director Sofia Prantera said that the project “inverts the traditional idea of fashion”, stating that “a return to paganism and spirituality seems to offer a new way to connect with others, to congregate, which I am hoping this project can explore and deliver.”