Yin and Yang Fish is a controversial dish where the body of a fish is cooked, while the head is kept fresh so that it moves its mouth and eyes while it is being eaten.

From fish that smells like a public toilet, to a cheese as hard as rock and even a fish-head-stuffed pie, the world is full of weird foods, but few dishes can be described as truly disturbing. Well, the dish you’re about to discover is one such rarity. Reportedly invented in the early 2000s, by a restauranteur in Chiayi City, Taiwan, Yin and Yang fish, also known as “dead and alive fish”, is definitely not a dish for the faint of heart. It consist of a whole fish, usually carp, whose body has been cooked and covered in sauce, but whose head is maintained raw so that its mouth and eyes are still moving while it is being eaten. 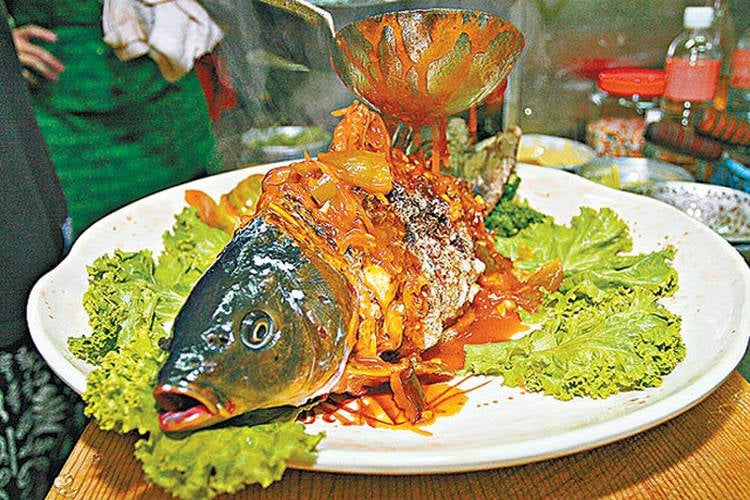