A New Jersey man will never forget 62nd birthday after his sons posted his phone number on a large roadside billboard inviting people to call and wish him well. So far, he has gotten over 15,000 calls and texts from people all over the world.

Chris Ferry’s sons used to prank him when going to restaurants by telling waiters that it was his birthday just so they could watch him squirm uncomfortably as they brought him cake. This year, they took things to a whole new level by renting a billboard outside Linwood and posting their dad’s phone number on it, inviting people to send him their best wishes. They thought it would be something of a local joke, with their dad getting a few calls from random strangers, but after the photo went viral on social media, things got a bit out of hand. 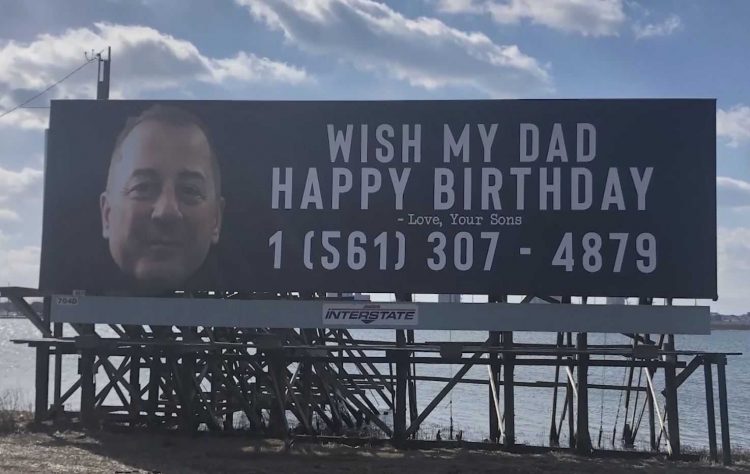