This 1965 Shelby Cobra 427 is one of just two special “FAM” edition vehicles that were built, it was personally ordered by Carroll Shelby and it formerly belonged to the late actor Paul Walker of “The Fast and the Furious” movie franchise.

Walker was just as famous for his expansive collection of cars as for his breakthrough role in The Fast and the Furious films. His taste in cars was genuinely eclectic, and his collection included everything from classics right the way through to modern supercars.

The Shelby Cobra – A Speedrun

Shelby Cobras were famously invented by Shelby back in the early 1960s after he retired from a successful career as a race car driver due to a heart condition. He used the tried and tested recipe of dropping a powerful American V8 into a small, lightweight, and nimble European sports car – in this case the AC Ace from England. 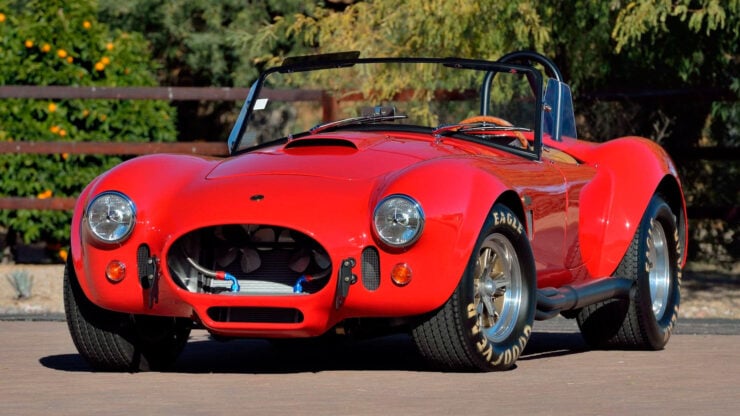 Above Image: The distinctive wide body look of the 427 Cobra is hard to miss.

Carroll Shelby always had a soft spot for the Cobra and demand for them remained high, so high that he made a few additional production runs of the model to help meet satiate the market.

One of these additional production runs took place in the late 1990s, 14 CSX1000 examples were made, and it was planned that 10 “FAM” cars would be built. As it transpired just two FAM cars would be made and this is one of them. 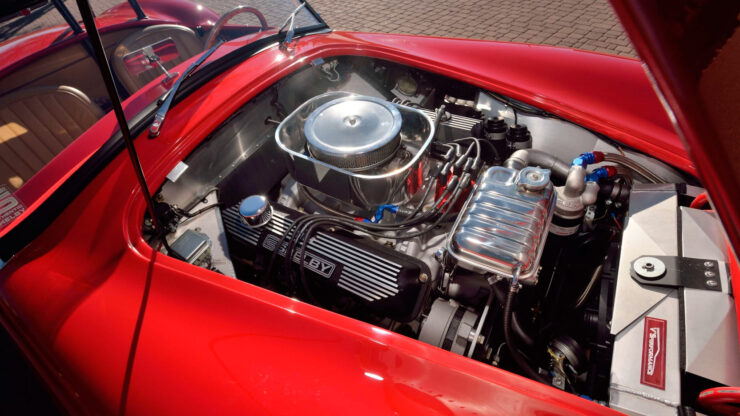 Above Image: The highly-modified Ford V8 fitted to this car produces 550 hp.

If you’re curious about the name, “FAM” is said to stand for “Ferrari’s ass is mine” a statement made by Carroll Shelby after his team lost the 1964 World Manufacturer’s Championship to the alleged shady maneuvers the Ferrari team engineered at the end of the season.

Shelby stayed true to his word, he returned to Le Mans with the might of the Ford Motor Company behind him and wiped the floor with Ferrari in 1966 and 1967 with the Ford GT40. The GT40 would go on to take additional wins in 1968 and 1969.

With 550 hp on tap and a curb weight of approximately 2,300 lbs, this Shelby Cobra 427 FAM provides a driving experience like very few cars on earth. 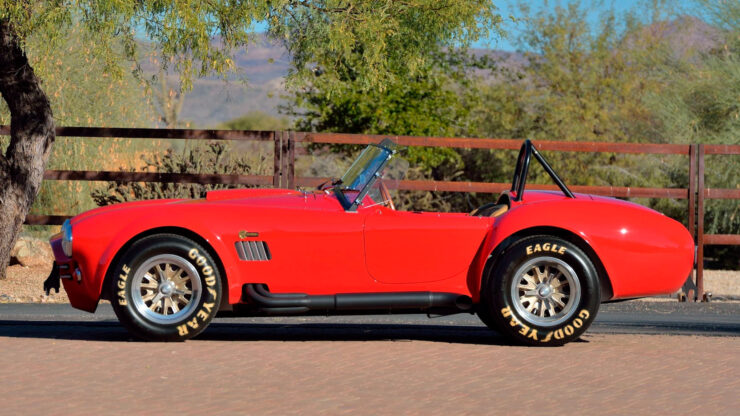 Above Image: The side pipes have been known to burn unsuspecting car show attendees who get too close when the car is still warm.

Realistically only professional racing drivers would be able to fully utilize the car’s output, however Paul Walker’s high-level of ability behind the wheel has been well documented and he was a part-time racing driver himself when not on camera. Much like other stars like Paul Newman, Steve McQueen, James Garner, and Patrick Dempsey.

The 427 FAM has a hand-rolled aluminum body built by AC Cars, a one of a kind interior with FAM series gauges and badging, a matching-numbers Shelby 427 FE aluminum 550 HP V8 engine, and a Tremec TKO600 5-speed manual transmission.

Funnily enough the car has a Ferrari signature color combination of Rosso Corsa with a Tan leather interior, which I’m sure was no mistake, and it has 4-wheel independent suspension, Wilwood brakes with Shelby calipers, and Halibrand-style 15 inch pin drive wheels.

The car is due to roll across the auction block with Mecum in mid-March, if you’d like to read more about it you can click here to visit the listing. 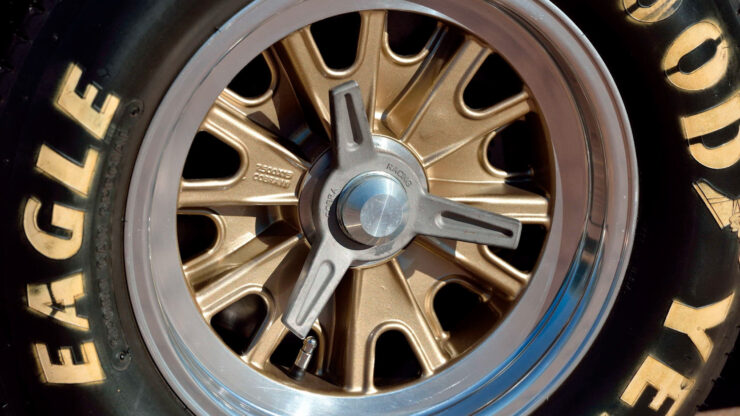 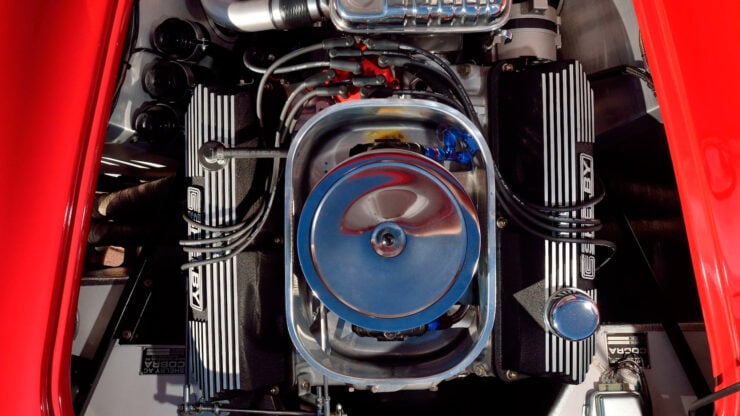 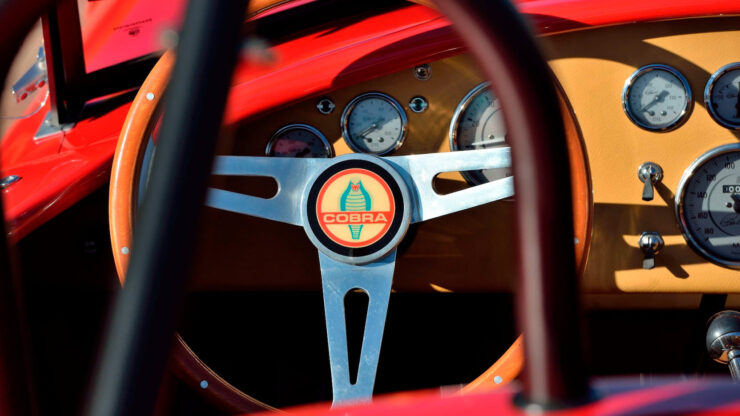 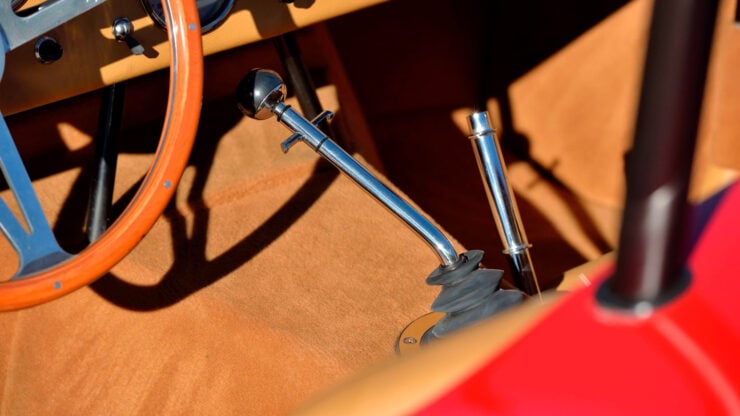 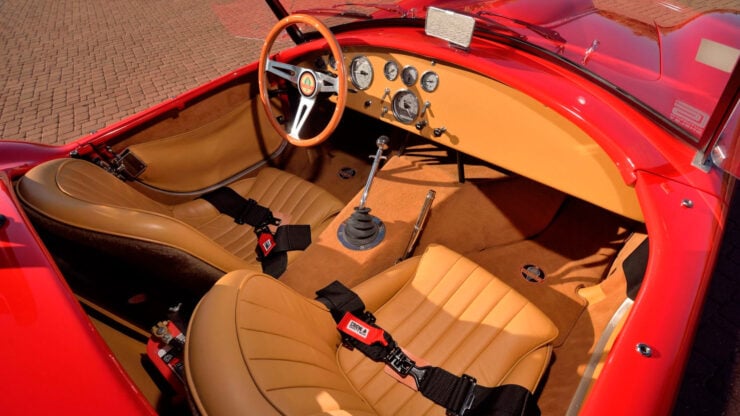 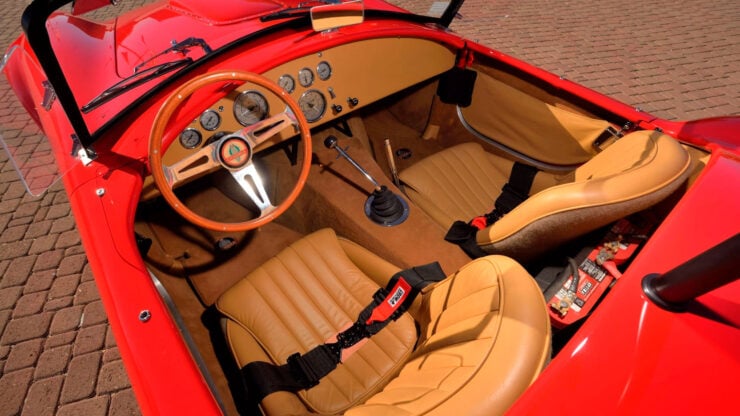 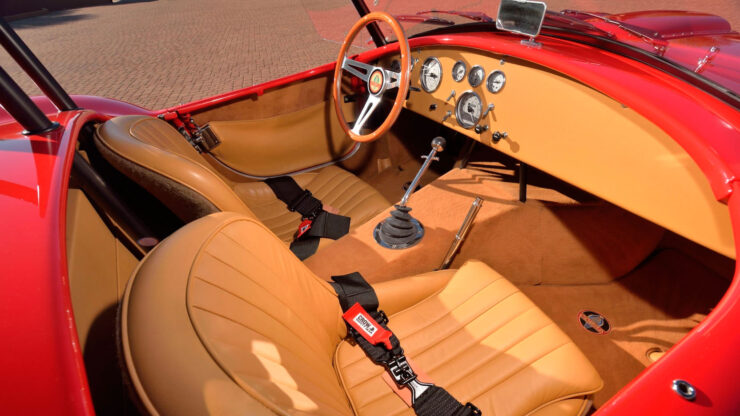 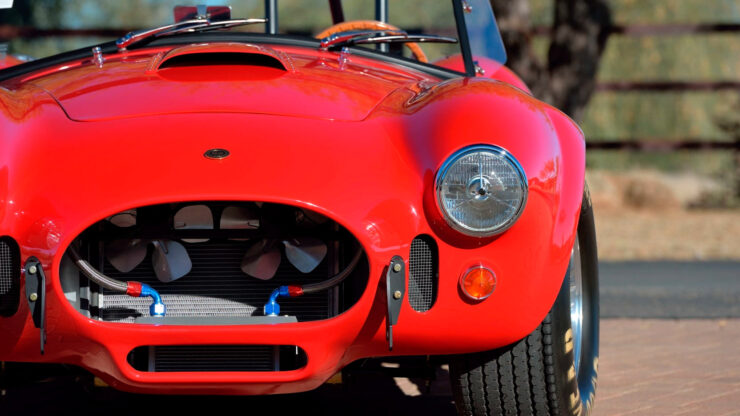 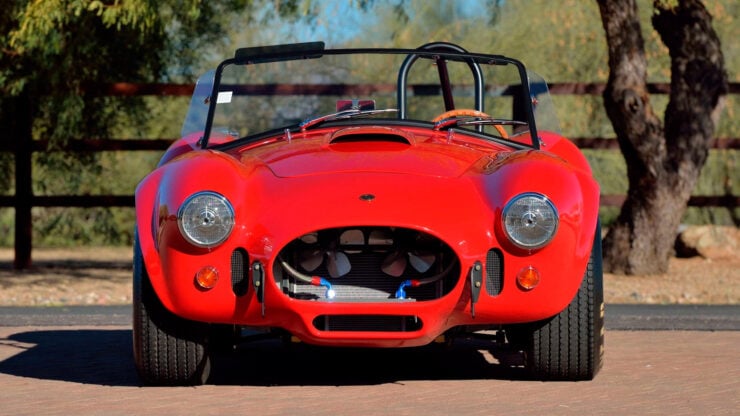 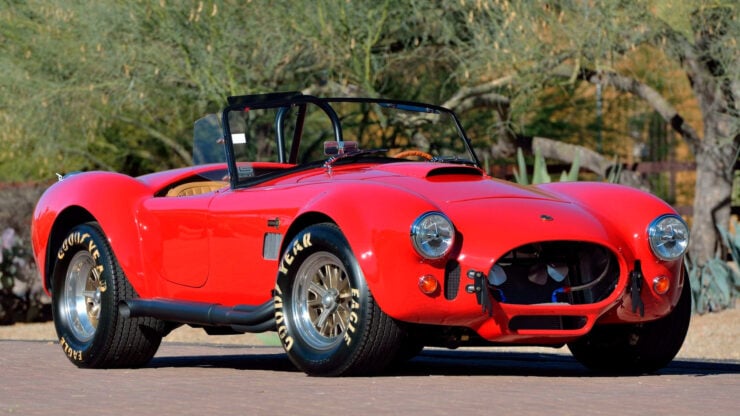 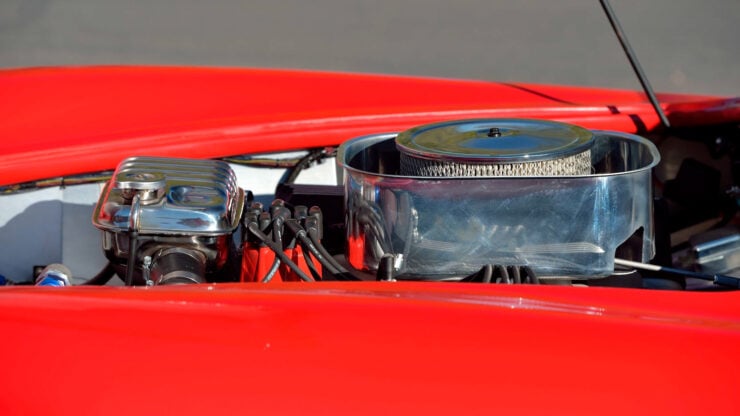 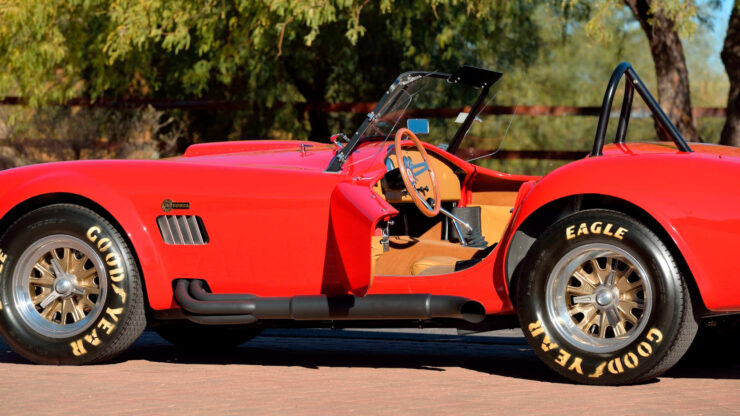 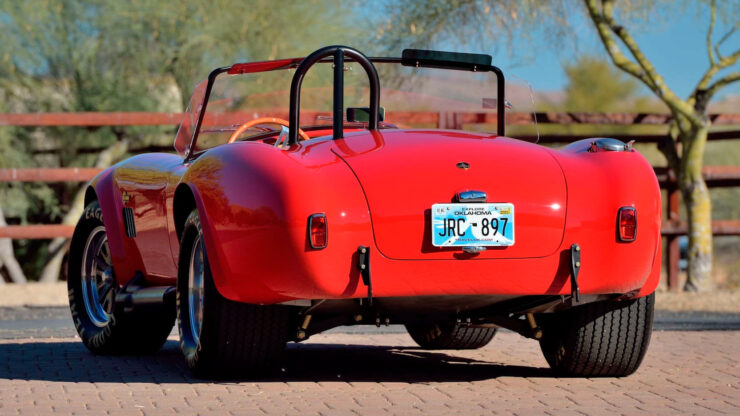 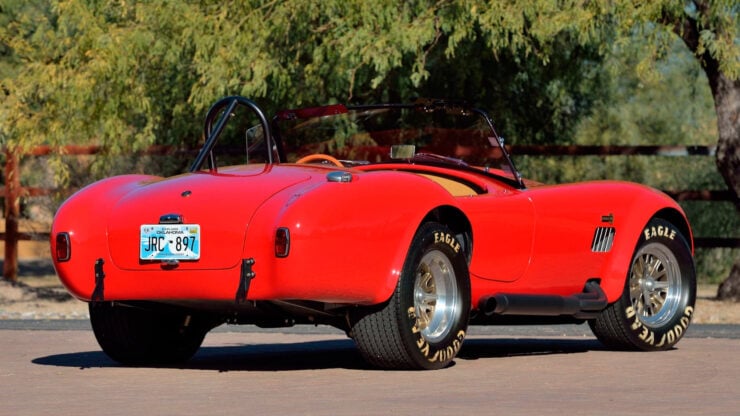 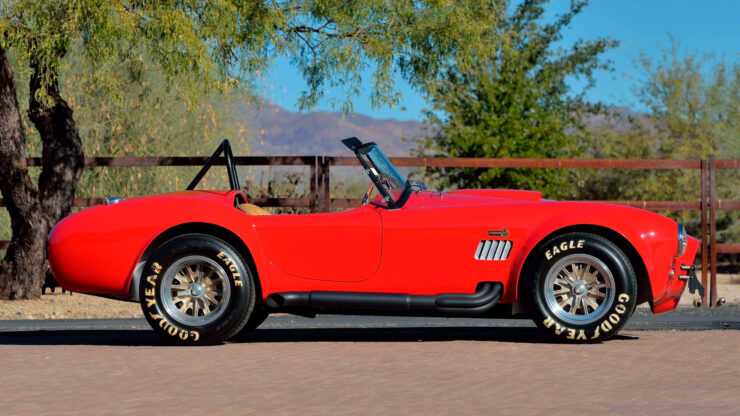