The Matchless G80 TCS Typhoon was the fastest off-road version of the G80, with the largest engine, and the highest power-rating that was available to the general public.

The Creation of the G80 TCS Typhoon

Interestingly the idea to create a 600cc version of the popular 500cc Matchless G80 CS (Competition Scrambles) wasn’t the idea of the engineers at Matchless, but of an American motorcycle dealer in California named Harry D. Wilson.

British motorcycles like the Triumph TR6 Trophy and the Matchless G80 were the dominant bikes for desert racing in the late 1950s and 1960s, before the widespread arrival of lightweight two-strokes. The 650cc TR6 had the edge over the 500cc G80 and Matchless riders were clamoring for something more powerful with an engine to match the Triumph. 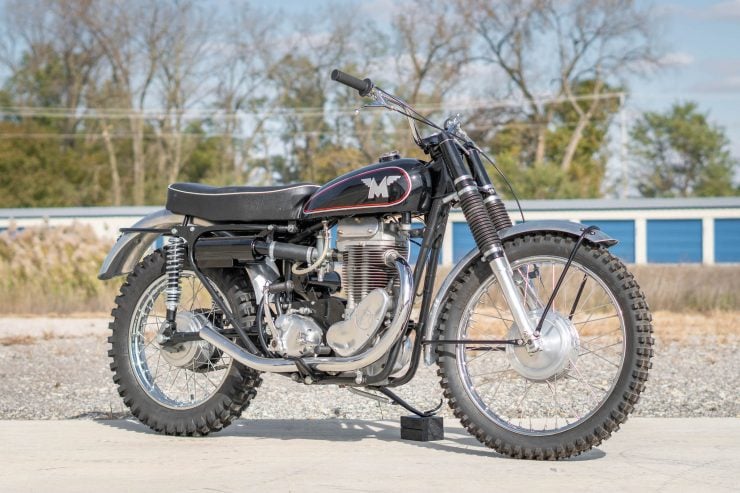 Wilson took it upon himself to develop a stroker kit for the single-cylinder G80 engine that took it from 500 to 600cc. The kit included a bored cylinder with 6.5mm of extra internal width, and a new piston and connecting rod that increased stroke by 3mm. I have read that the compression ratio was increased also – however it can be remarkably difficult to confirm details like this due to the time that has passed.

The kit proved immediately successful and Wilson had sold over 40 of them when Matchless noticed and decided to integrate the improvements into a production model named the G80 TCS Typhoon (Typhoon Competition Scrambles). 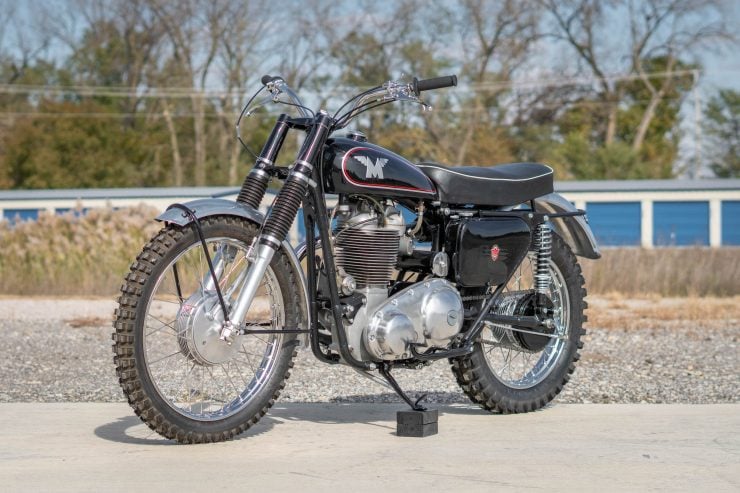 It’s believed that Matchless made just 125 of the TCS models, almost all bound for the U.S. – each was fitted with a Matchless version of the big bore kit and fed by an Amal GP 1 3/8″ carburetor, and the engine is a pre-unit with a separate 4-speed gearbox.

Suspension is telescopic fork upfront with a swinging arm rear and twin shock absorbers, the frame is a duplex cradle, front and rear fenders are aluminum to save on weight, and there are drum brakes front and back 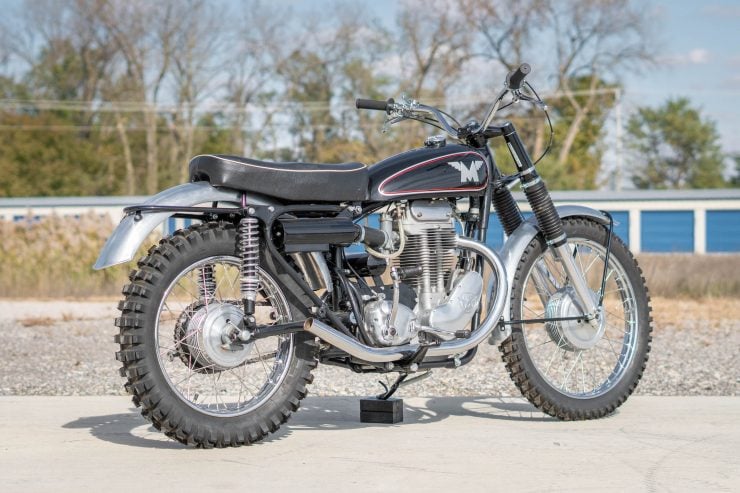 Most examples weren’t fitted with a headlight or speedometer – they were intended as pure desert racing machines and as such they were fitted with a well-padded seat and a slim fuel tank.

“In brief, the Typhoon provides all the performance required of a 500cc-plus competition single, without the noise, intractability and extravagance once accepted as the inevitable price of riding a scrambler. It is a blend of punch and charm which is the special appeal of this model.” 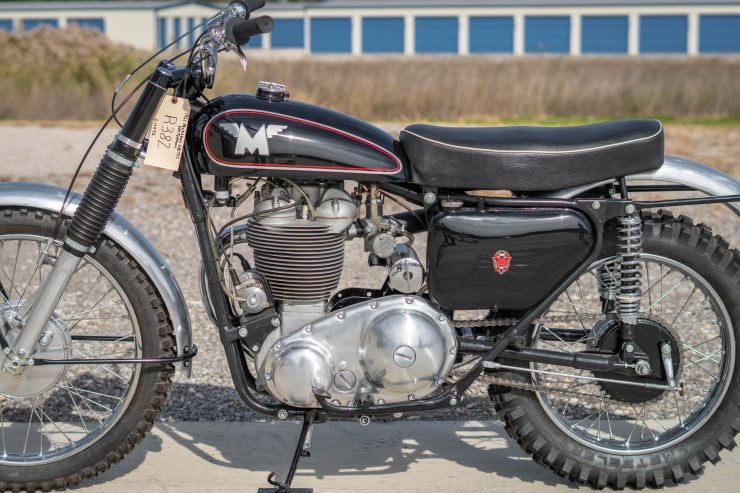 The Matchless G80 TCS Typhoon you see here is a beautifully restored example of an original TCS. This model has always been rare due to the exceedingly low production numbers, and many of them didn’t survive the ’60s due to the way they were raced.

I’m sure there are a dozen Typhoon skeletons (at least) buried in the deserts of California somewhere. Obviously this one isn’t road legal however it would make an excellent bike to take part in the increasingly popular world of vintage motorcycle racing, alternatively it’d be a great addition to any motorcycle collection.

If you’d like to read more about it or register to bid you can click here to visit the listing on Mecum. 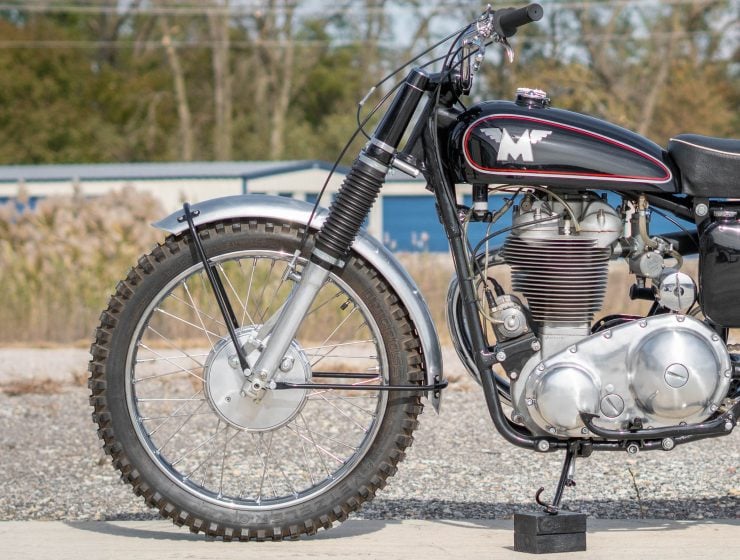 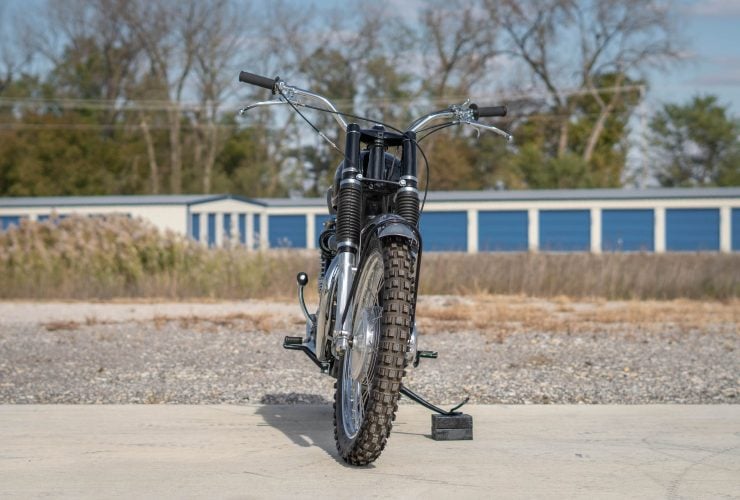 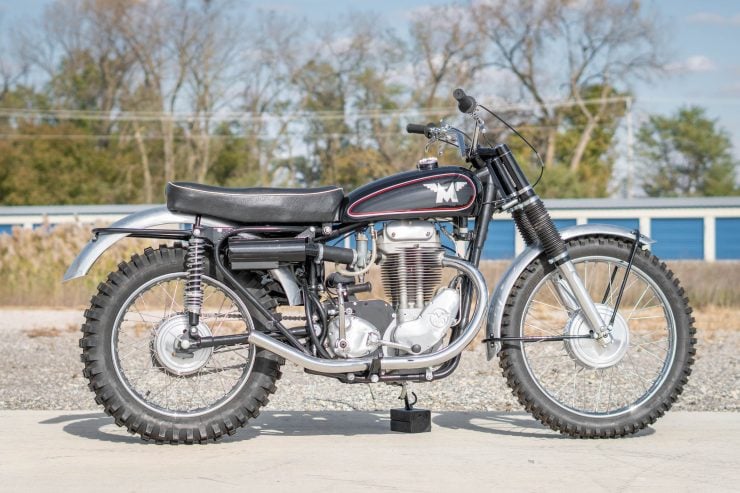 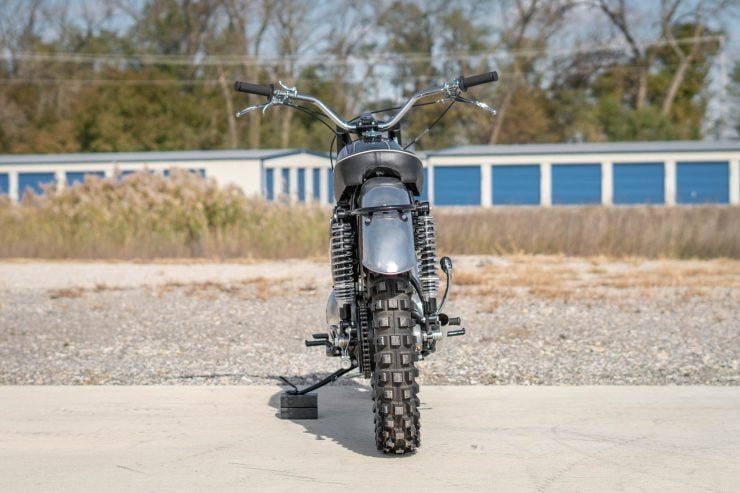 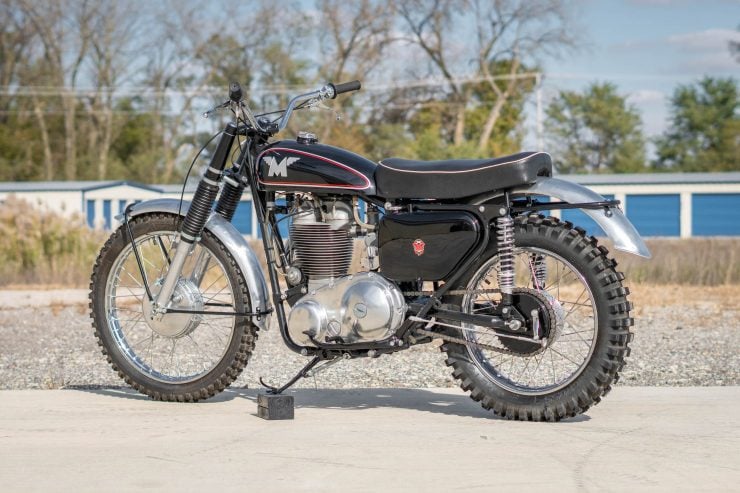