Editor’s Note: This article is the first in a new series we’re doing on Silodrome, in this series we’ll be asking owners to tell the story of their vehicle in their own words. Stories like this are often fascinating and far more relatable on a personal level. If you have a story you’d like to tell you can contact us here.

I came of age just around the end of Triumph as a motorcycle and as a company but I had always liked British bikes and in 1982 I bought a Triumph Bonneville. It was almost new with 1500 kms on the clock but it had been dropped by a young kid, it scared the hell out of him so much he traded it back to the store he bought it from.

Whether it was good luck or good management I can’t say but i just happened to walk in the store the very next day and bought it for $1,800.

Its tank was banged in, front mudguard and, as I found out later after a bone-shaker ride, one rear suspension unit bent. Having bugger all money as student I used body-filler on the tank and chrome painted it. Looked pretty good! So good, in fact, that it was stolen from University four months later. Uninsured, gone forever.

Ah, well, you can’t always have all the good luck, it has to go around. I could not afford another so it was down to a 175cc Yamaha. But I never forgot that handling. So light but so dependable. Not like the Harley I had much later that felt like steering the Queen Mary, the Bonnie would always get you out of a scrape, even if you entered the corner incorrectly, like too fast or not anticipating how steep it was, just lean down harder and it would take you through. 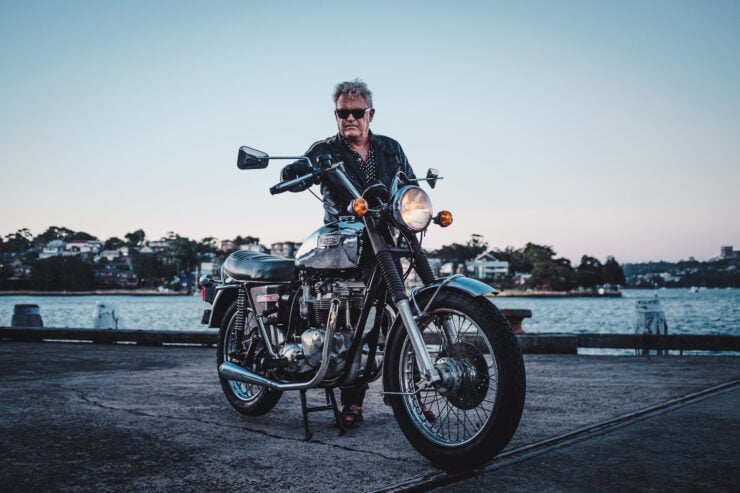 I had an older one off a mate for some years after that that I would ride down to Canberra (in winter). Rarely would it start in the cold and refined air of our capital city but fortunately it has hills and once warm was fine for the long and dreary ride home. Not too many corners to enjoy let me tell you but the same dependable old Bonnie.

So, years later, kids later, wife later, when I had a stash to myself again finally, I started looking round and what should come up but an original 1973, Triumph Bonneville 750cc with only 5,500 miles on the clock. I spoke to the guy, from Queensland, and he assured me it was original, he had bought it off the original owner and never got round to finishing the project. So, down it came to Sydney, very tired-looking and dirty.

It had the original British shaped tank in a kind of dirty rusty brown colour and the two rubber tank pads but I never like that tank and it was in poor condition so I bought a brand new one from South Asia with very handsome chrome and black blaze with gold lining.

I guess I felt a bit bad, not keeping it original, but I do still have the original and may set it up that way one day. Strange that no-one else seems to like it, there are very few examples. It already had the slight riser bars, someone had obviously changed the original flat British originals. 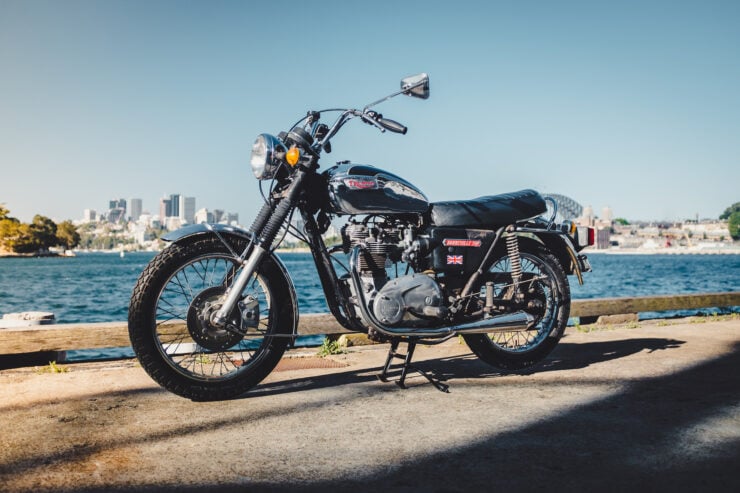 Tickle the little Mark 1 bleeders, chokes fully on, push until you feel compression, then a big push-kick. Nothing. Ah! you have to turn the ignition on. Feel and push once again; it started first time! Bugger, I thought, can’t be a real Triumph if it starts first time. Ask Dirty Harry. It started first time after maybe 25 years and a birthday party.

Well, a few things evolved, I did go electronic ignition, New Mark I carbies and my new-found mechanic friend (who reckons it’s now the only Triumph Bonnie that does not leak oil in Australia) changed a couple of gaskets. And here you have it, a working example of the last right hand gear change Bonnie with a virgin engine and gearbox, 5,500 miles from brand new.

How does it go you ask? Very well. Starts first time every time, even after storage, handles just like I remember they do, light, dependable, great riding position, just eats corners if the tyre pressure is just right, likes to be warm and asks respect when its cold.

I guess it was, even by 1973, an anachronism but the Bonnie was surely one of the most charming and characterful motorcycles ever to grace the twilight of the once-great British industry.

If you’d like to contact Simon and buy this bike or chat to him about it you can use this contact form and we’ll connect you with him.

Images courtesy of Andrew Jones from Machines That Dream ©2020 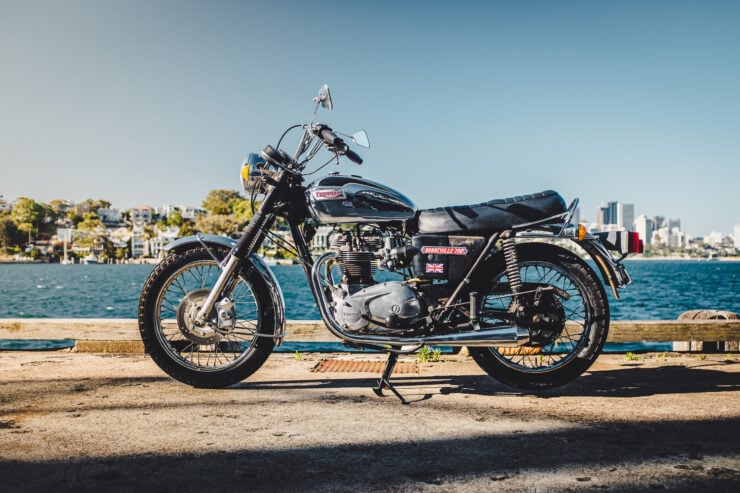 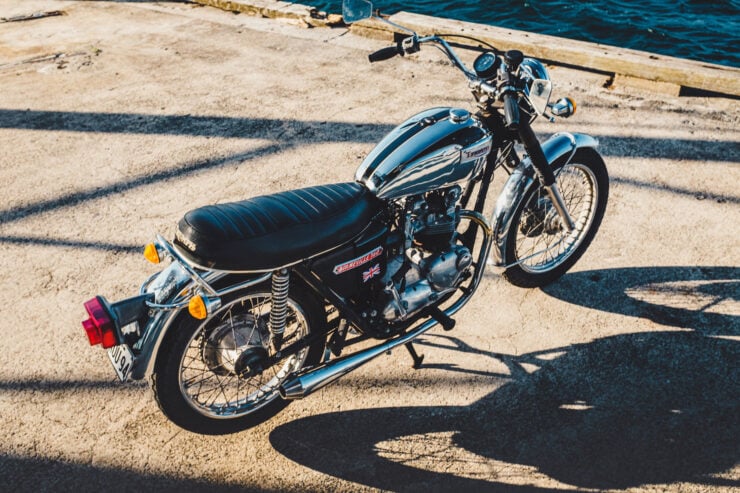 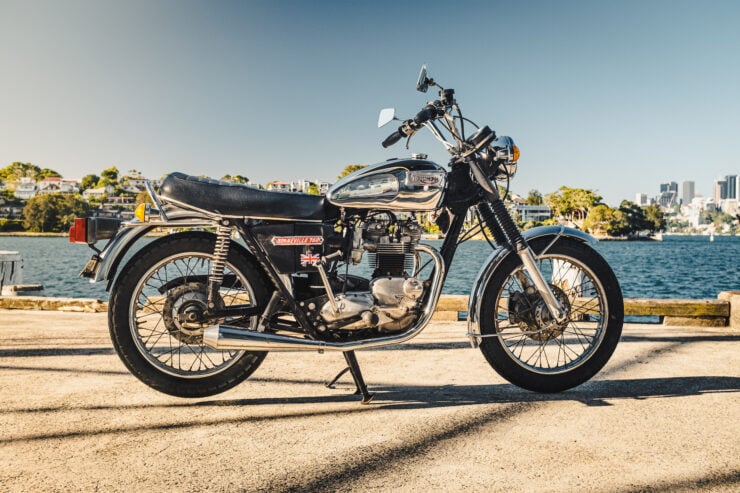 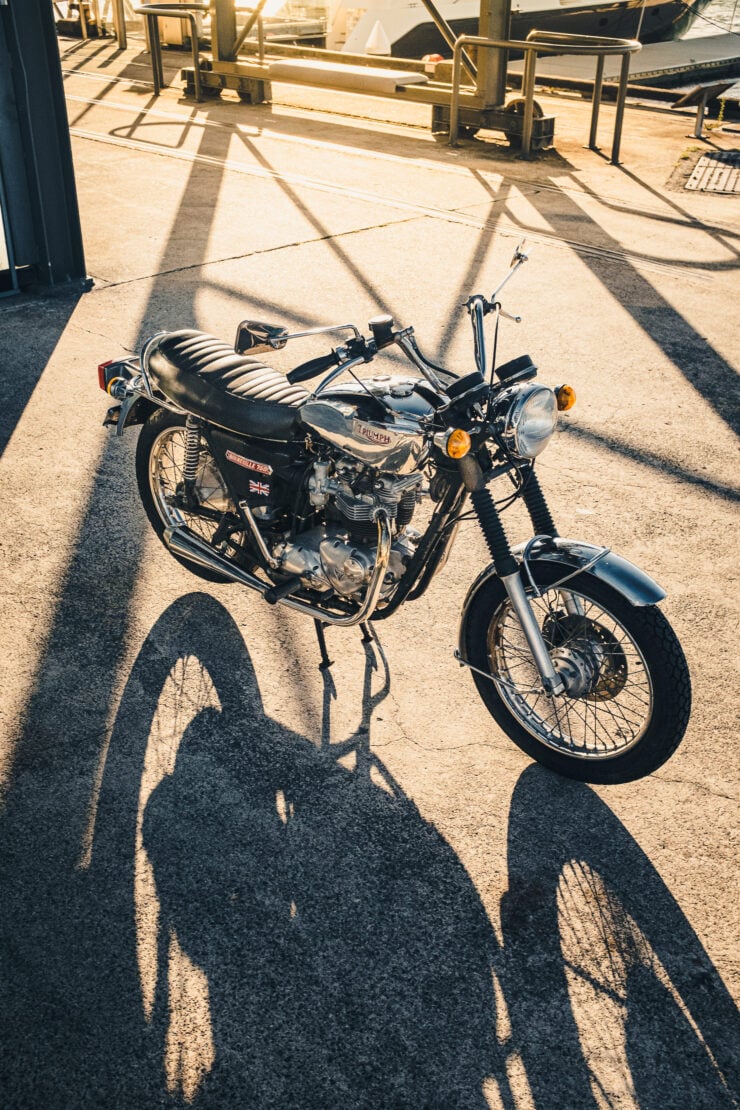 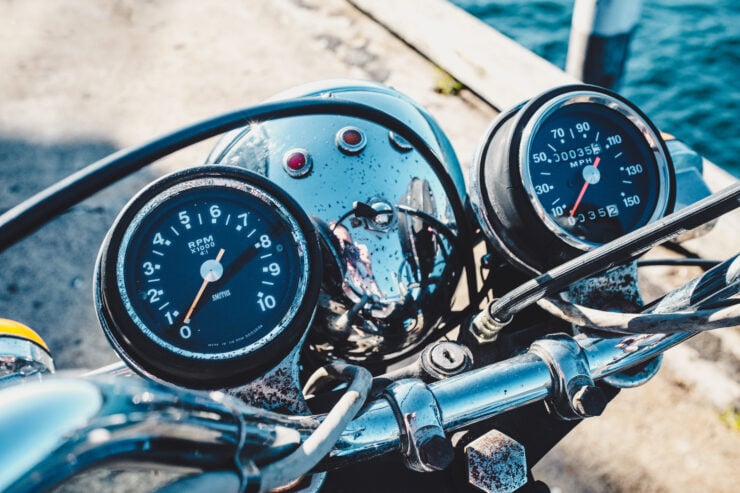 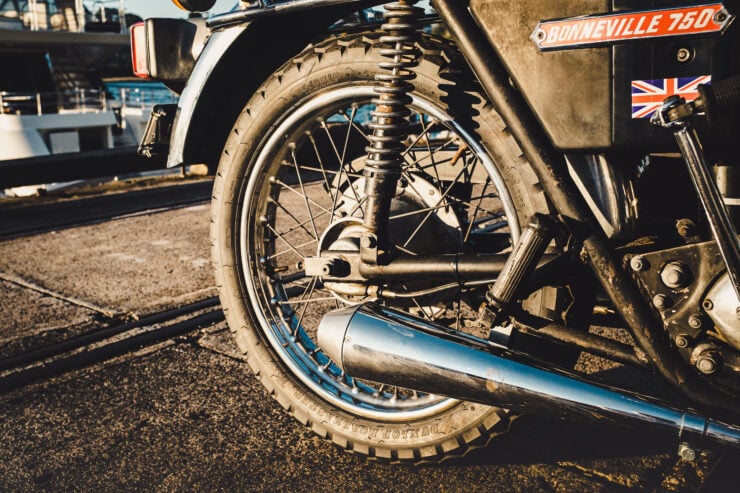 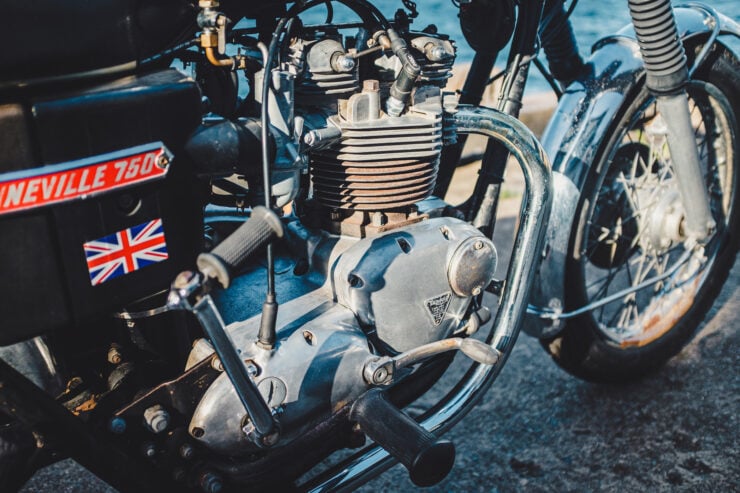 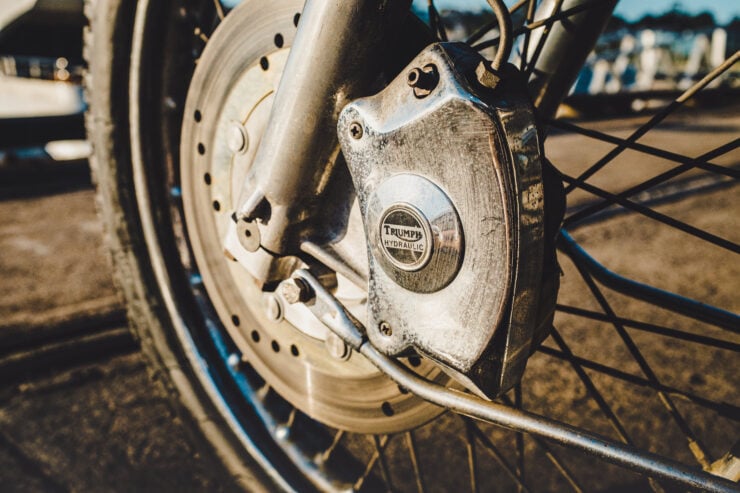 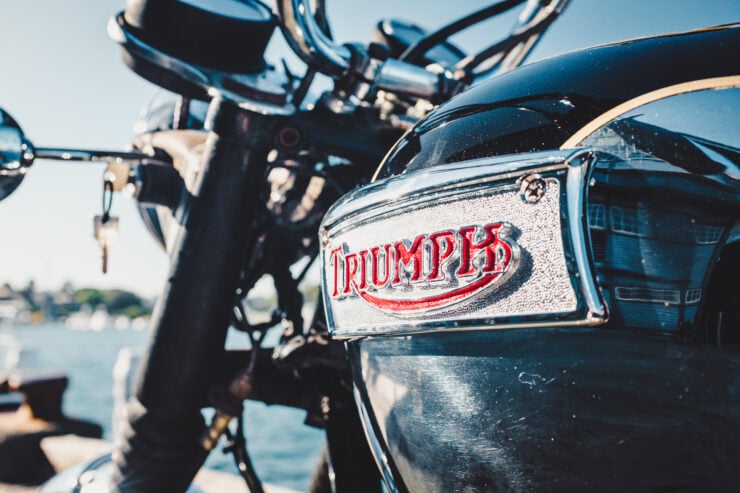 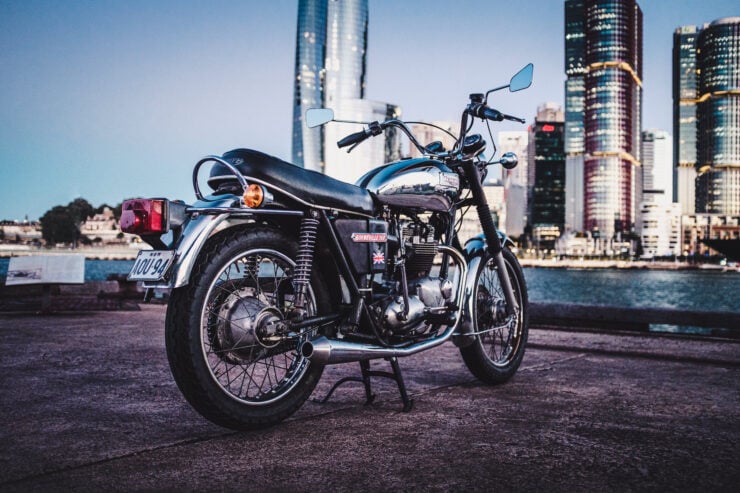 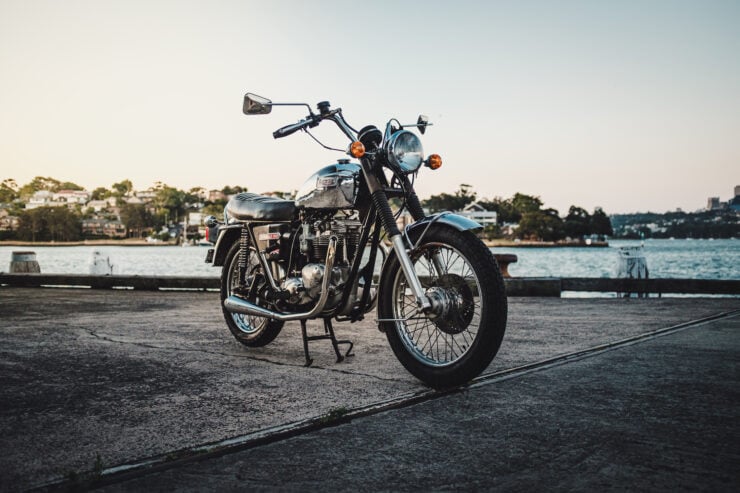 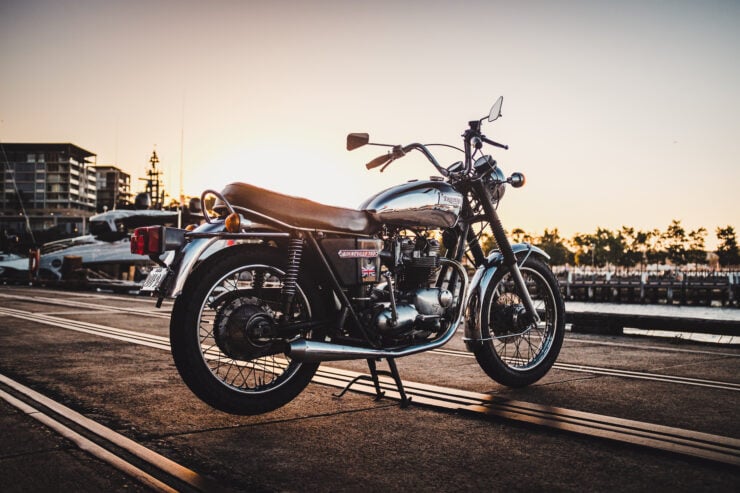 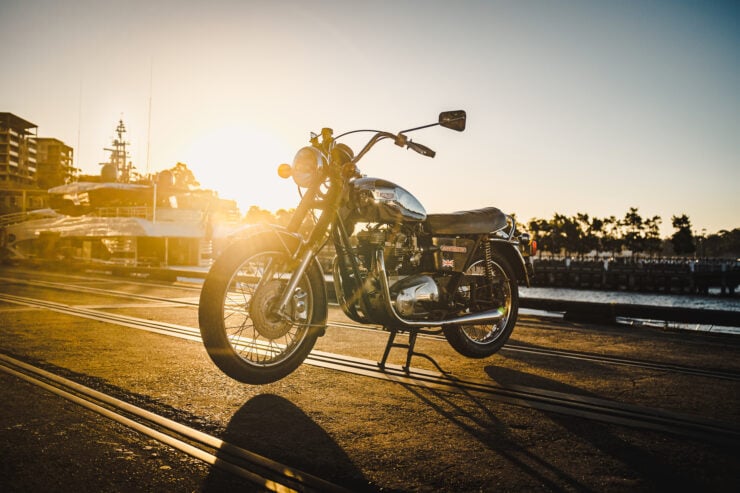 The post Simon’s 1973 Triumph Bonneville – The Bike With The Chrome Tank appeared first on Silodrome.