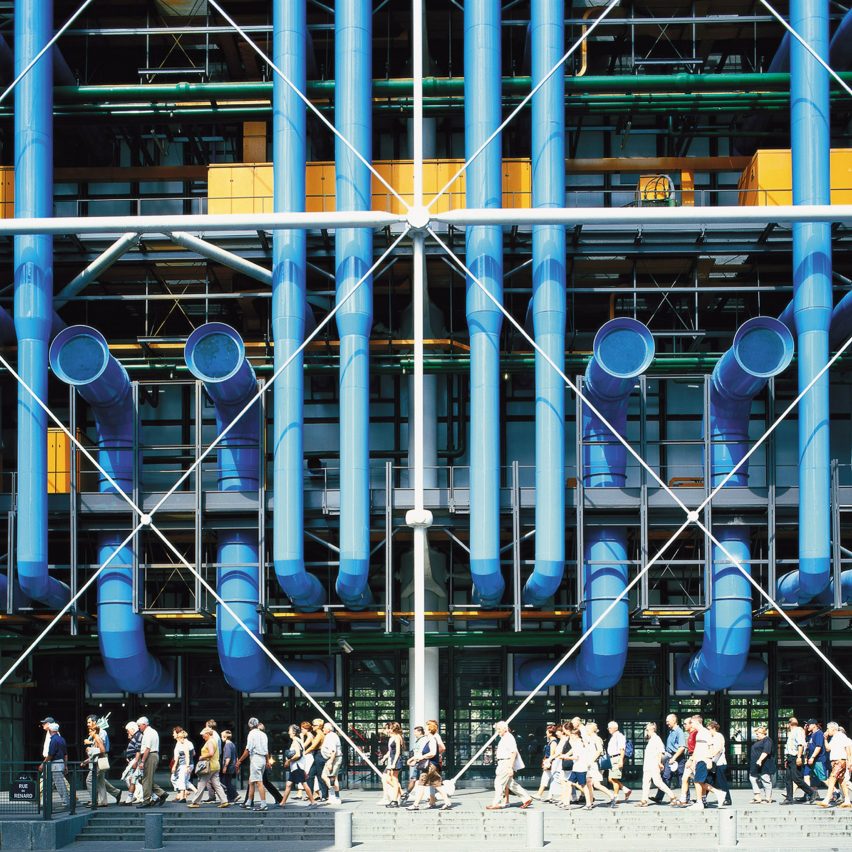 This week on Dezeen, we launched our series on high-tech architecture, which is covering the movement’s buildings and key figures over the course of the next few weeks.

So far, features on the late 20th-century architectural style have included an overview of high-tech’s history and a profile of architect Richard Rogers alongside a study of what is perhaps his best-known building – the Centre Pompidou in Paris.

The Reliance Controls factory, designed by Rogers alongside fellow high-tech giant Norman Foster, was also explored as another building that wears its structure on the outside.

In architecture news, two projects are set to be built within the Arctic Circle in the northernmost parts of Norway, both designed to get visitors closer to the area’s unparalleled attractions.

Local architecture studio Snøhetta unveiled plans for a visitor centre at the world’s largest, secure seed-storage, while one of the planet’s best whale-watching spots will soon be home to a Dorte Mandrup-designed viewpoint that appears to grow out of the surrounding landscape.

The robust discussions from Dezeen Day continued as we reported on architect Patrik Schumacher and educator Harriet Harriss facing off about whether preventing students working overtime would have a “paralysing” effect on the industry.

The conference also played host to a similarly controversial clash between designer Richard Hutten and the CEO of the Ellen MacArthur Foundation about whether plastic recycling is “bullshit”.

Elsewhere, a design project that has recycling at its core is a rubber pavement made of re-purposed tyres that can repair itself when it rains, which won the Mexican national prize at this year’s James Dyson Awards.

A bioplastic raincoat, created by New York designer Charlotte McCurdy hopes to replace petroleum-based plastic all-together through a material that is entirely made of algae and captures existing CO2 from the atmosphere.

In North America, controversial social-networking company Facebook has changed the branding it uses on the various other social-media platforms it owns such as Whatsapp and Instagram, to distinguish the apps from the company that operates them.

Meanwhile, musician Pharrell Williams made his latest foray into architecture with a residential building in Toronto that consists of two towers joined by a podium.

In a slew of hotel news, Sordo Madaleno Arquitectos unveiled the design for an upcoming resort in Mexico that will feature concrete, creature-like suites, and fitness brand Equinox opened its first hotel in New York, designed by David Rockwell and Joyce Wang.

A number of old buildings have also been restored to house guests, with a 1950s Miami hotel revamped courtesy of the Arlo Hotel chain and an art-nouveau house in Romania turned into a boutique hotel by UK practice Manea Kella.

Other popular stories this week included a Slovenian spa whose swimming pool is enclosed by a geometric roof, a COS fashion collection drawing on Bauhaus design principles and an “invisibility cloak” that can conceal people and buildings.

The post This week, high-tech architecture came back into focus appeared first on Dezeen.