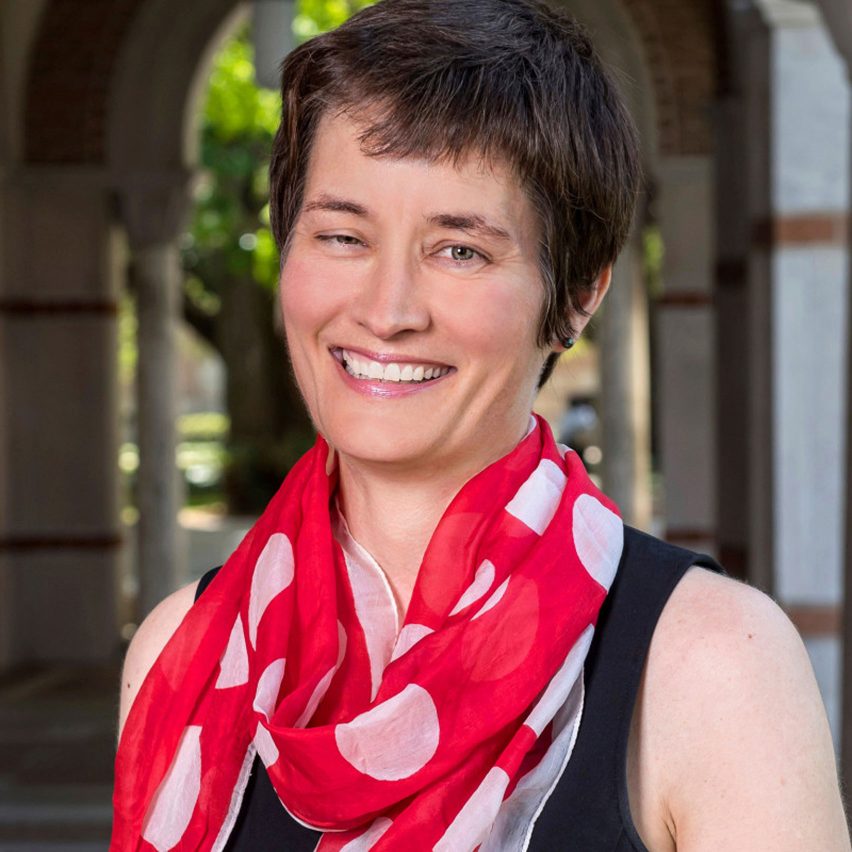 Whiting will become the first female dean of GSD since it was founded in 1936. She will assume the role on 1 July, succeeding Mohsen Mostafavi, who has served in the position for 11 years.

Whiting is currently dean of Rice University School of Architecture in Houston, Texas, where her firm WW Architecture is also located.

She said she was “thrilled” with the appointment at the school at Harvard University in Cambridge, Massachusetts, which encompasses architecture, landscape architecture and urban planning.

“It is altogether tantalising to look across the school’s three departments, with their individual and collective capacities to shape new horizons within Gund Hall,” Whiting said in the statement released by the university.

“And it’s even more enticing to envision working with the GSD’s remarkable faculty, students, staff, and alumni to help imagine and create new futures for the world, not just at Harvard but beyond.”

Whiting’s appointment follows a successful stint as Rice’s dean. Since taking on the role in 2010, she is credited with transforming the curriculum, and establishing innovative new studios and facilities.

Her accomplishments at the Houston school have been recognised by a number of awards, including educator of the year by the publication DesignIntelligence, Architectural Record magazine’s Women in Architecture programme and by the Houston chapter of the American Institute of Architects.

Whiting is the latest woman to lead a major US school

Harvard GSD is one of the world’s most prestigious graduate schools for architecture and the built environment. Alumni include Frank Gehry, IM Pei and Jeanne Gang.

The school recently revealed plans to overhaul the main building at its graduate school. Led by architecture firms Herzog & de Meuron and Beyer Blinder Belle, the overhaul is intended to support “groundbreaking collaborations” between its programmes.

“Whiting is an outstanding leader”

Whiting has vast experience in architectural education, including a stint as a Harvard GSD faculty member early on in her career and a position as assistant professor at Princeton University‘s architecture faculty.

“Sarah Whiting is an exemplary academic leader and colleague,” said Mostafavi. “Her intellectual commitment to design education has enhanced the future of practice.”

Harvard Provost Alan Garber, who was involved in the selection process, also commended her “extraordinary reputation as dean of the School of Architecture at Rice.”

Alongside her education practices, Whiting runs WW Architecture with her partner Ron Witte. Founded by the duo in 1999, the Houston studio works on a number of project scales, including residences, interiors and urban designs.

She is also a celebrated scholar and founding editor of the Point book series, which focuses on architecture and urbanism.

“Sarah Whiting is an outstanding leader with broad interests that range across the design disciplines and beyond,” said Harvard University president Larry Bacow. “She has a keen understanding of the intellectual dimensions of design and its distinctive power to shape the world of ideas,” Bacow continued.

“And she has an equally keen understanding of design as a force for shaping the communities we inhabit and for engaging with some of contemporary society’s hardest challenges.”

Whiting herself has studied at a number of well-regarded US institutions. She gained her bachelors of arts from Yale University, her masters degree from Princeton University and a PhD in architectural history, theory, and criticism from the Massachusetts Institute of Technology.

She has also practiced with a number of leading architects, including Rem Koolhaas, Peter Eisenman and Michael Graves.

Portrait of Whiting is by Tommy LaVergne, courtesy Rice University.