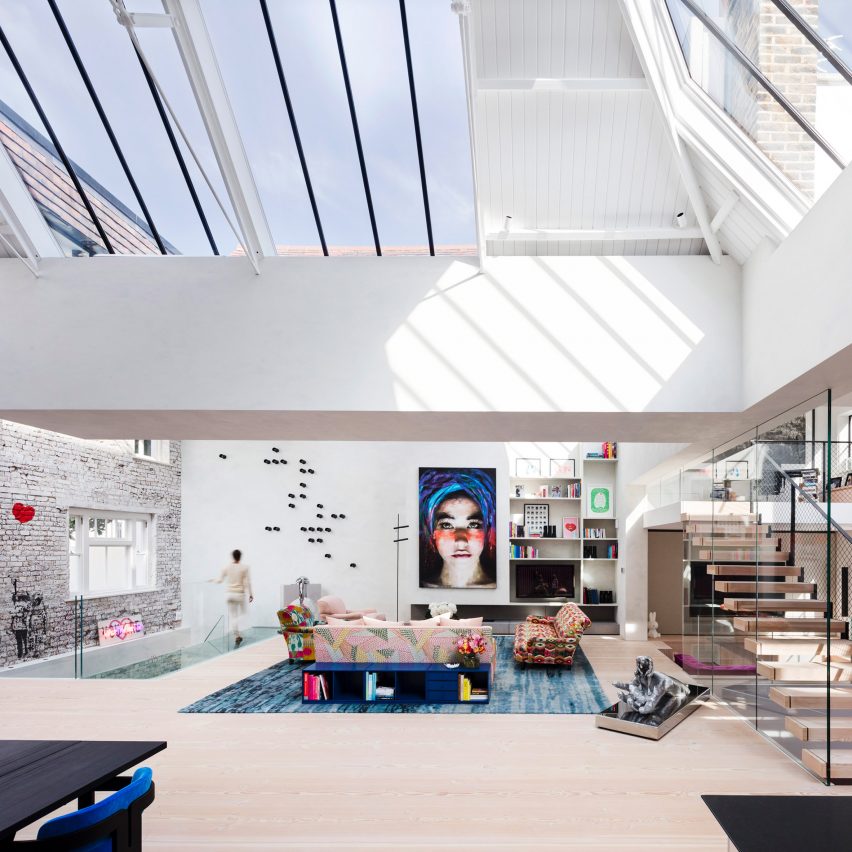 Rodić Davidson Architects has transformed a pair of artists’ studios that may once have belonged to JMW Turner into a lofty family home in London filled with eclectic furniture and striking artworks. 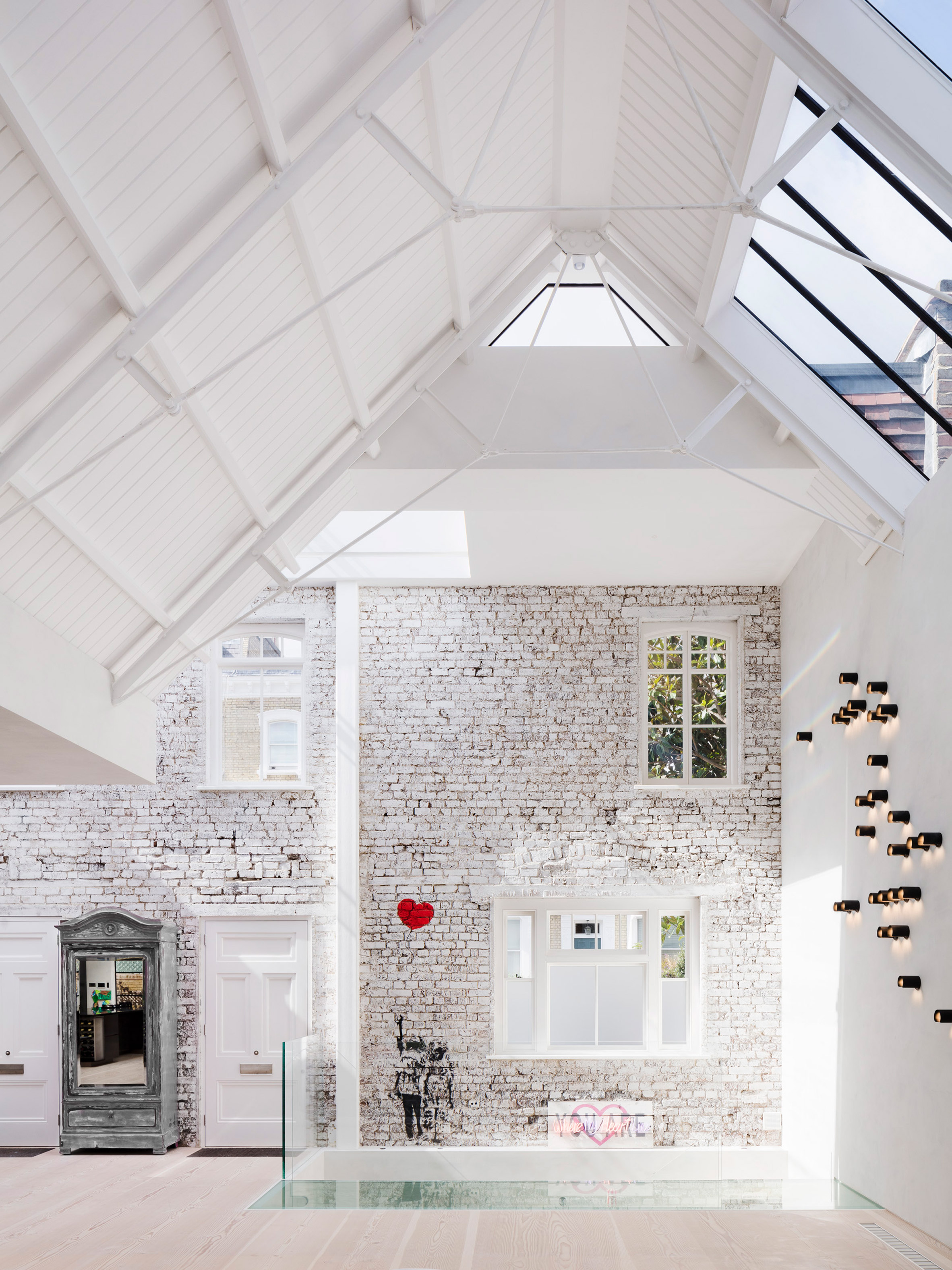 The property is located on Glebe Place in London’s Chelsea, a street where many celebrated artists took up residence in the 19th century, when rents were still relatively affordable compared to other parts of town.

It is named Turners Studio as a blue plaque on the side of the building suggests that these particular studios were occupied by the painter between 1811 and 1829, although the claim is unsubstantiated. 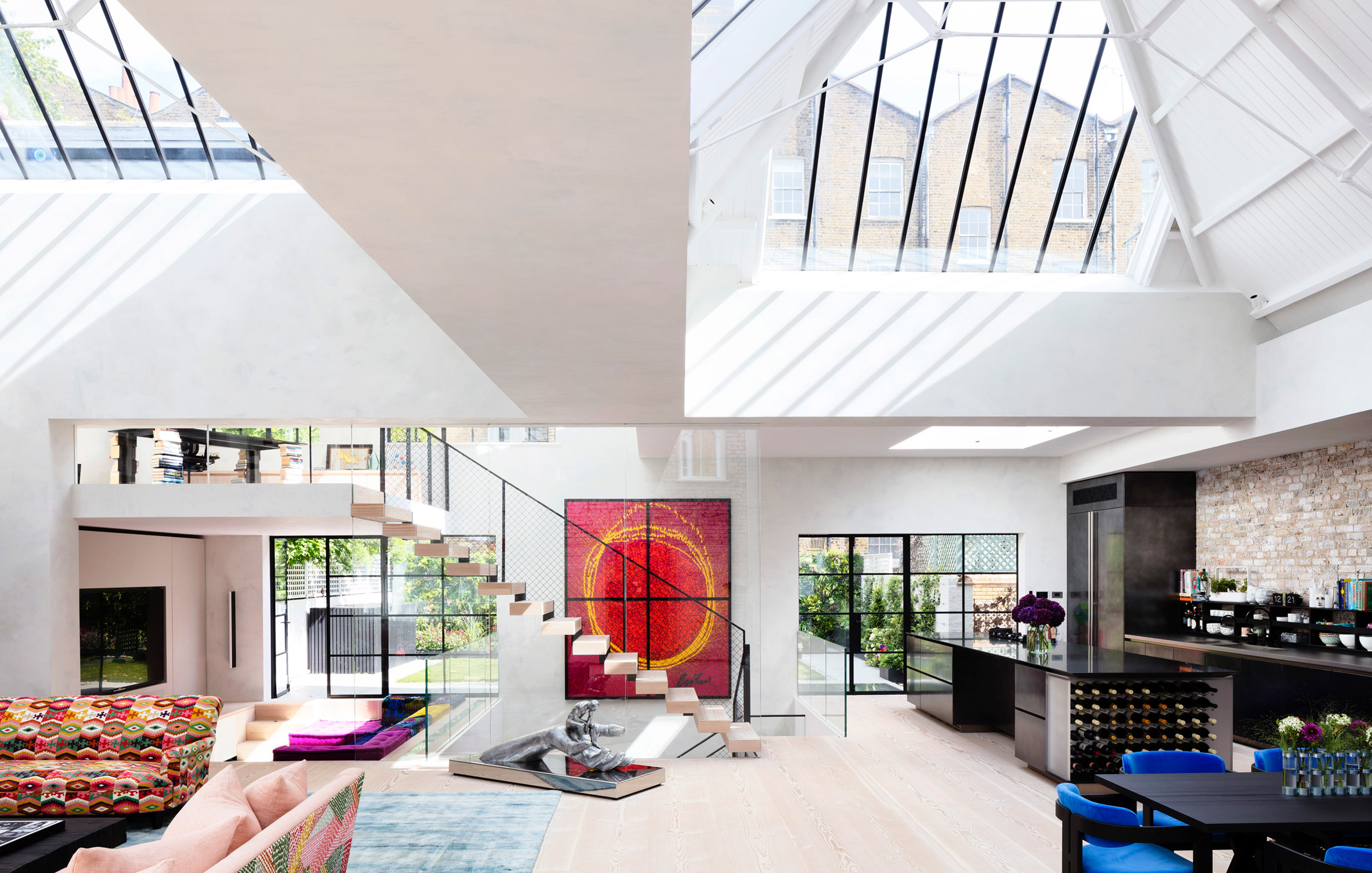 Rodić Davidson‘s transformation celebrates many of the qualities that made the buildings suitable for painting. 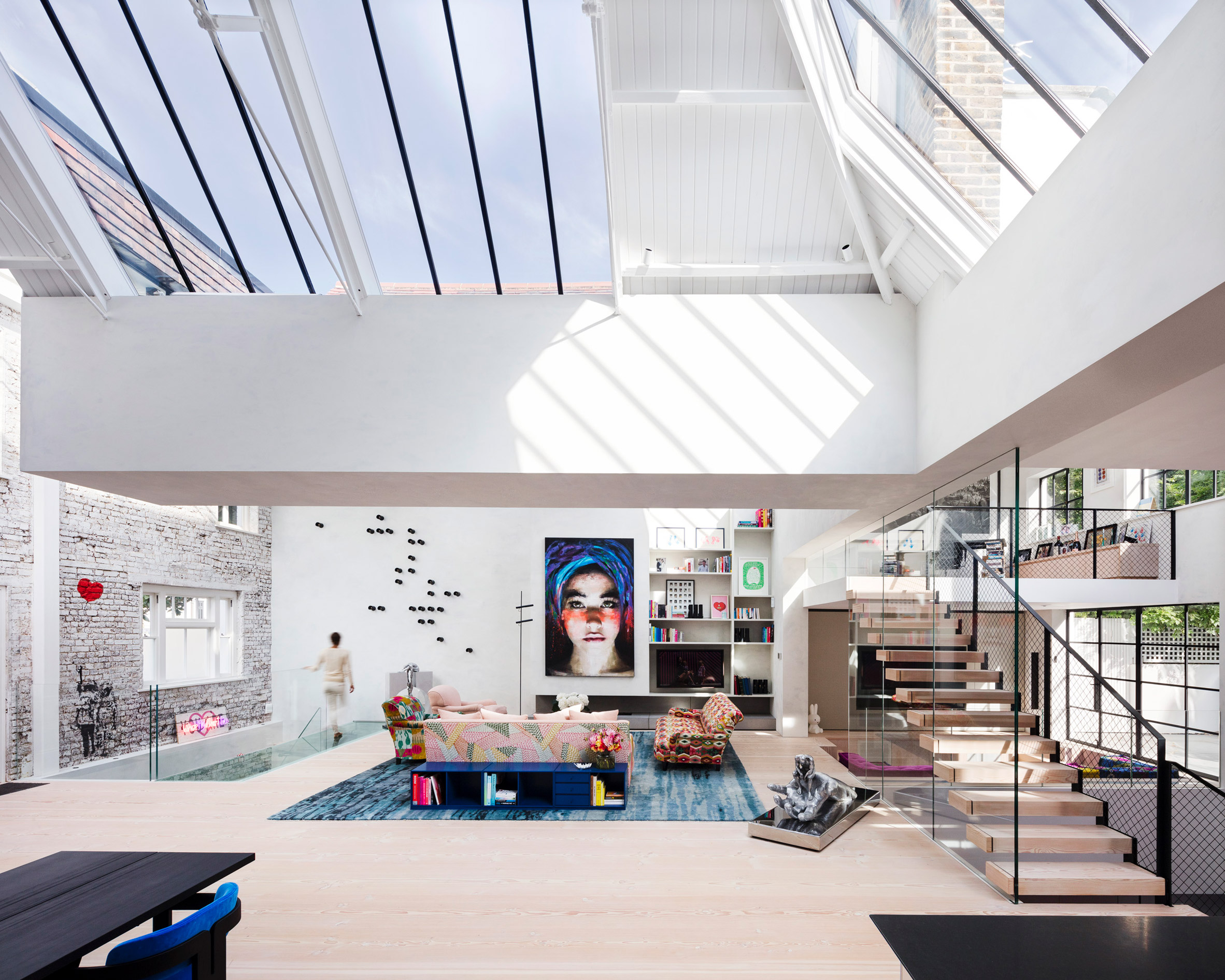 “Everything above ground was removed to create a single space of significant volume and filled with light,” he told Dezeen. 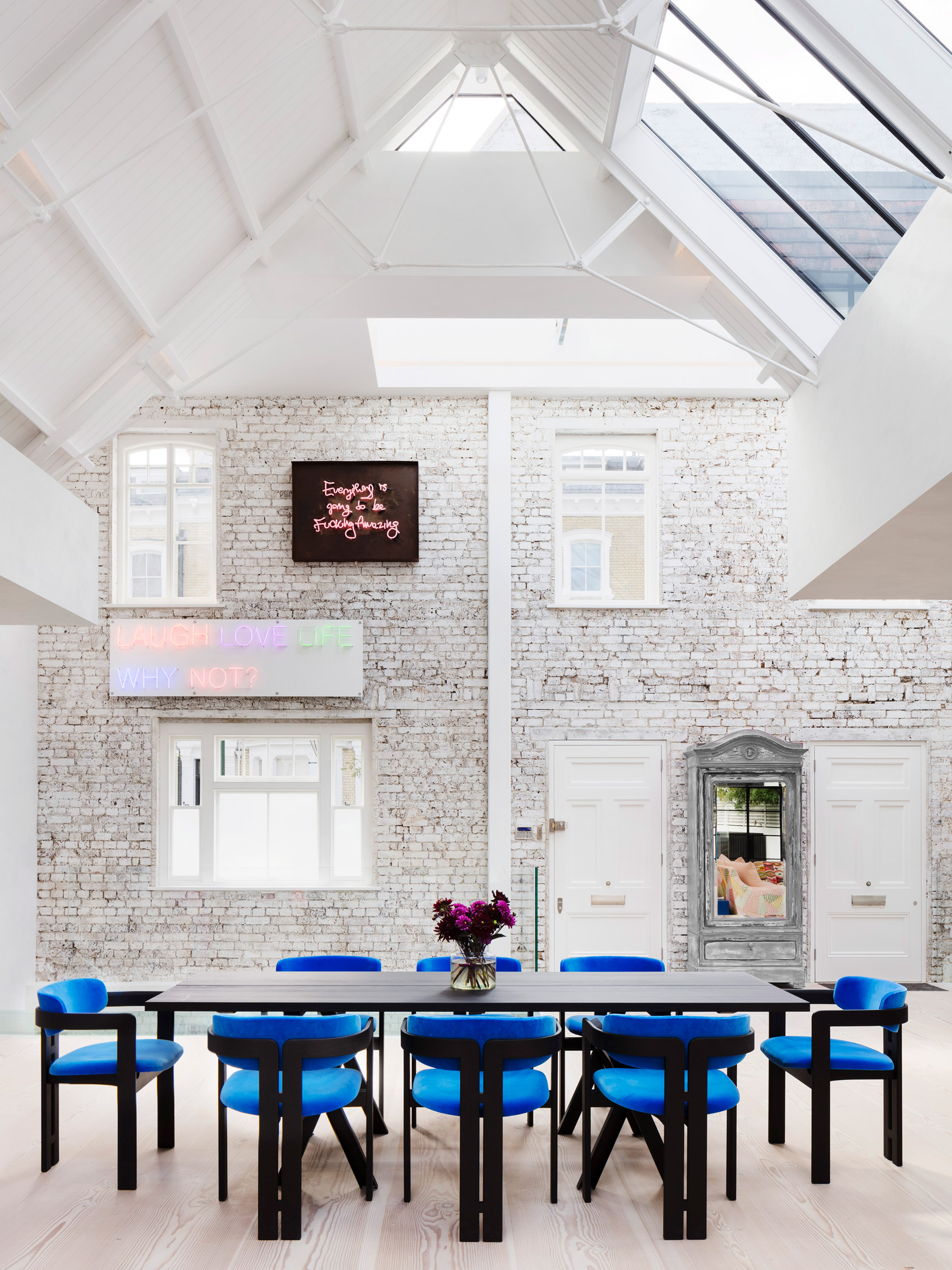 The architects had previously worked with the clients on their former home, located on the same street, which was completed before the couple had children.

The brief for this new project was to create a home big enough for four. 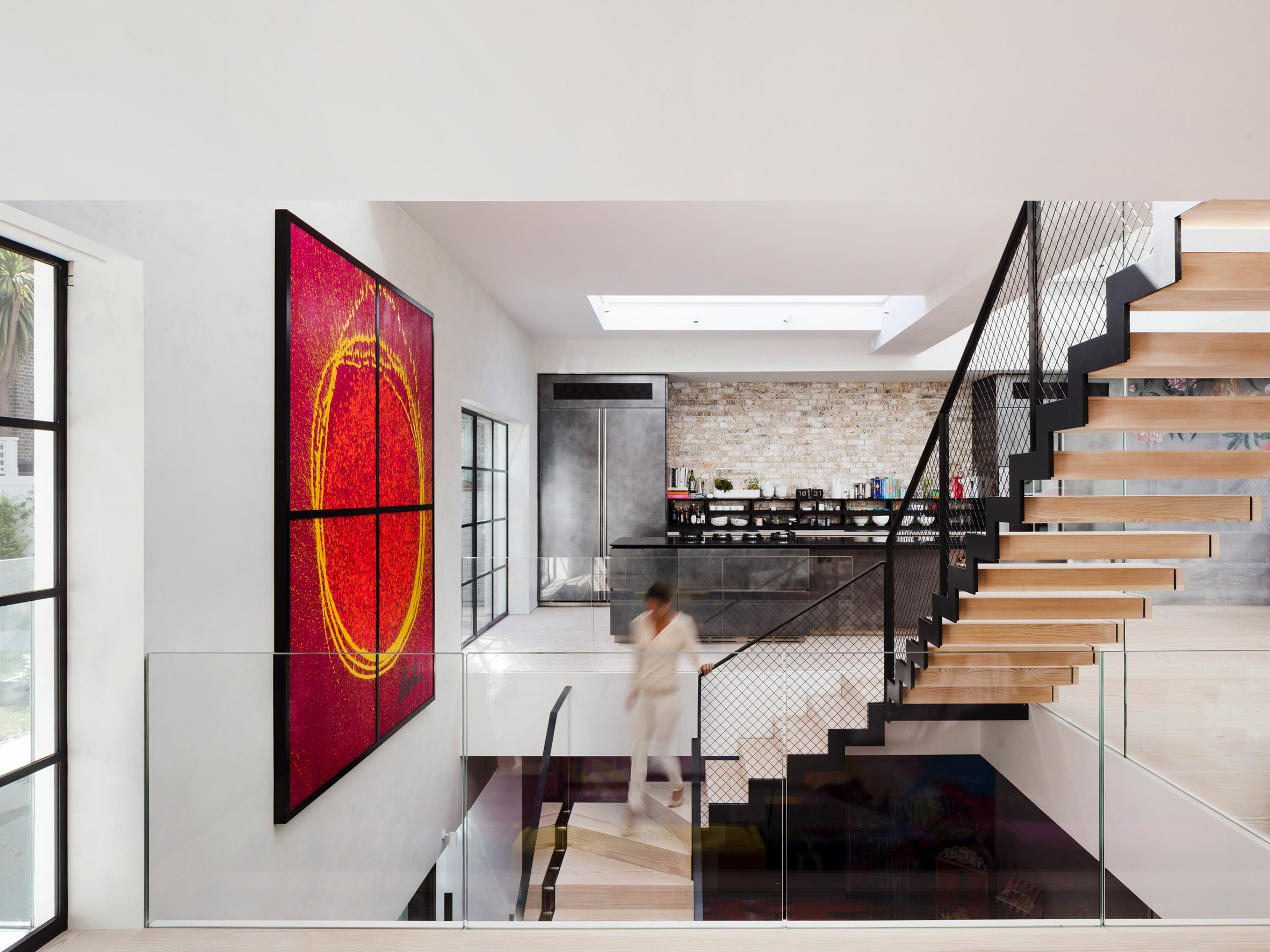 “The owners are very loving but are protective of their privacy,” said Davidson.

“They wanted to retain aspects of their previous home life while also creating a home suitable for a growing family. They also wanted to frame their collection of art.” 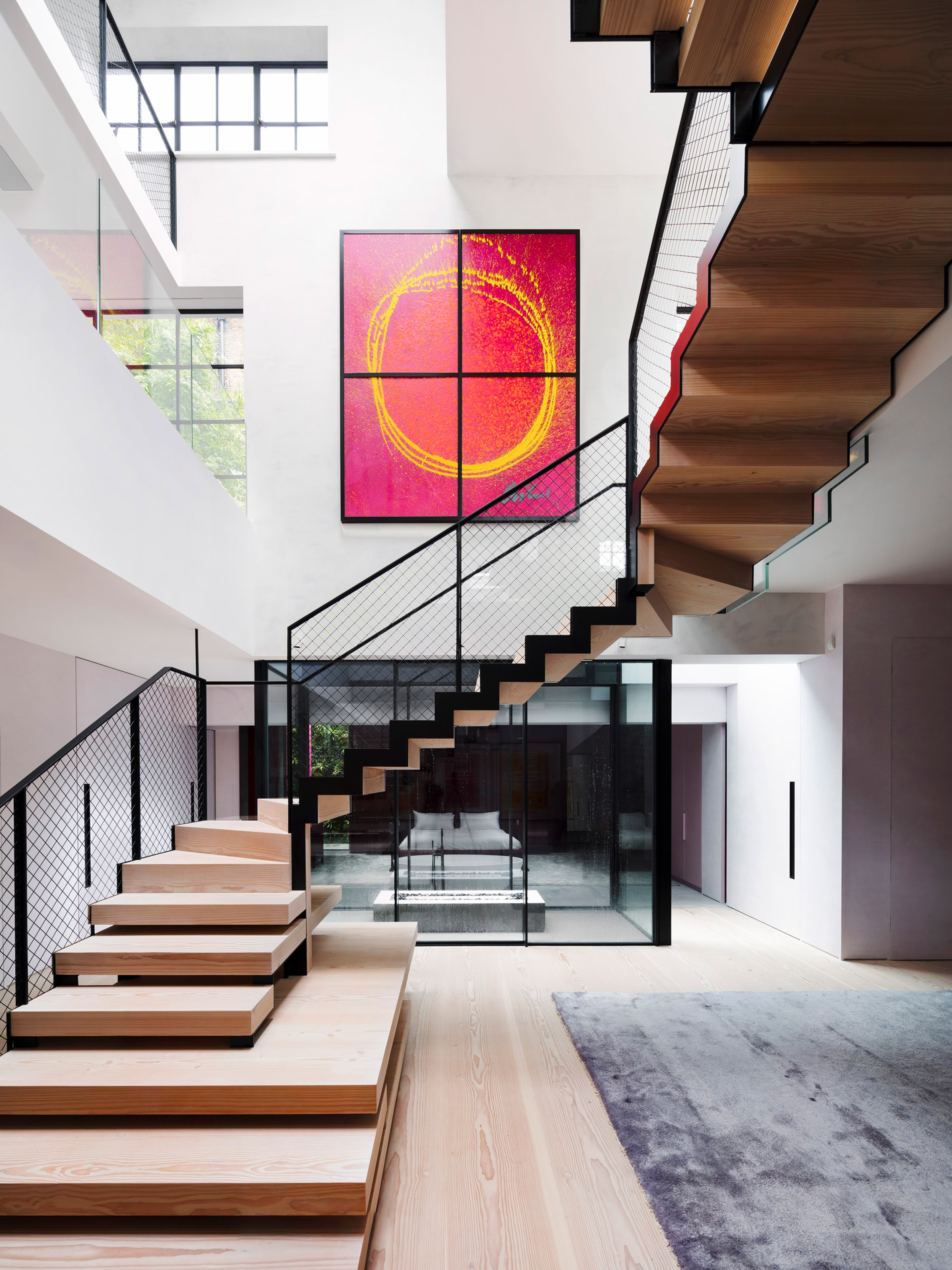 The new basement floor doubles the floor area of the original two properties, creating plenty of space for a master bedroom, two children’s bedrooms, a playroom and bathrooms.

This freed up the ground floor to become a single, open-plan space for lounging, cooking, dining and entertaining, which opens out to a rear garden.

A sunken snug is slotted in one corner, with a study located on a mezzanine above. 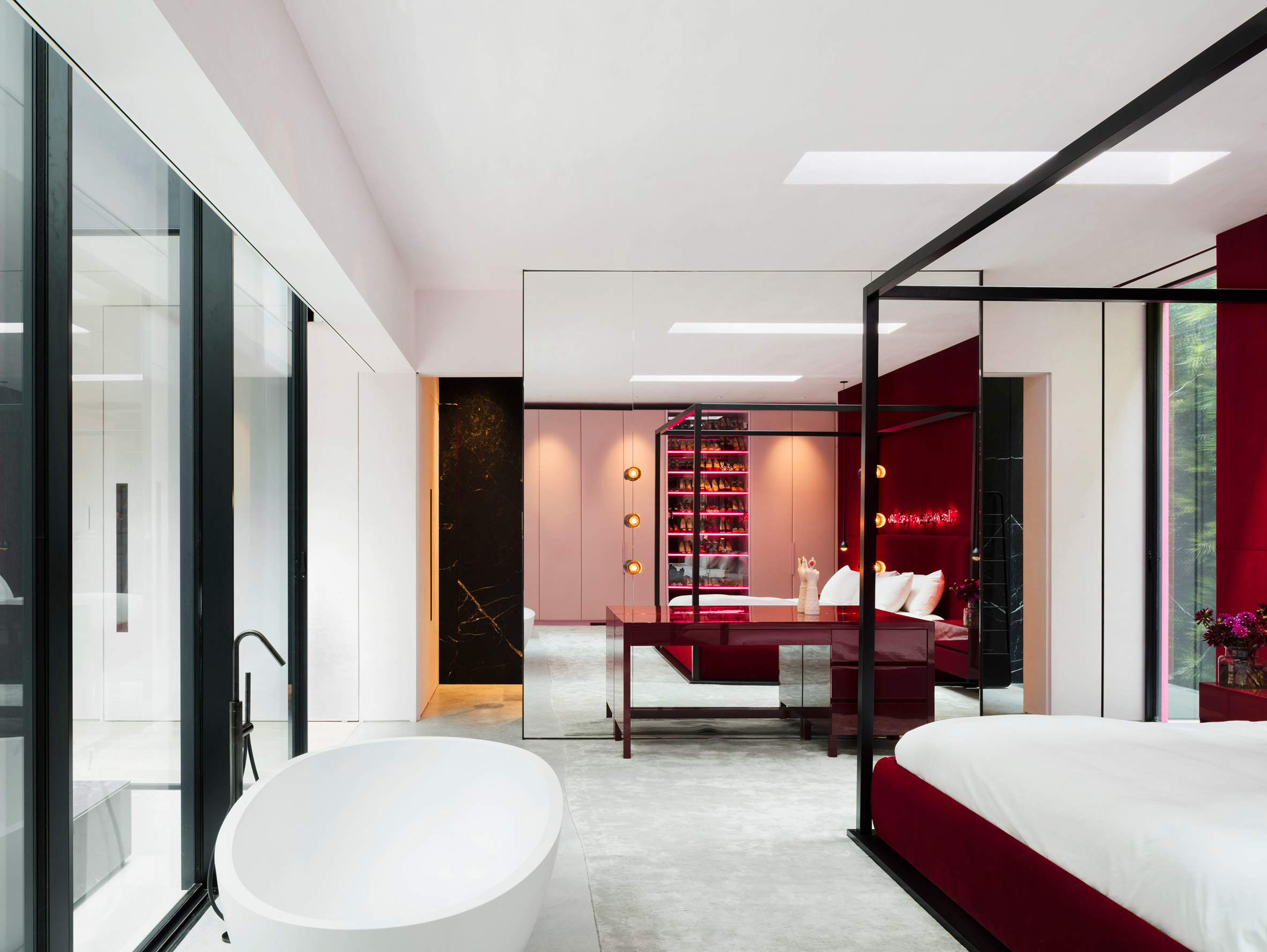 The plans centre around a central stairwell and a light well, which both help to ensure plenty of daylight reaches the basement.

“We used the proportions of an interior courtyard of the riad in Marrakech where we had stayed during one of our office trips,” revealed Davidson. 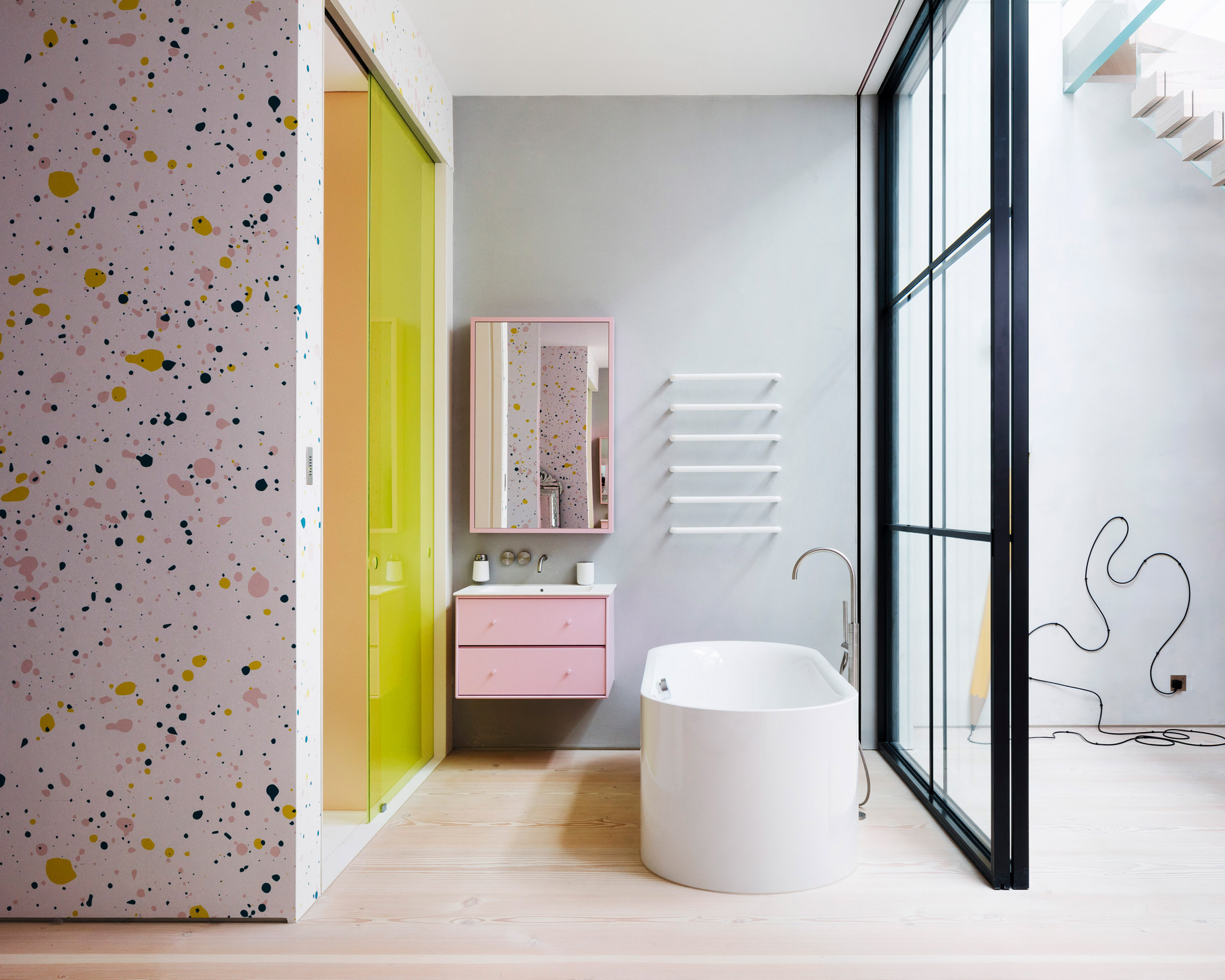 Artworks are dotted across the walls, including on the exposed, whitewashed brickwork that forms the rear of the original facade. Their bright colours are matched by patterned sofas and royal blue dining chairs in the living space.

There is also plenty of colour downstairs, from the splatter-style wallpaper in the children’s rooms to the deep red hue of the master bedroom. 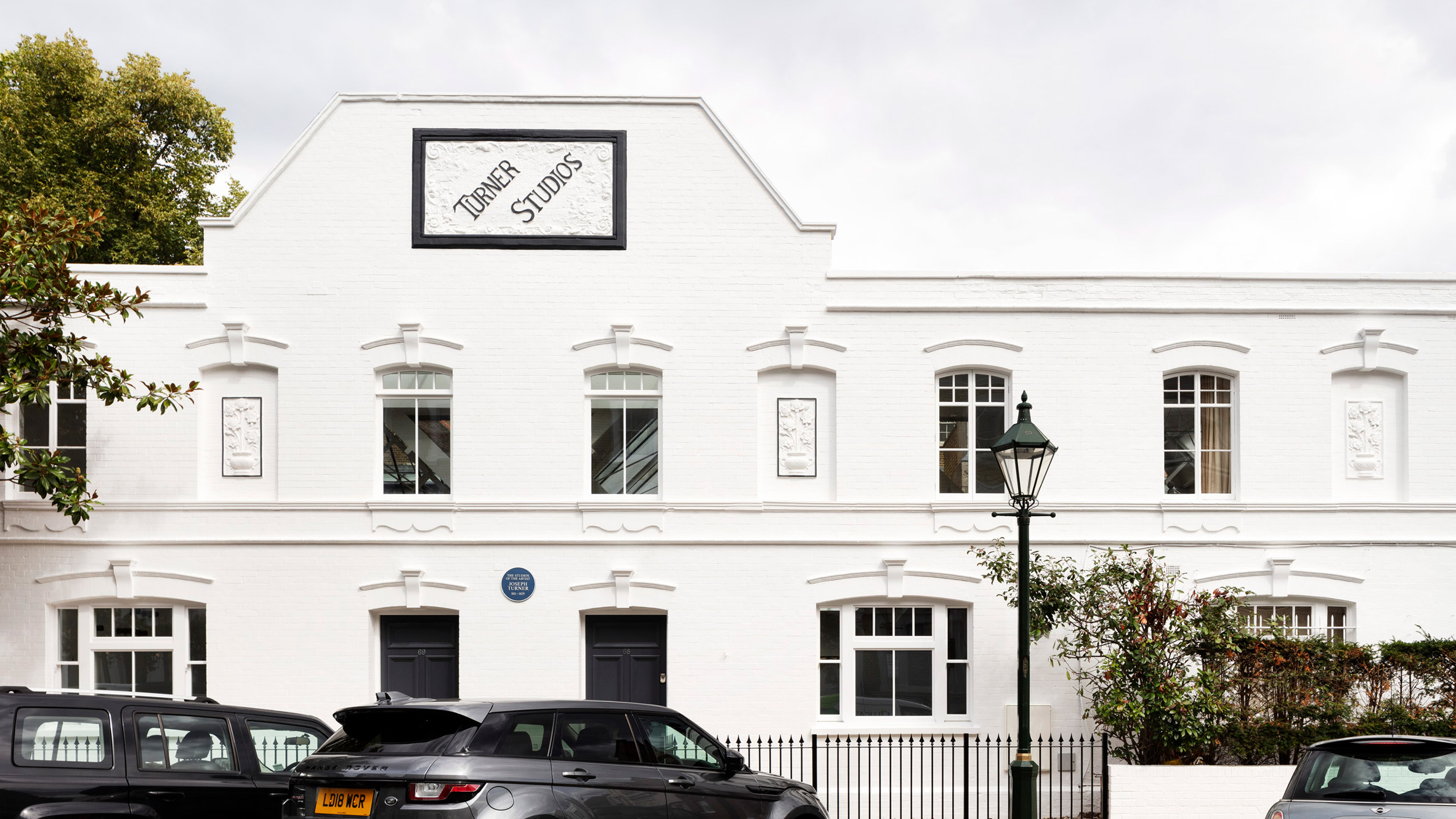 Rodić Davidson Architects has studios in London and Cambridge.

Previous projects by the firm include a black-stained house in Dungeness and a garden shed built to the proportions of a historic workbench.

Photography is by Rory Gardener.