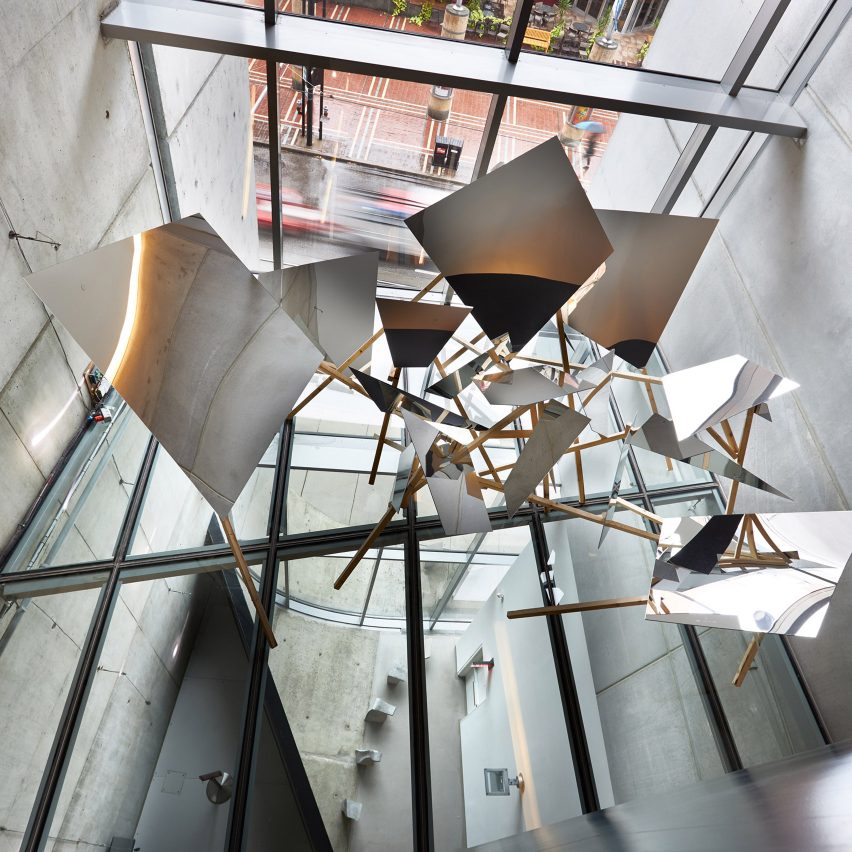 Artist and architect Lauren Henkin has created a series of sculptures to fill “unintended” installation spaces in the Contemporary Arts Center in Cincinnati, Ohio designed by late architect Zaha Hadid. 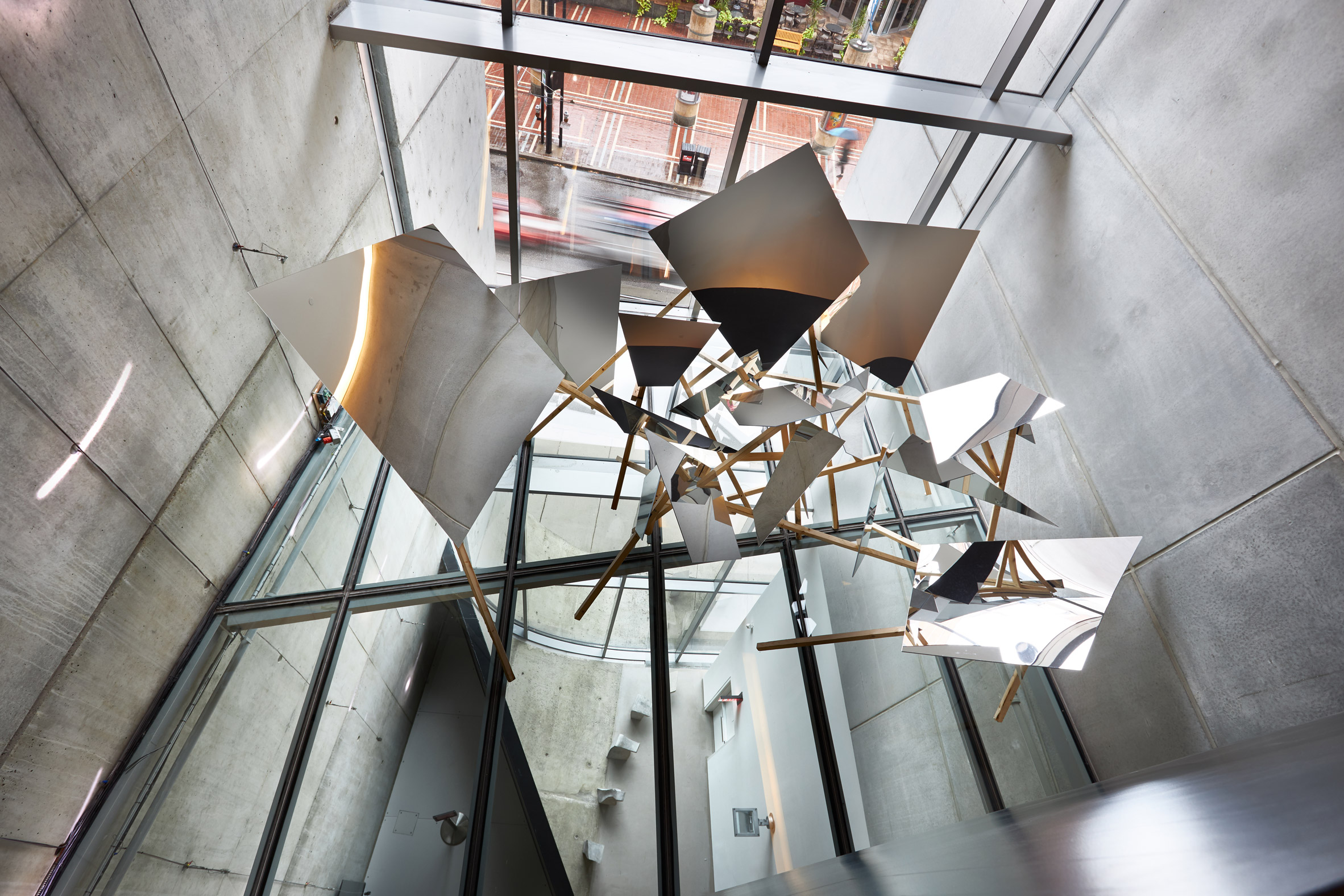 Cincinnati’s CAC will unveil Props, an exhibition of eight “site-responsive” sculptures by artist and architect Lauren Henkin, to the public on 22 November 2019.

Henkin created her debut sculpture collection to be an artistic “interrogation” of stylistic elements that define the museum’s structure, which was completed by Hadid in 2003, marking her first project in the US and the first-ever major museum designed by a woman. 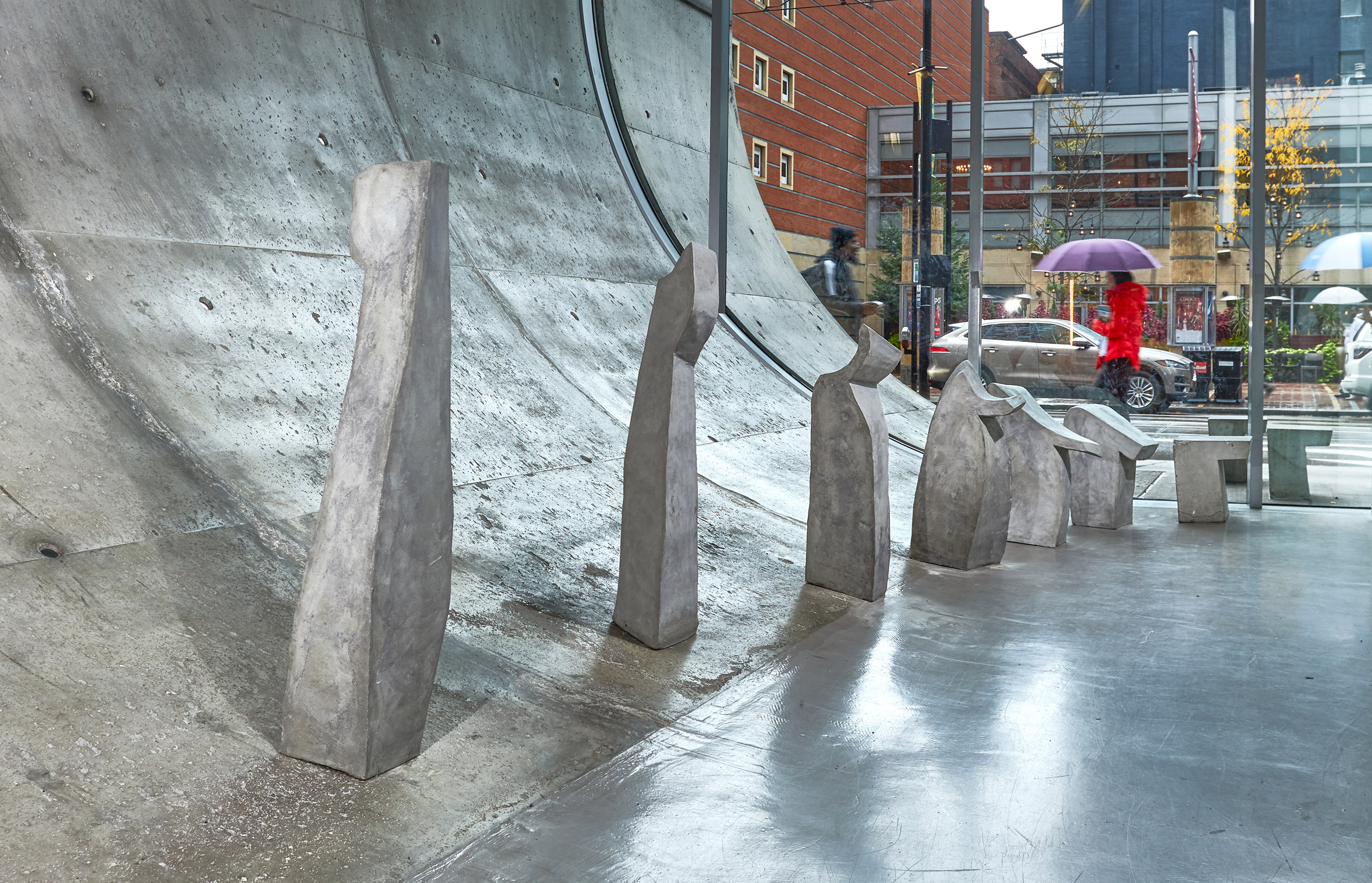 The CAC’s curator, Steven Matijcio, commissioned Henkin to fill 95 cubic metres of unexpected install locations in the building with works inspired by the unused spaces.

“We contemplated how her provisional sculptural interventions could activate in the CAC’s Zaha Hadid building, which was designed to disorient audiences and open them up to revised forms of navigation through museum space” Matijcio told Dezeen. 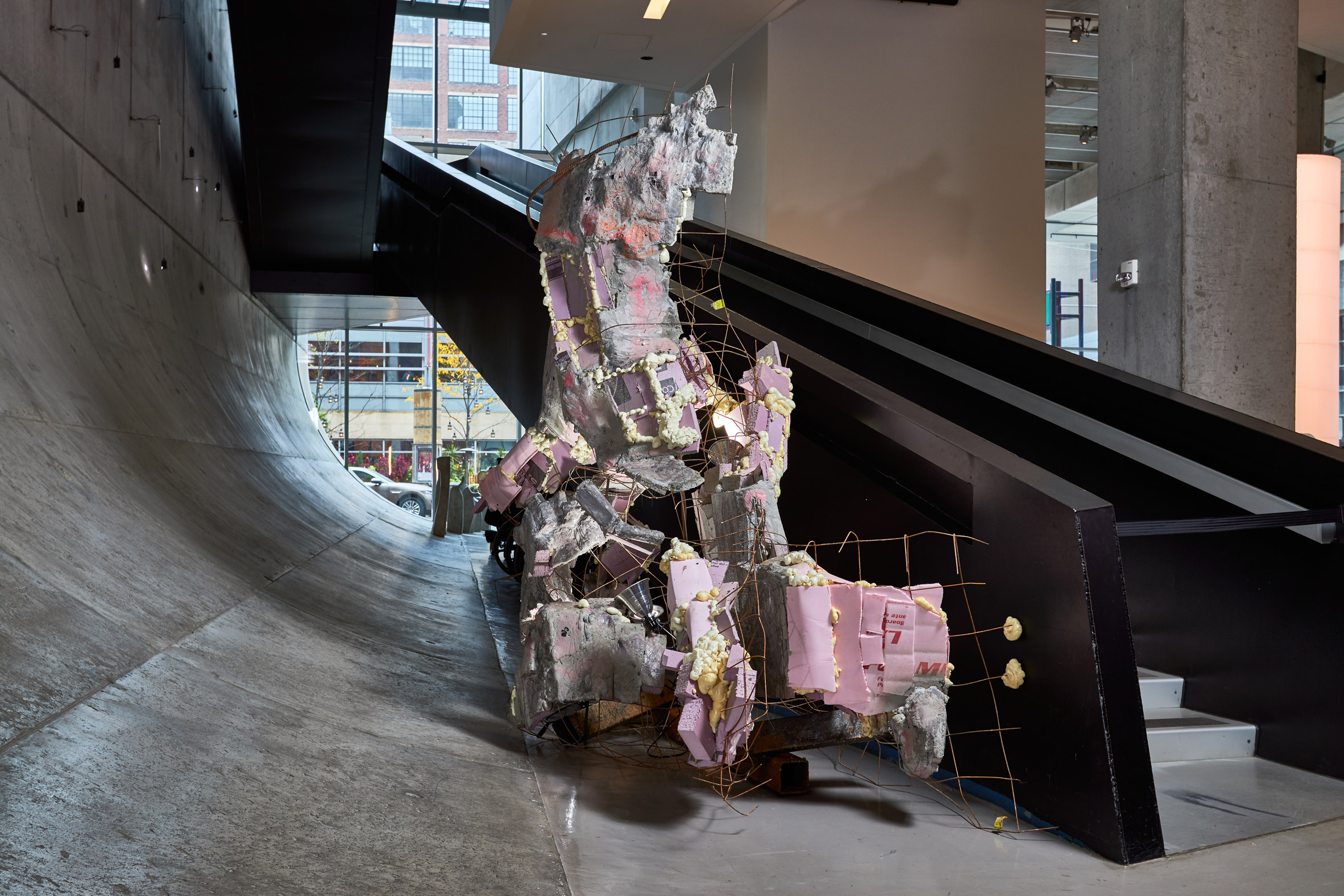 The “props” on show are intended to boost viewers’ consideration of Hadid’s own gestural, formal, and functional intentions.

Henkin aims to achieve this by using construction materials, like lumber, PVC pipes and wires – many coming from the utility closets around the museum – and by placing the sculptures outside the standard exhibition spaces.

“I wanted to break the formality of those marks by using materials that felt rough, unkempt and unexpected,” Henkin told Dezeen. 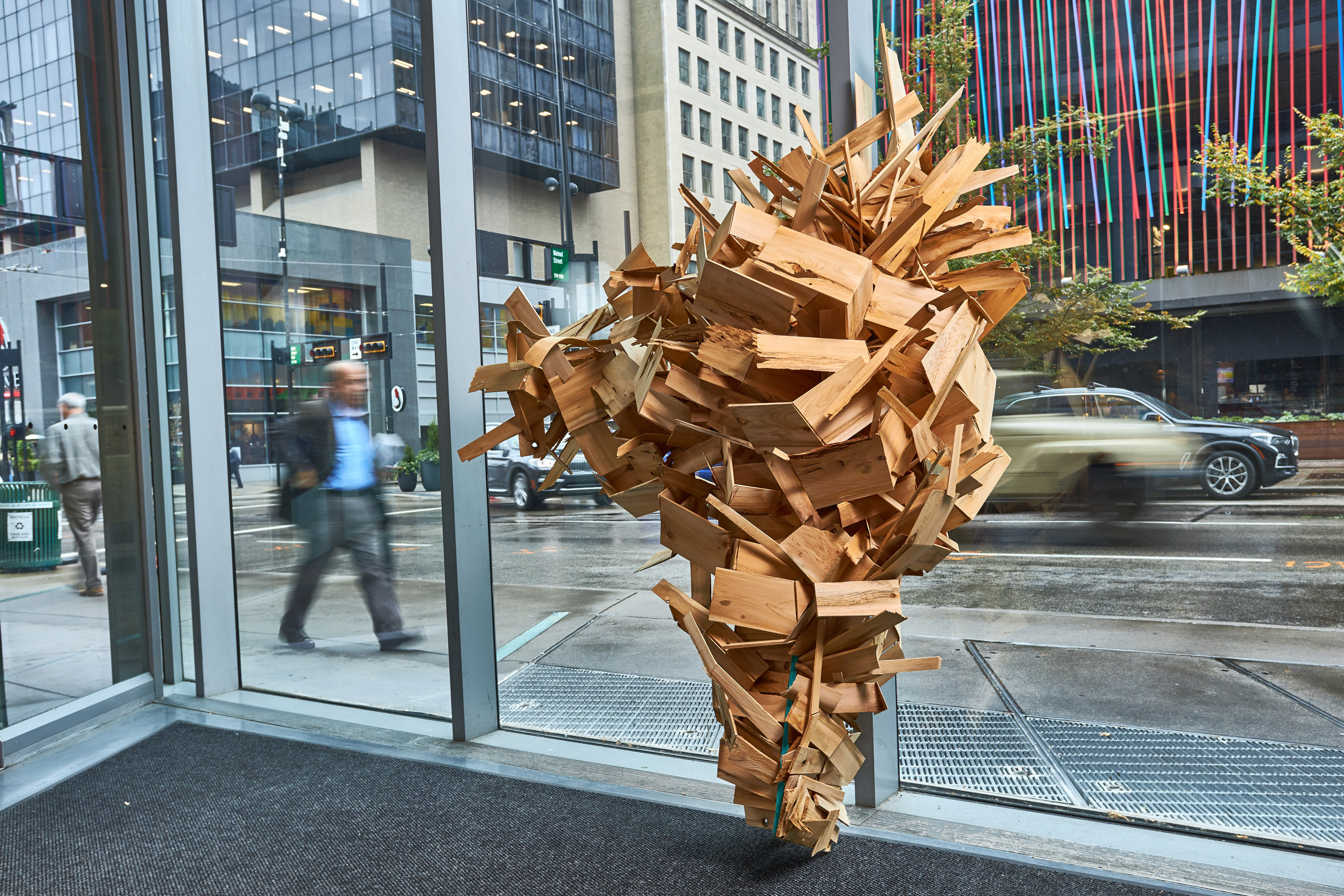 “Opening this dialog was very important to me because it would then challenge the viewer to consider what their own criteria is in determining whether something is art,” she said. “That evolution in thought would have a lasting impact on how one sees once leaving the museum as well.”

Sculptures are placed in locations both bold and unassuming, like dangling above the vertical plane of Hadid’s “Urban Carpet” in the lobby, or placed in vestibules, on benches, and even in bathroom corners. They purposefully sit in circulation spaces where one can only see the work from above or below, or while climbing or descending stairs. 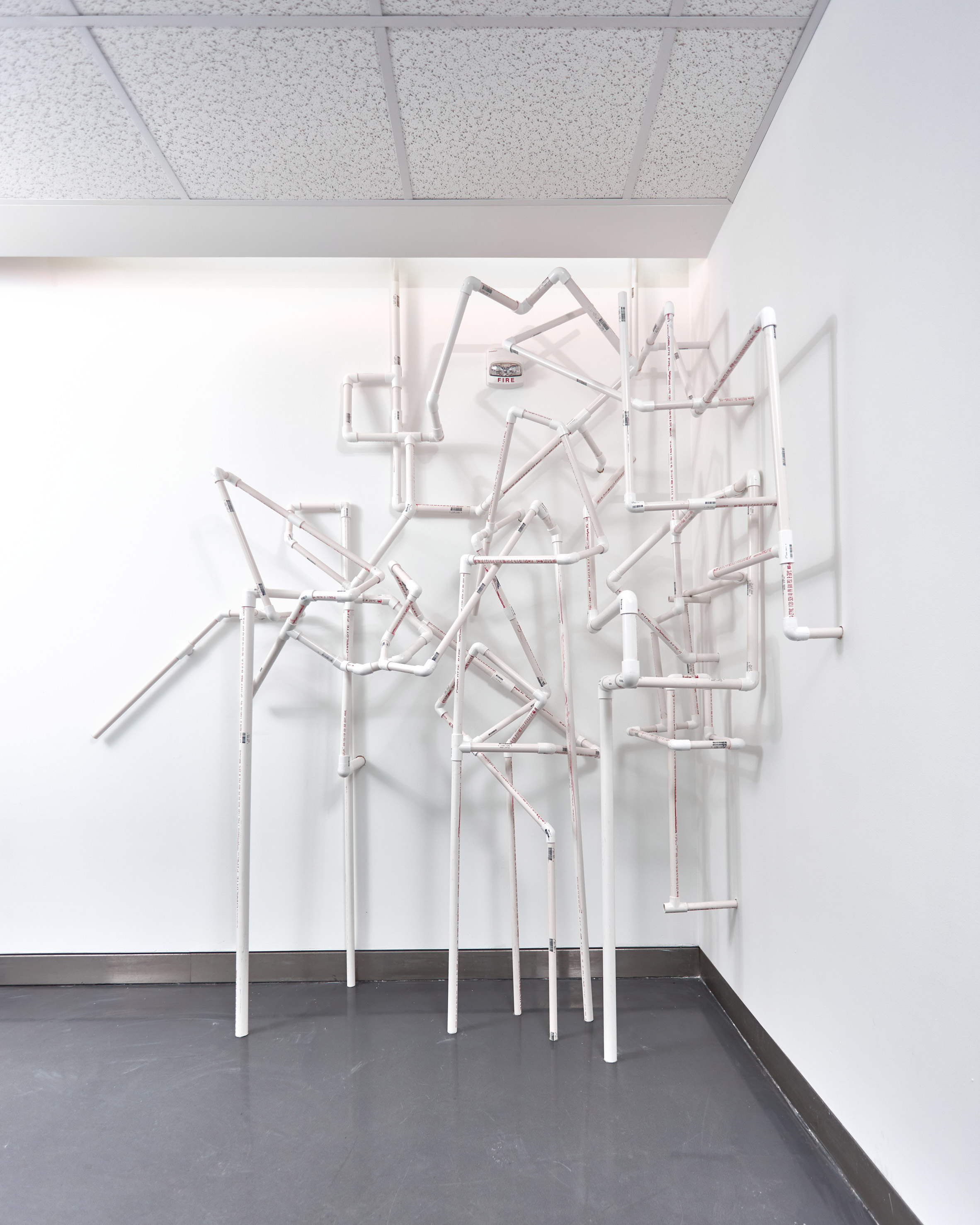 “There are multiple layers to how one will engage these interventions that includes an evaluation and reimagining of the space, the objects as sculpture and then as environments in which the two are inseparable,” said Henken.

“What makes this entire prospect exciting is not being able to dictate the order in which this process occurs.” 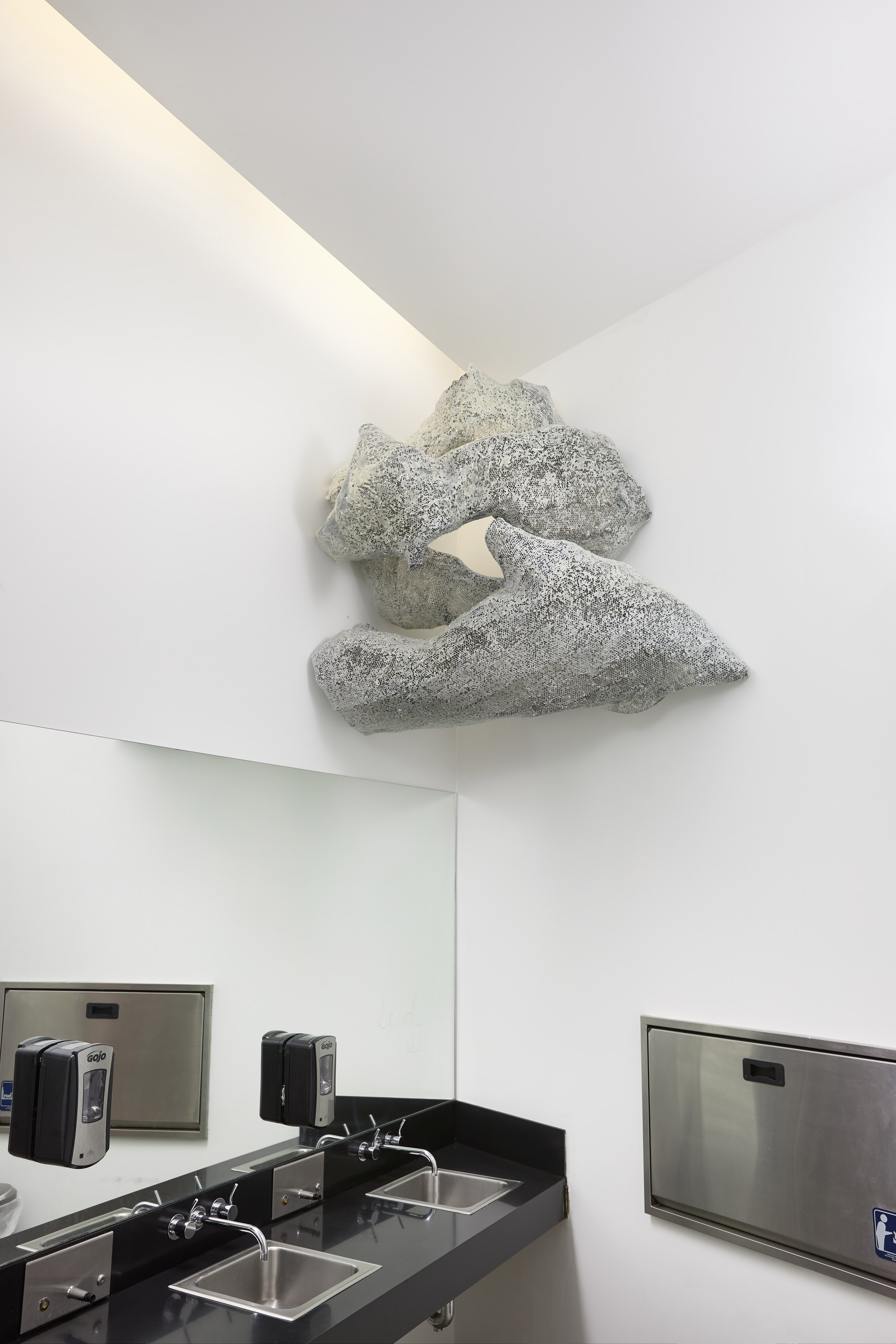 CAC was designed by Zaha Hadid Architects as a monument to modern art. The firm was founded in 1980 by Hadid, who passed away in 2016, and is now led by Patrik Schumacher.

Other cultural venues that the firm has completed are the MAXXI Museum in Rome and the Messner Mountain Museum Corones in Italy.

Photography is by Jeremy Kramer.