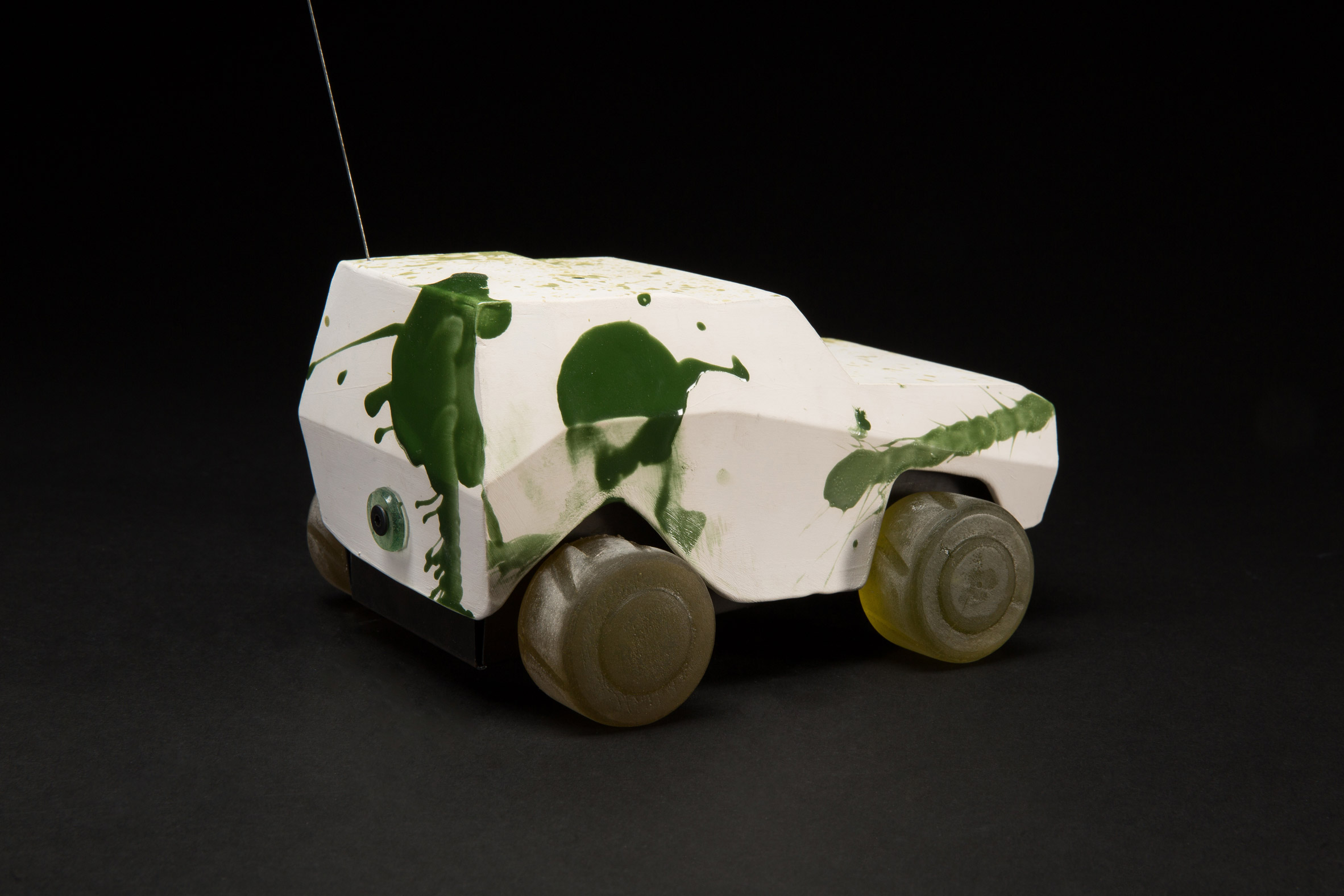 The graduate from the Bezalel Academy in Jerusalem aims to stimulate public thought and discourse about the military presence in the region.

“I created military armoured vehicles made from ceramic, which operate by remote control, to evoke the absurdity of living day-by-day in a warlike atmosphere in Israel,” Biri told Dezeen. 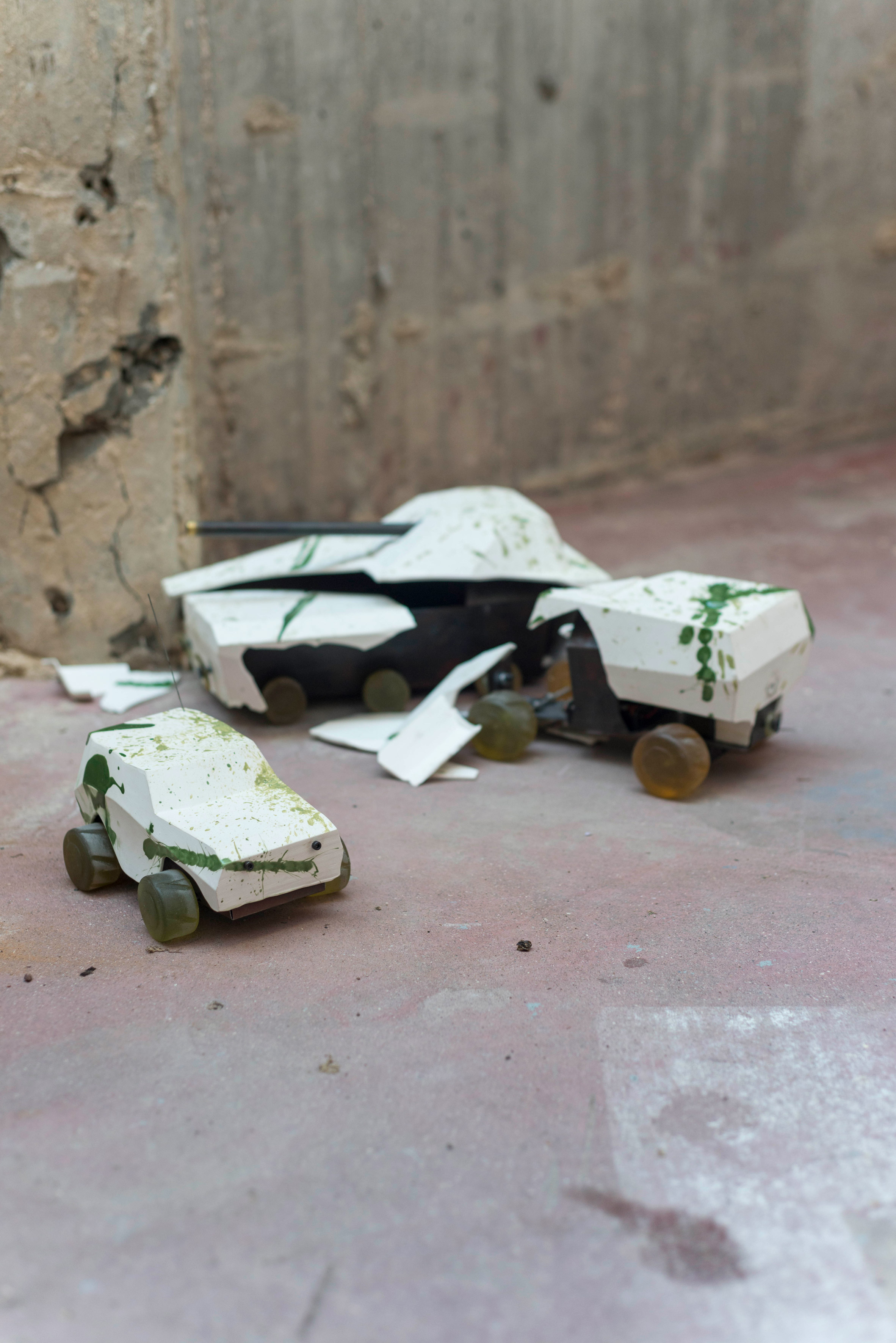 The project features three sorts of remote-controlled military vehicles. The choice of ceramic as the primary material is meant to represent life in a war-torn country.

“The absurdity was demonstrated by connecting the fragile material to the remote-controlled toy. The life of the object is in the hands of the user,” he explained. “The powerful look and feel of military vehicles is contradicted and transformed by the use of a fragile material.”

To craft the pieces, Biri used a 3D printer to create molds for plaster casts of all three vehicle types. These were then filled with ceramic casting material and left to set.

The tires were crafted out of flexible silicone, while the electronic components were designed specifically to fit the ceramic shell.

“The vehicle shapes are sparse in detail and do not attempt to completely imitate real military vehicles because I wanted to compel viewers to connect to their personal associations and not to dictate their thoughts,” said Biri. 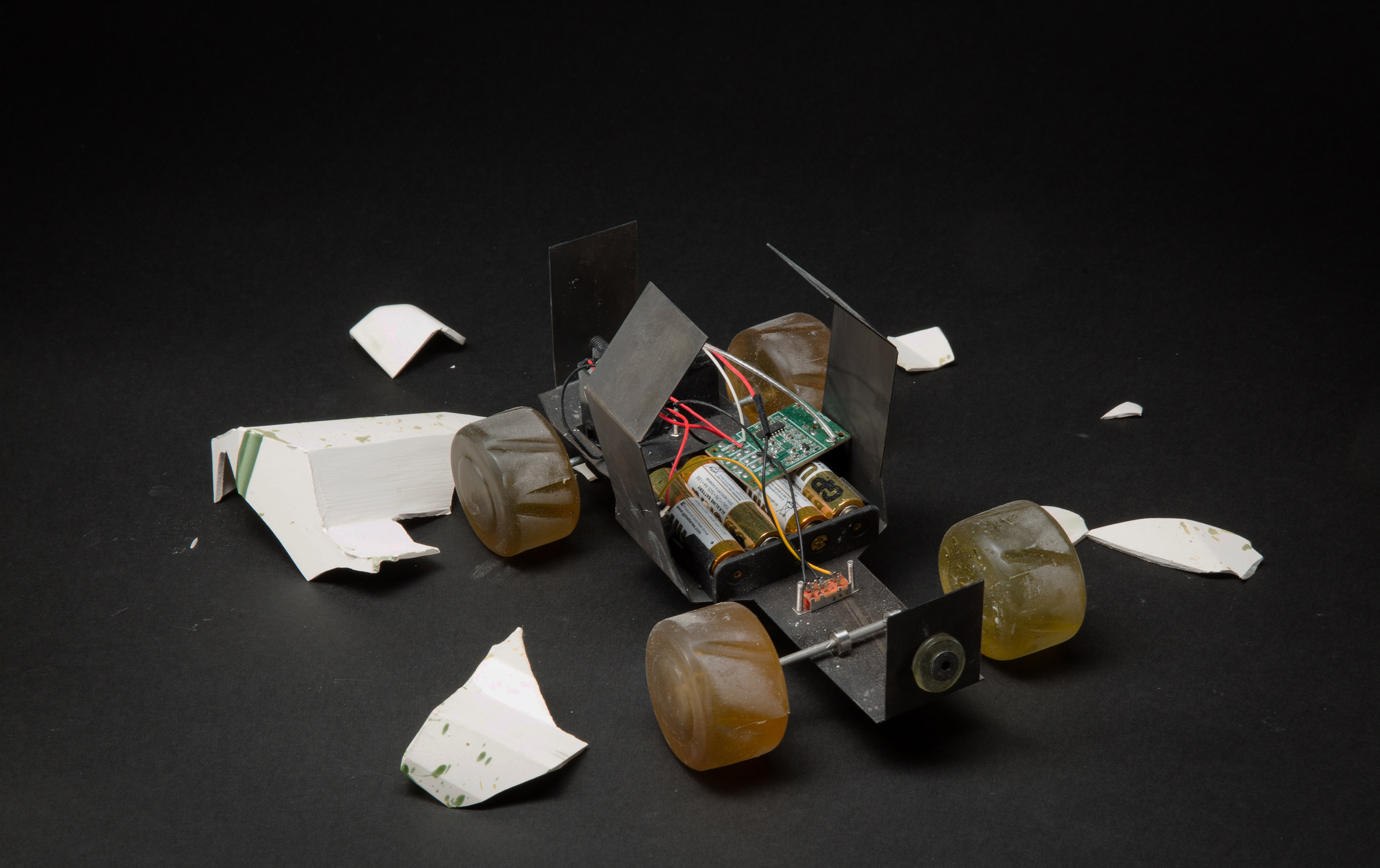 Biri, who is based in Jerusalem, came up with the idea for the project after the death of his older brother during military service.

“The reality in this city was such that I grew up and was educated in a warlike atmosphere and the volatile security situation is constantly felt and affects the daily lives of citizens,” said Biri. 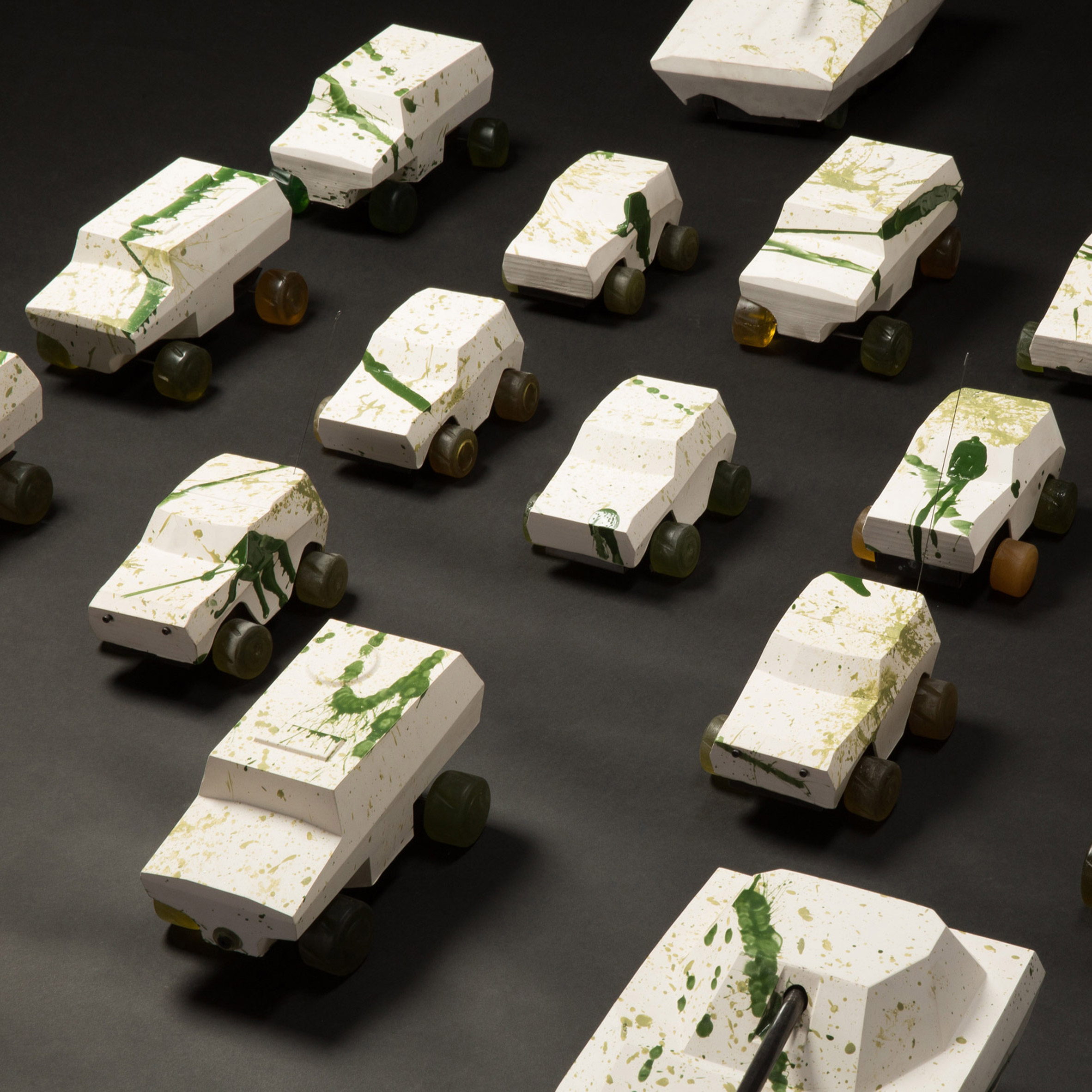 “In this project, I have chosen to deal with the way in which I coped with my personal trauma over the years,” he said.

“My intention was to emphasise the traumas experienced by the residents of this tense region throughout their lives and to demonstrate the destructive consequences that war brings.”

“The purpose of the project is to evoke emotions pertaining to personal, national, regional and global traumas,” he continued.

“I want to create a conversation about many situations in the world in which civilians are forced to live in the shadow of war.”

Other graduate projects created this year include a series of brass tools that aim to encourage muscle memory to help train dancers and a portable cooking set for kitchenless millennials.