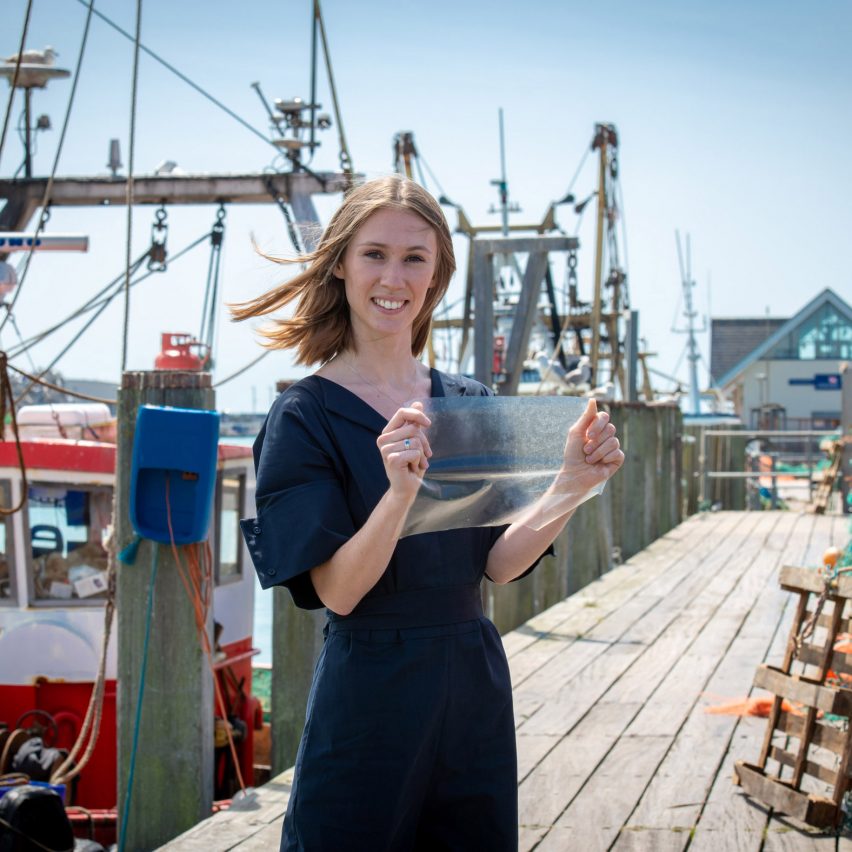 An easily biodegradable material that could be “part of a global answer” to single-use plastic pollution has won its inventor, British designer Lucy Hughes, the international James Dyson Award.

Hughes’ MarinaTex bioplastic is strong, translucent and flexible, making it a possible alternative for single-use packaging such as bags and sandwich wrappers.

Unlike current materials used for these purposes, it breaks down in home food-waste or compost bins, and its key ingredients are fish scales and skin — waste products that MarinaTex saves from ending up in landfill.

Hughes’ prize for winning the overall James Dyson Award is £30,000. After winning the UK heat in September, she beat designers from 27 other countries to take out the international prize. 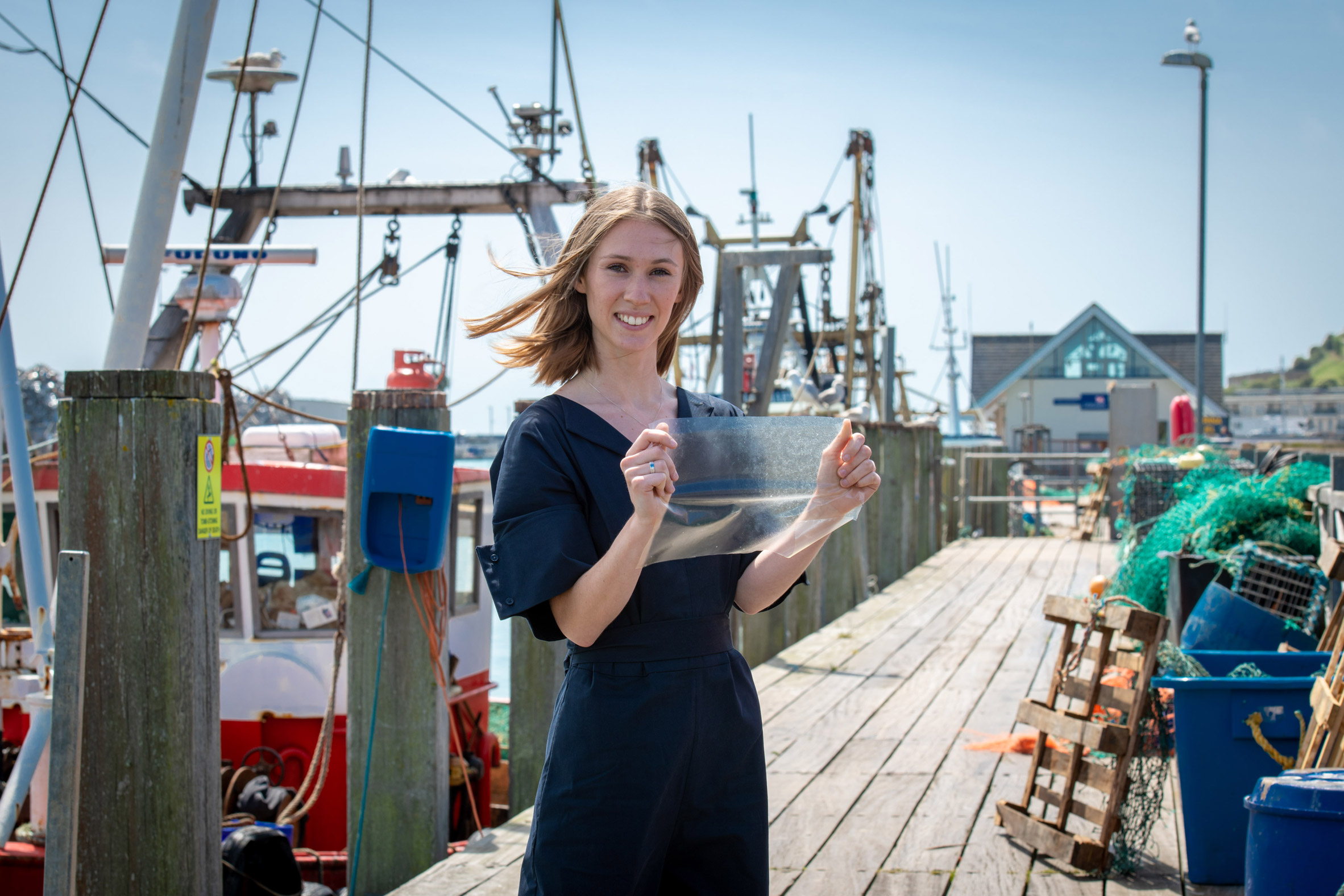 British inventor James Dyson, who every year selects the grand prize winner in the international student design competition that bears his name, said that the material had the potential to replace traditional single-use plastics. 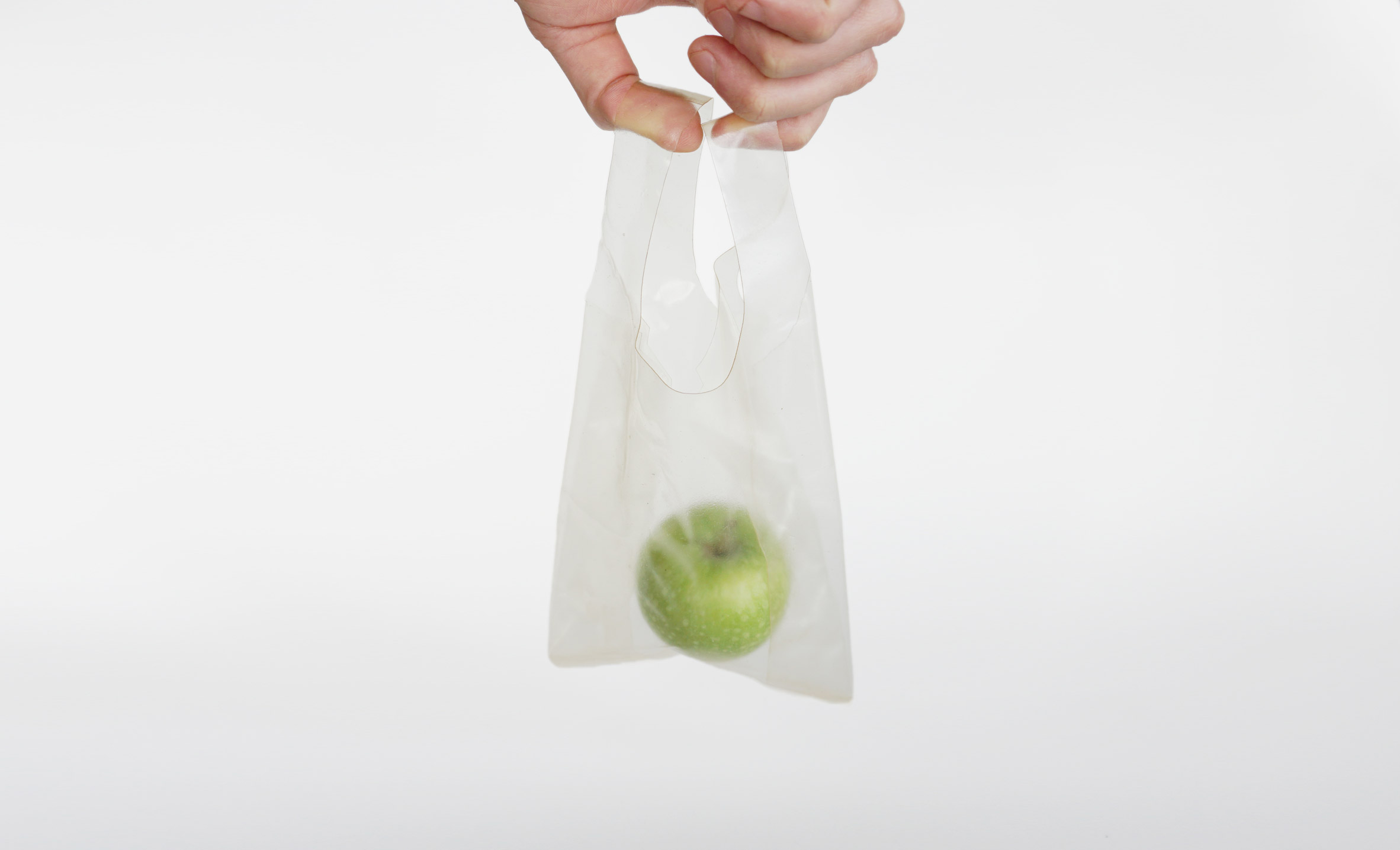 Hughes created MarinaTex for her final-year project in the product design course at the University of Sussex, from where she recently graduated.

She had set out to create something utilising a waste stream rather than virgin materials, which led her to the UK’s fishing industry. She ran more than 100 experiments to refine the bioplastic mixture, mostly using the kitchen stove in her student accommodation.

The fish scales and skin removed during processing usually end up incinerated or buried in landfill. And with “an estimated 500,000 tonnes of such waste produced by the country’s fisheries annually”, it seems possible that Marinatex could be scaled up into industrial production.

Hughes says that the waste from one Atlantic cod is enough to produce 1,400 MarinaTex bags.

The material is low-energy to produce and, given it’s based on existing waste, doesn’t strain the earth’s natural resources.

It is also strong, boasting a higher tensile strength than the current material most commonly used for plastic bags, LDPE (low-density polyethylene).

It is the second year in a row that the grand prize in the competition has gone to UK designers, with Nicolas Orellana and Yaseen Noorani winning last year with their O-Wind Turbine for urban environments. 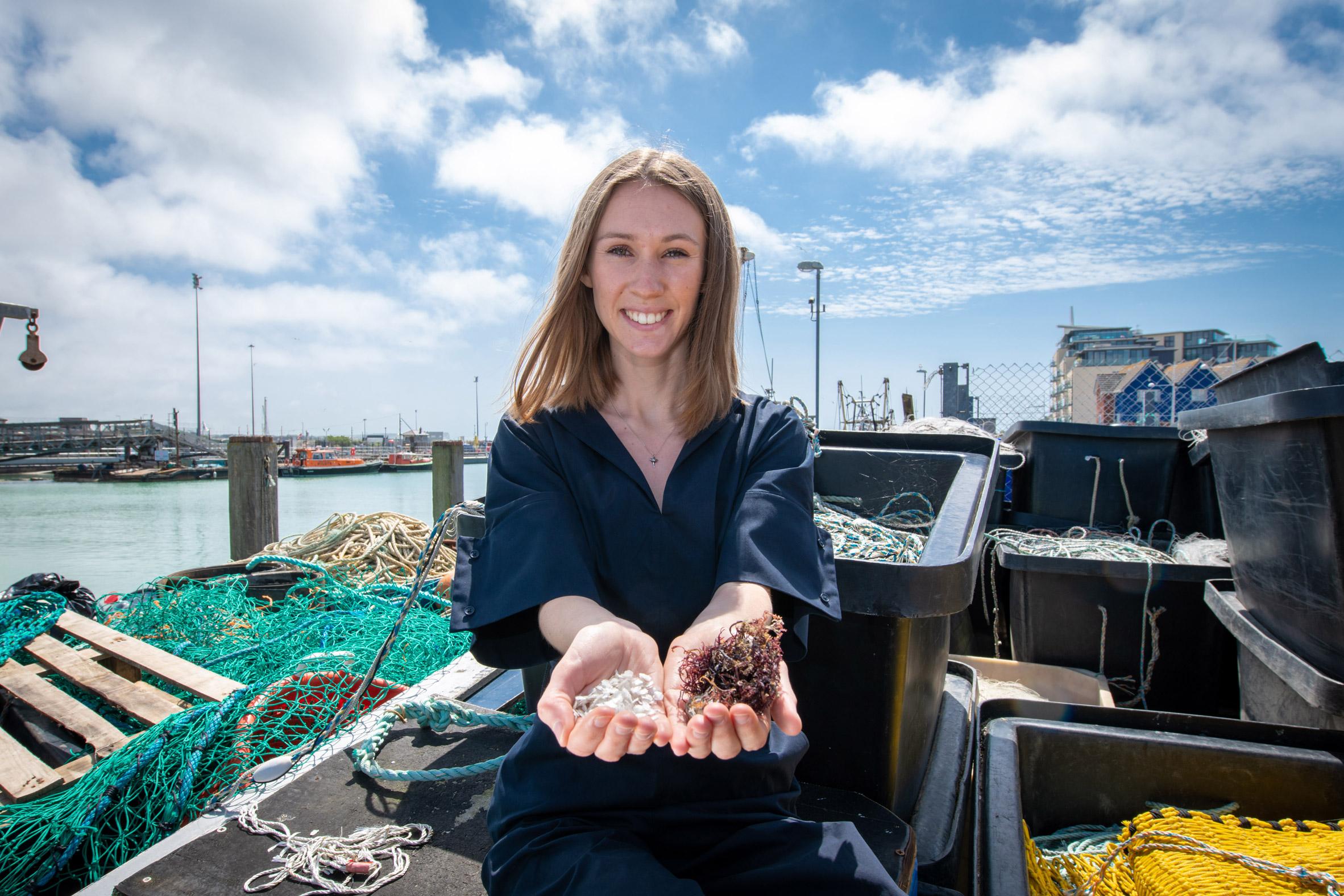 The runners up this year were the Afflo asthma monitor by another UK designer, Anna Bernbaum, and the Gecko Traxx wheelchair accessory for off-roading by Australian Ryan Tilley.

Previous years’ winners have included a skin cancer detector that avoids the need for biopsies and a folding paper bicycle helmet.