A group of engineers has created this exoskeleton that allows elderly users to enjoy activities like fishing, commuting and golfing for extended periods.

Created by Astride Bionix, the Lex is a wearable chair comprising a black seat fixed onto the body with straps that tighten around the hip and just under the buttock.

Two metallic legs swing underneath to rest at an angle that forms a 120-degrees “body-thigh sitting posture”, which Astride Bionix says is best for body health. 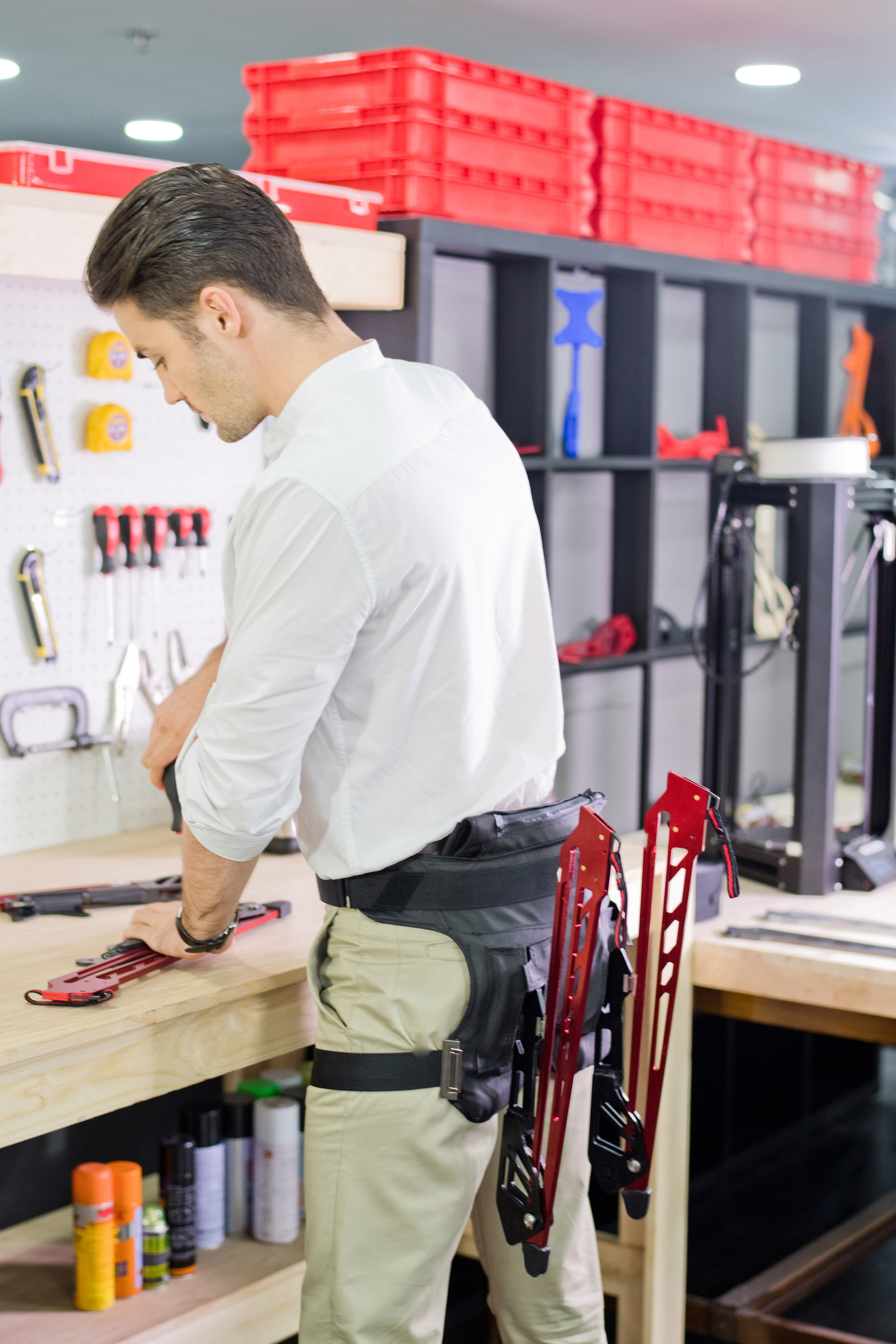 The team behind the project – a group of wearable-robot engineers – created Lex as a quick and easy aid for older people in everyday activities.

“We decided on making a wearable product that doesn’t require an electrical motor and has a clear function so it’s easier and faster to develop,” Astride Bionix’s Don Plooksawasdi told Dezeen.

“The problem we are trying to solve is that there is a growing number of people in the world who are ageing and they find it difficult to do activities like fishing or golfing or commuting for an extended period of time,” Plooksawasdi said.

“Giving them the Lex allows them to take a little rest so that they can go extra miles.” 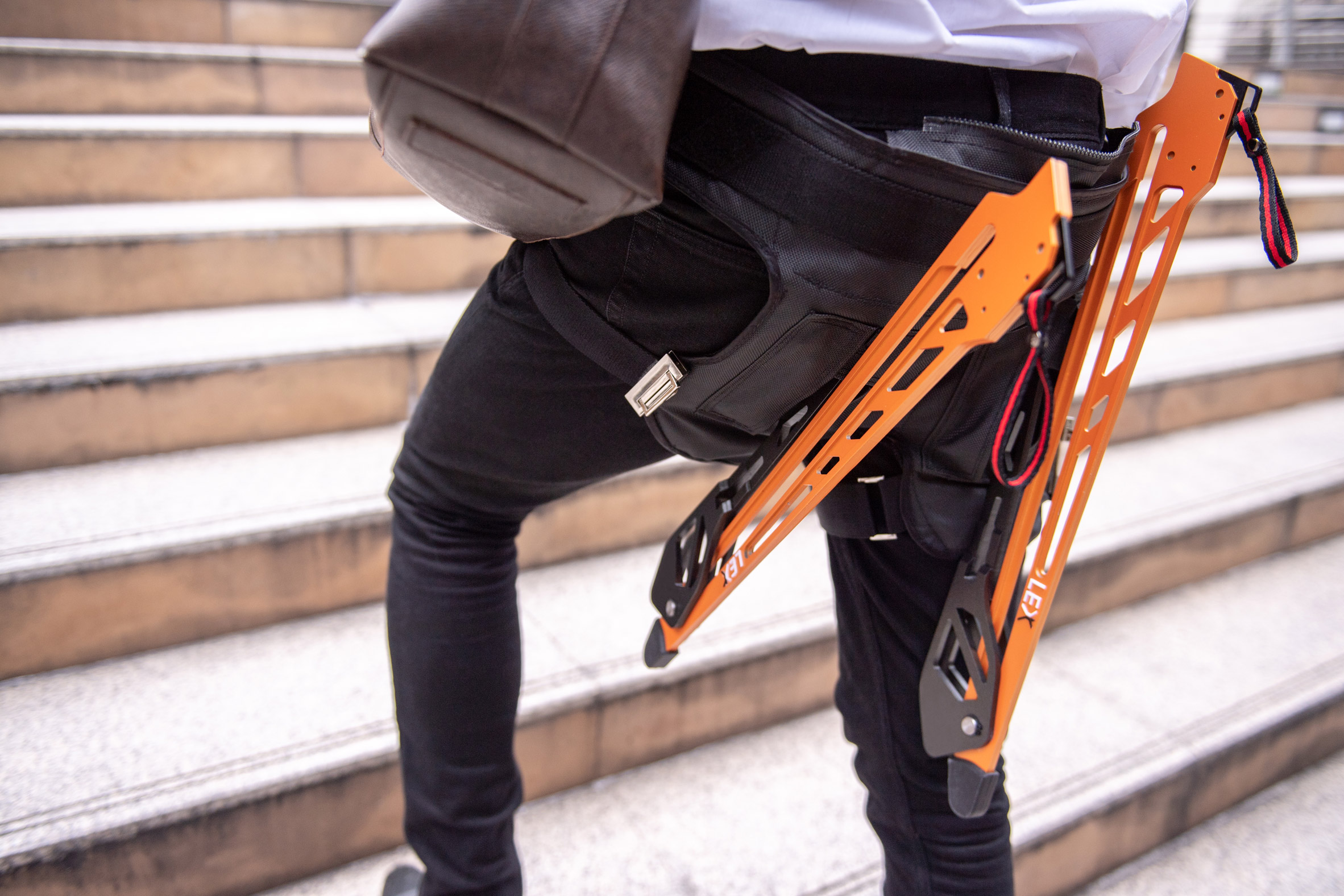 When not in use, Lex becomes a discrete part of the wearer’s outfit; the legs fold upwards, while the upper strap acts as a support to alleviate the weight of backpacks.

Astride Bionix said that the product has also drawn interest from those working in manufacturing environments, which often require them to stand for long periods of time.

“Not all work can be replaced with robots and if the work requires that you squat, working three to four hours a day without a chair, what option is there but to put on a machine that makes this possible?” asked Plooksawasdi.

The huge interest in the exoskeleton after an online video went viral resulted in the sale of a large number of products, Plooksawasdi told Dezeen. He added that its popularity has prompted them to create a second-generation Lex. 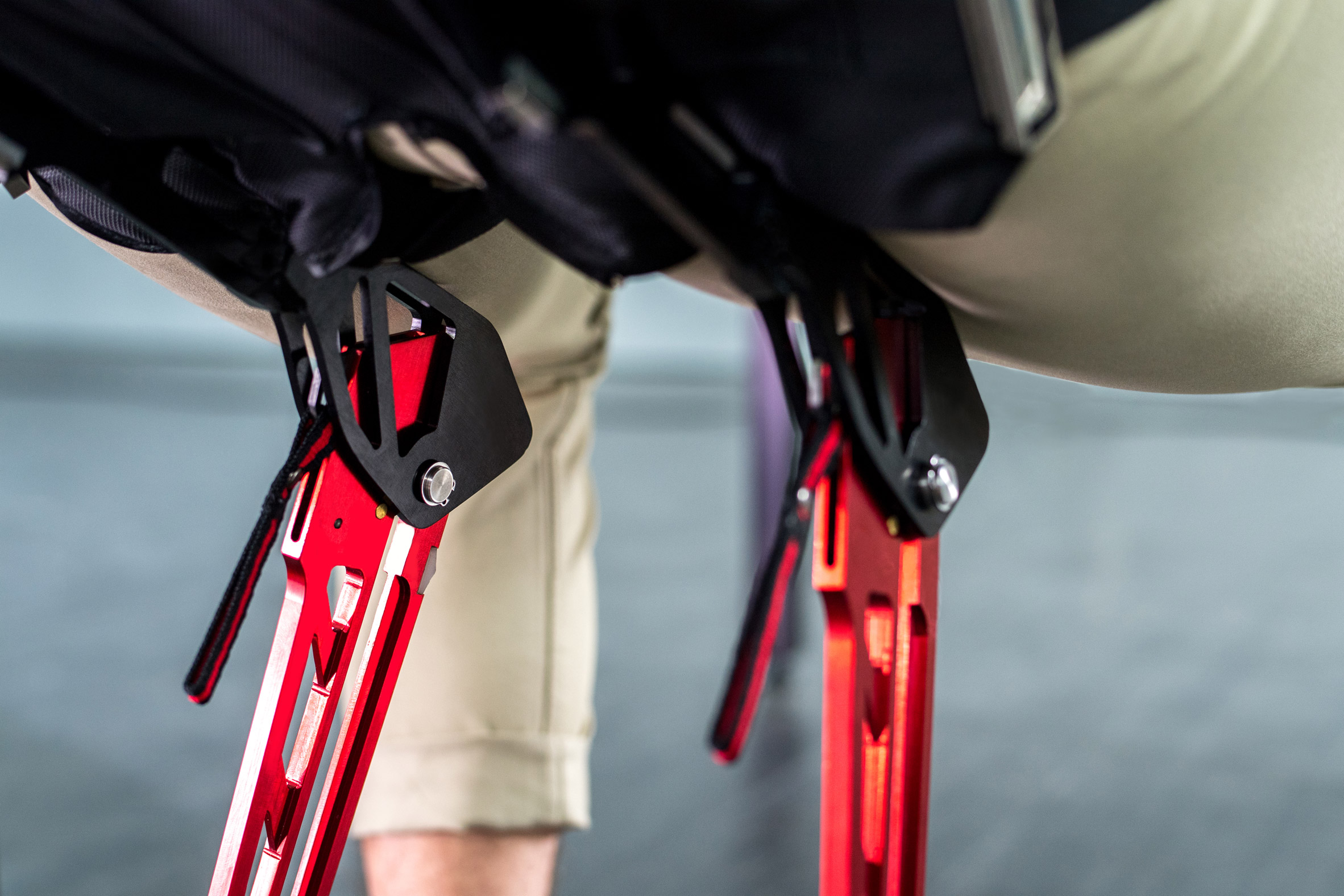 “Ergonomics is becoming more and more important as the world ages and augmenting our bodies will not seem such a silly idea,” he added.

Lex follows a number of exoskeletons – external frames worn by the user – that are designed to act as an aid or enhancement to the human body.

Swiss studio Sapetti created the “chairless chair” last year to provide support for active factory workers, while researchers at the Clinatec laboratory in Grenoble recently created an exoskeleton that paralysed users can control with their mind. 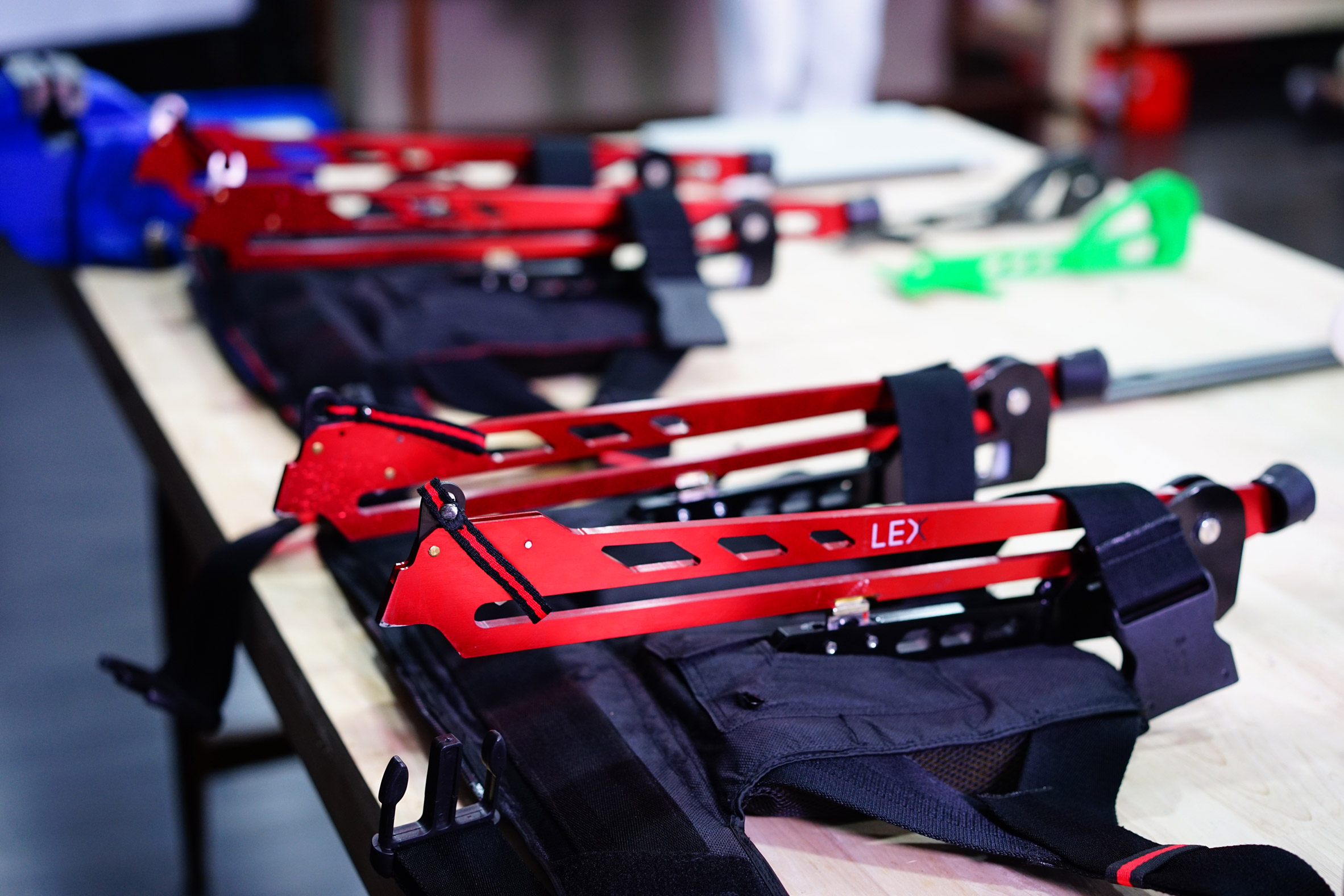 Plooksawasdi believes these adaptations are just the beginning of the possibilities for augmenting the human body.

“Exoskeleton technology is still in its early days and we will see more unconventional products until things start to look refined in the same way that Apple products do today,” he said.

“We believe that in the future, human-augmentation products should be available to empower us on specific tasks similar to how we use apps today to augment us mentally, by aiding with memory and location awareness.”

The post Lex by Astride is a wearable chair that allows its user to sit anywhere appeared first on Dezeen.