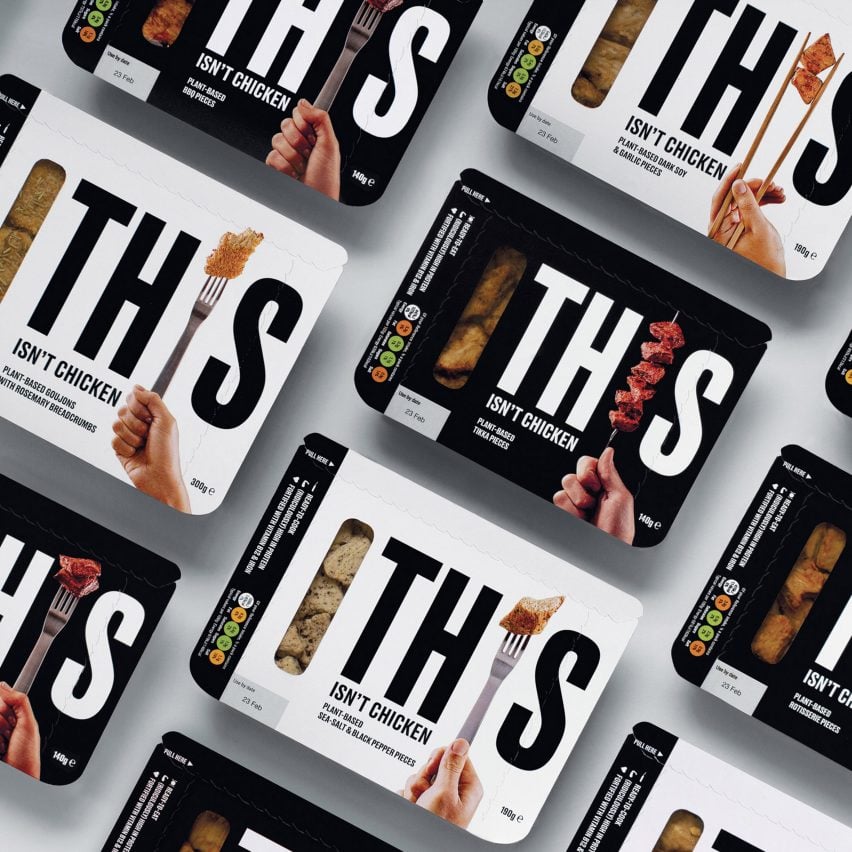 The plant-based brand – which will be released in the UK later this year – offers a selection of soy and pea-based products made to resemble the taste and appearance of several types of meat, such as chicken, pork and beef.

The visual identity has a largely monochrome palette with the brand name printed in a sans serif, all-caps font. 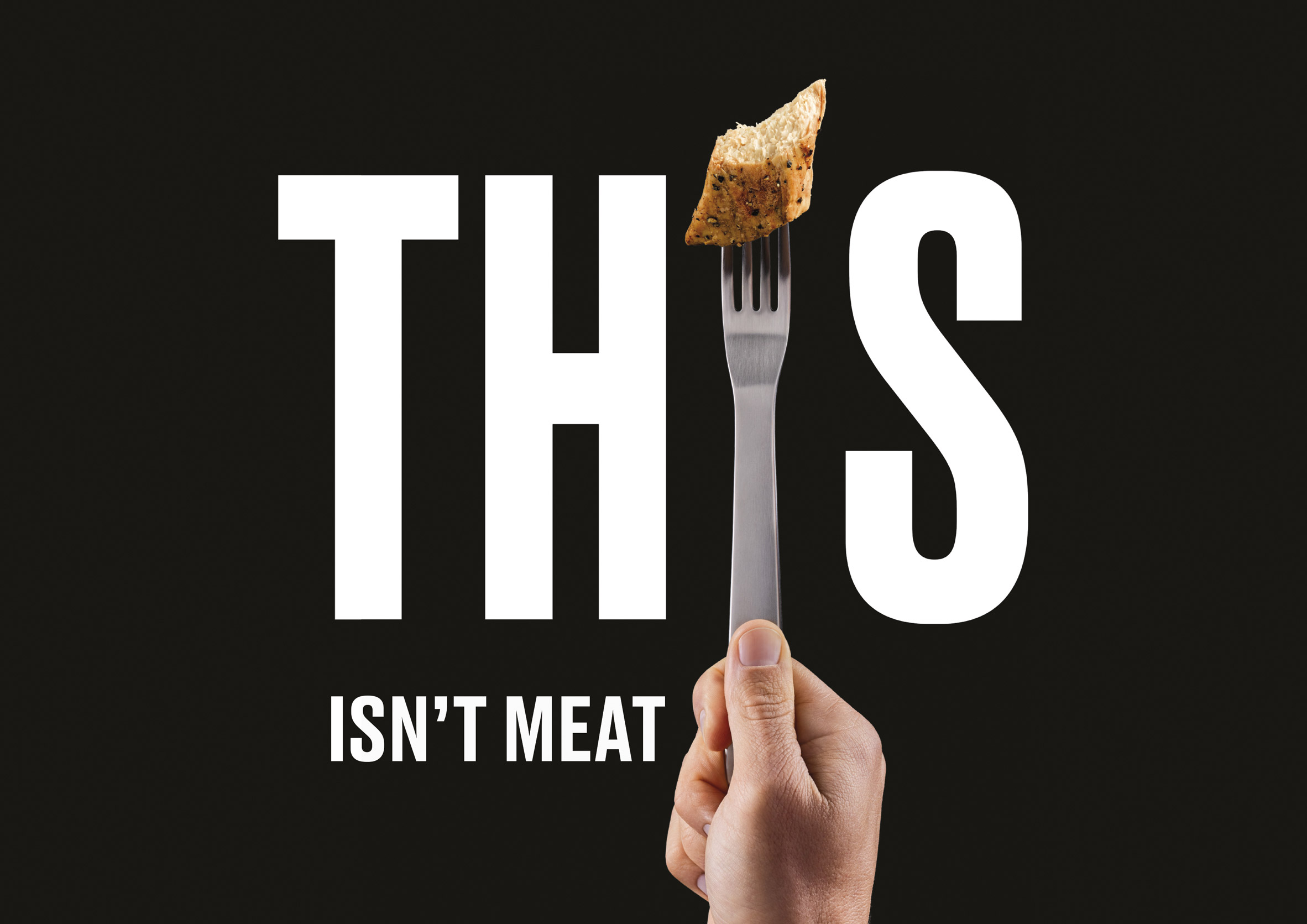 Each of the eight packaging designs feature forks, skewers, knives or chopsticks holding various meats in the place of the “I” in This.

Keen to appeal to those who still eat meat but want to reduce their consumption, rather than stopping altogether, the team chose to avoid the “preachy” language associated with the vegan and free-from food market.

They opted for a visual language that utilises the appeal of meat as a selling point, instead of “guilt-tripping” people into modifying their eating habits. 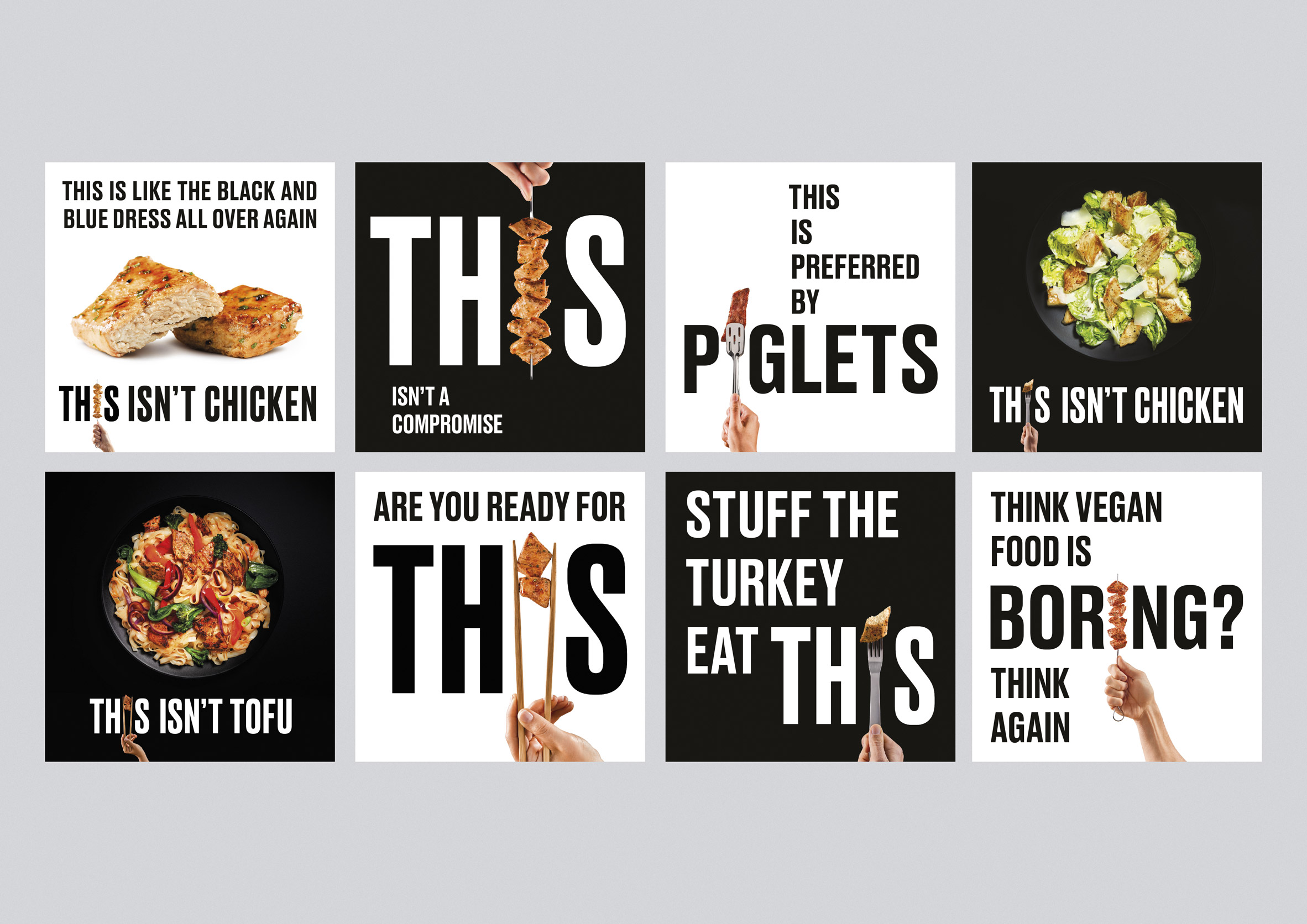 “Our branding challenge was to help create and launch a disruptive, challenger brand into a market mainly aimed at vegetarians, dominated by major brands such as Quorn,” said Johnson Banks.

“Instead of guilt-tripping people into changing their diet, they wanted to tempt people by harnessing the irresistible smell of bacon and satisfying texture of chicken,” explained the studio. 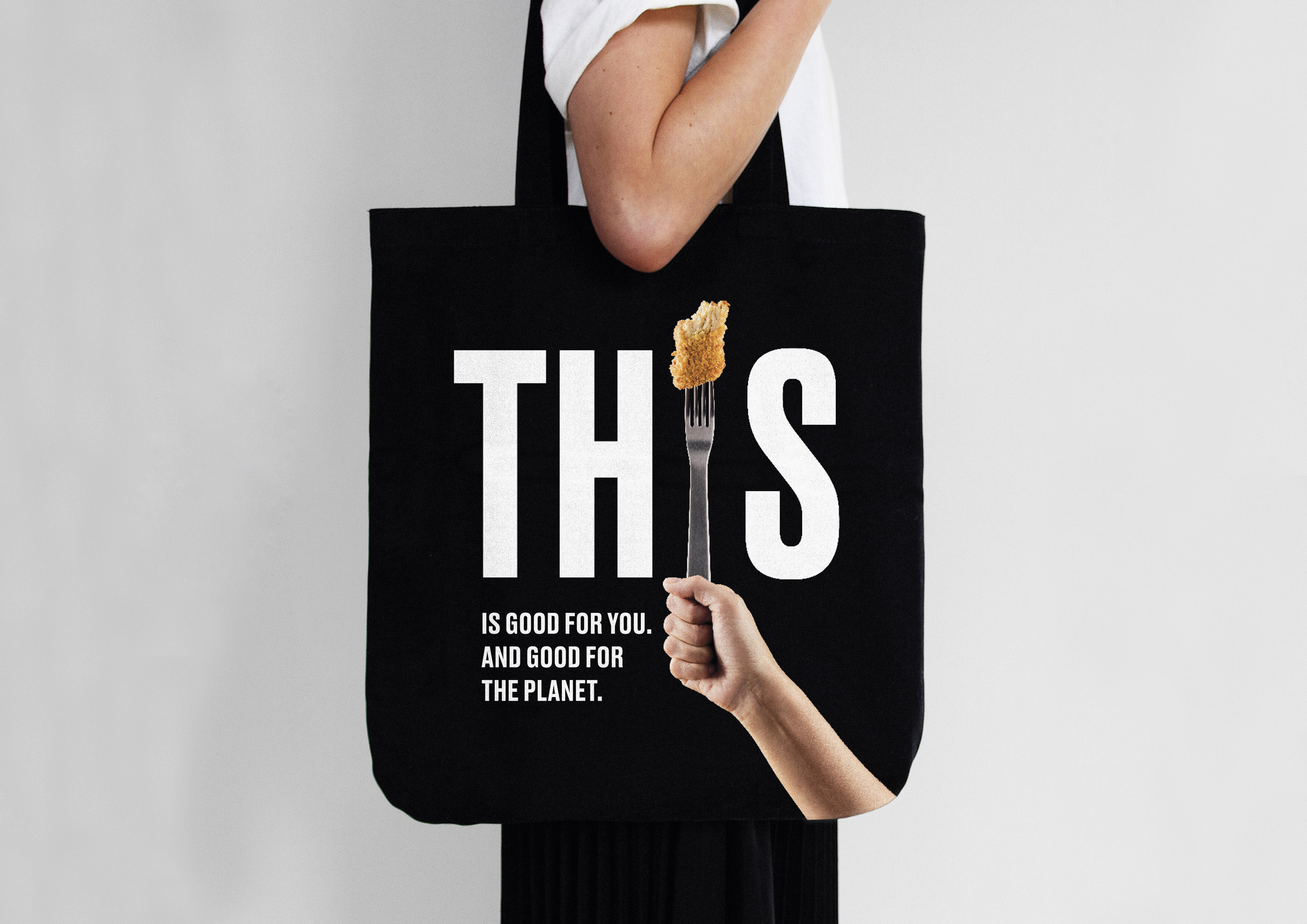 The brand name is printed in large lettering, alongside short tag lines such as “isn’t chicken” and “isn’t what you think it is”.

“Many of our packaging design discussions concentrated on quite how to get the brand name as huge as possible to give the products maximum ‘shelf stand-out’,” said Johnson Banks.

The meat images on the packaging were kept deliberately “naked”, with no garnishes or embellishments, to keep the branding as “simple and authentic” as possible. 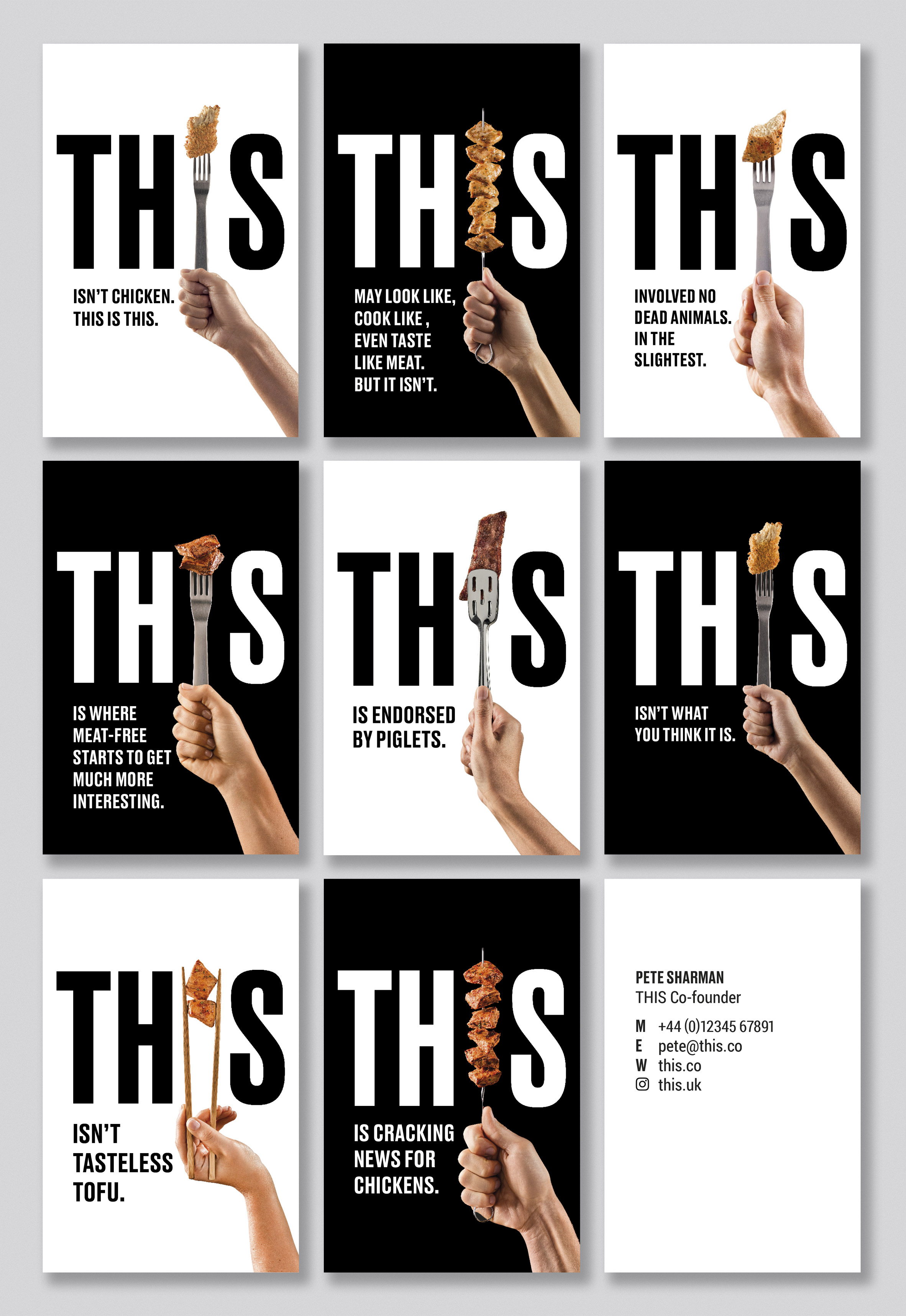 “The other products in the sector are all highly stylised and clearly involved hours and hours of careful propping. There’s a lot of Tuscan plates and copious amounts of rocket but not much product,” Michael Johnson, the studio founder, told Dezeen.

“In keeping with the no-nonsense tone, we just cooked the product and jammed it onto skewers, forks, knives,” he explained.

According to the studio, the design uses 90 per cent less plastic than conventional meat packaging.

An increasing number of designers are developing cruelty-free alternatives to meat, including a 3D-printed meat-free steak made from vegetable proteins, and hotdogs made from carrots and algae.