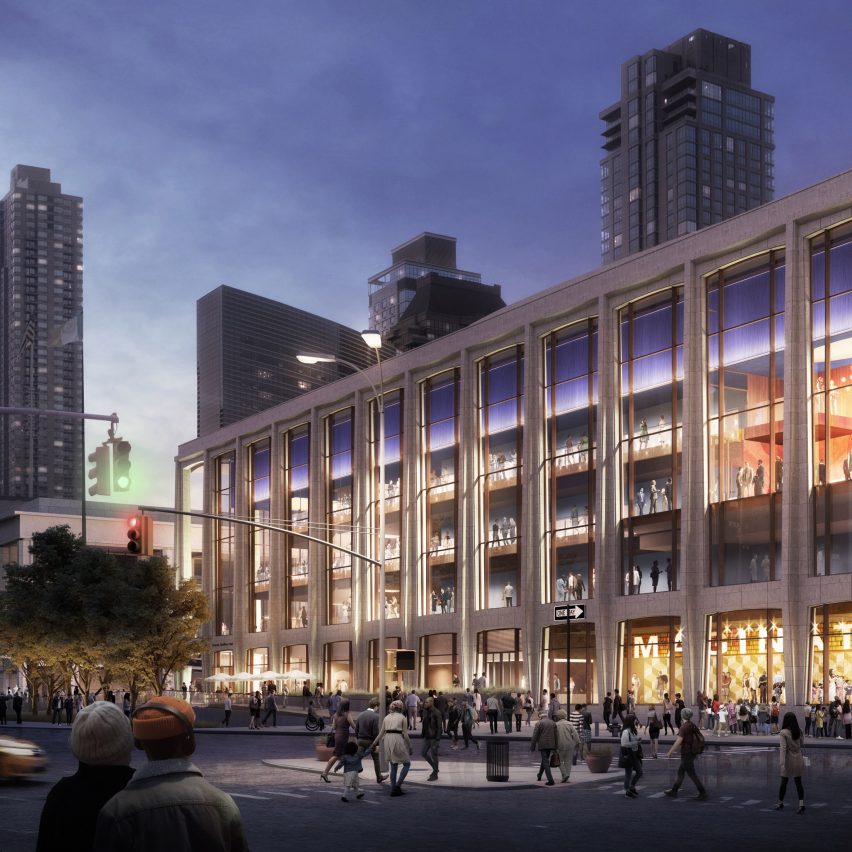 The latter was originally paired with the London’s Heatherwick Studio for the masterplan but the project was cancelled in 2017.

The renovation of the music hall, which is the home of the New York Philharmonic orchestra, aims to update the space with improved acoustics and sightlines. The firm is working with Paul Scarbrough of Akustiks for the acoustic design, and Fisher Dachs Associates for the theatre planning and design.

Renovated concert hall “will be intimate, immersive, and adaptable”

“The auditorium is recalibrated to deliver improved sightlines, audience comfort, and superb acoustics from every seat in the house,” said Diamond Schmitt project lead Gary McCluskie.

“The new concert hall will be intimate, immersive, and adaptable to host a range of performances of classical compositions and innovative programming.”
The stage of David Geffen Hall will be moved forward by 25 feet (7.6 metres), and seating capacity will be reduced from 2,738 to 2,200. Seats will be placed closer to the stage and arranged to wrap around it.

The stage’s ceiling will also be elevated and replaced with an adjustable canopy.

The layout of the original inclined seating dating back to 1962 will also be restored on the orchestra level, adapting an alteration made in 1976.

Additional wrap-around seating will be built around the orchestra section, which will contain a new motorised lift for stage risers for the orchestra. The firm will also improve the centre’s ADA accessibility.

Renderings show that the concert hall will be resurfaced with pale wood cladding and curves.

Tod Williams Billie Tsien’s redesign of the public spaces includes a new lobby that will be double in size and open up to the outdoors on three of its sides. It will resemble the original layout, and feature a digital streaming wall to show concerts in real-time.

The first floor of David Geffen Hall, called the Grand Promenade, will be also reconfigured with more seating, bar and food service, and will access new promontories overlooking the ground floor. 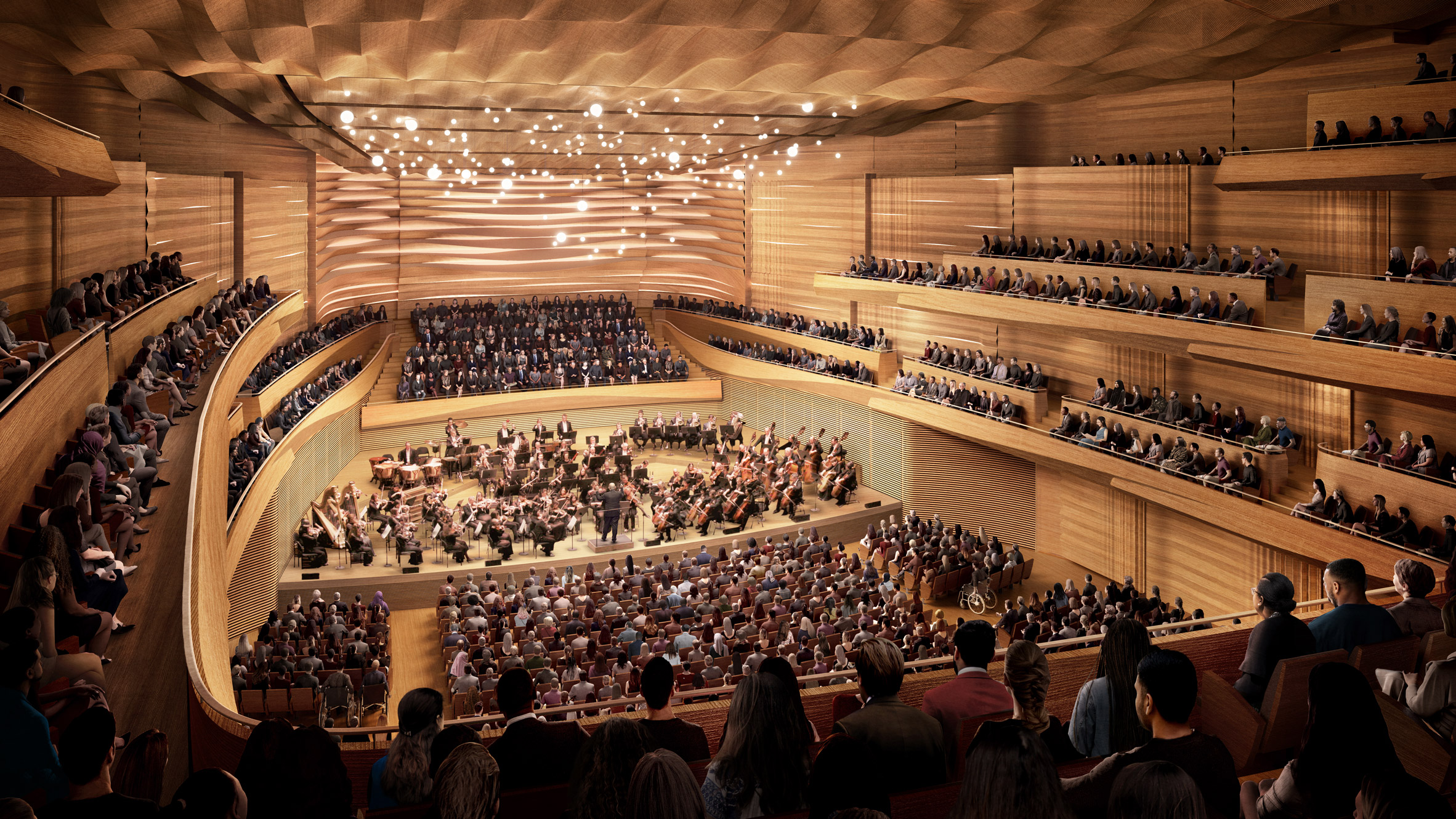 “By reorganising and reconceiving the concert hall and its public spaces, the interiors of David Geffen Hall will be unified and invigorated,” said Williams and Tsien.

“The result will be an experience that is warm, captivating, and exciting,” the duo added. “We’re thrilled to be part of the team extending the Philharmonic and Lincoln Center’s arms to wider audiences for generations to come.”

A new eatery will also be built in the lobby in the southwest corner, and have both informal and casual dining. A welcome centre will be added to the side of the centre that meets Broadway street.

A community and art installation space, called Sidewalk Studio, will also be located at the corner of the complex at 65th Street and Broadway. Restrooms and two lounges are among other new additions, while existing staff offices will be moved from the ground floor to upstairs.

Other amends to the exterior of David Geffen Hall will comprise new lighting on the upper tier, and the addition of site-specific works on the northern facade.

In the same year, Heatherwick Studio and Diamond Schmitt were picked from 100 firms to replace Foster + Partners on the project.

The duo were then dropped two years later, with a joint statement from Lincoln Center and the New York Philharmonic released at the time suggesting the proposal to completely gut the concert hall was too drastic.

Diamond Schmitt and Tod Williams Billie Tsien will instead conduct the overhaul in stages. The scheme involves two closures of the hall, with the first closure from May to October 2022 that will result in the initial creation of the redesigned concert hall. A second closuer is planned to span from May 2023 until February 2024.

The David Geffen Hall project forms part of an overhaul of the Lincoln Center – which opened in 1962 and comprises several rectangular buildings arranged around a plaza and outdoor fountain, designed in a similar style with flat roofs, slender pillars and glazed walls.