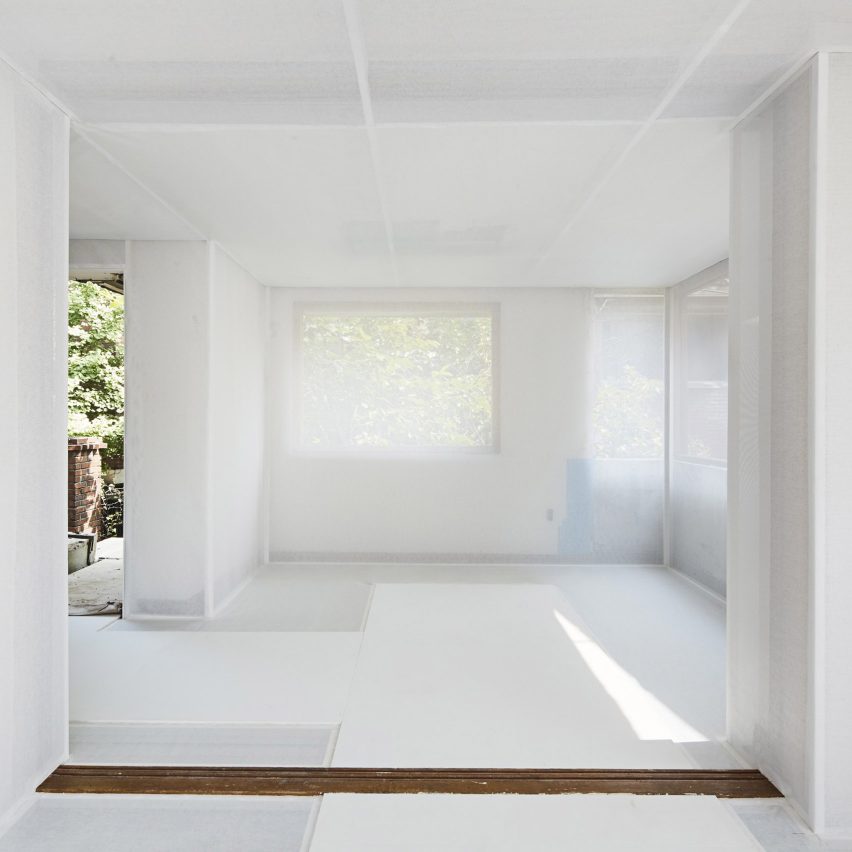 This installation by South Korean studio ArchiWorkshop involved wrapping the interior of an abandoned house in Seoul in a layer of gauzy fabric to evoke a shamanistic death ritual.

Titled Welcome and Illusion of Life, the project saw the empty structure transformed into a memorial dedicated to a space that was once filled with life, but is now awaiting rebirth in a new form.

ArchiWorkshop was commissioned by the Seoul Foundation for Arts and Culture to realise the project. It sought to draw attention to the abundance of buildings in the country that have been demolished to make way for new developments. 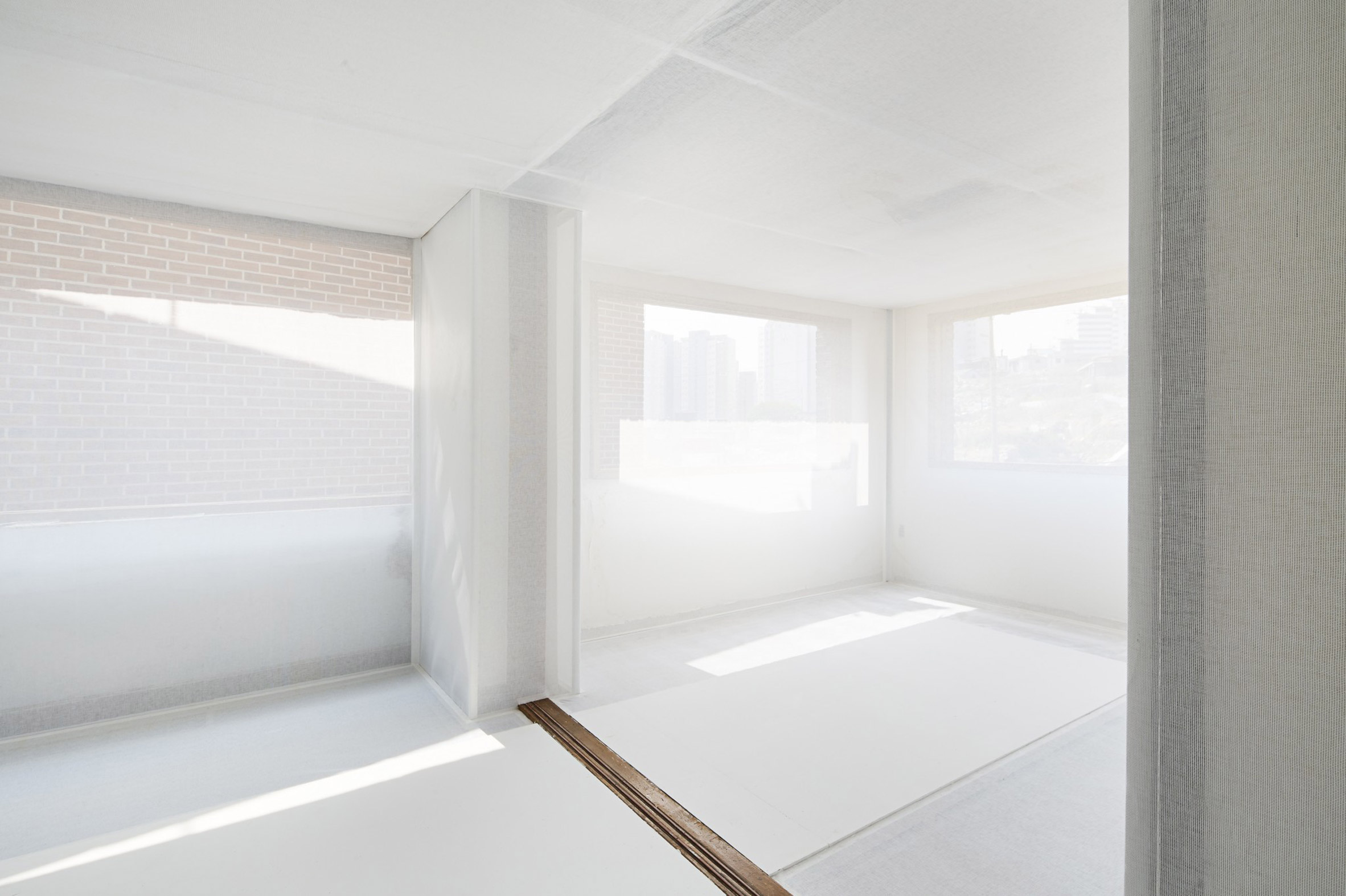 The setting for the installation was a two-storey house located in a neighbourhood that has been abandoned as it awaits redevelopment.

This is just one of many new towns that have emerged around Seoul in recent decades.

According to the architects, around 61 square-kilometres of land has been redeveloped into areas of mass housing since 2011, without any proper documentation of the changes and the lives of the previous inhabitants. 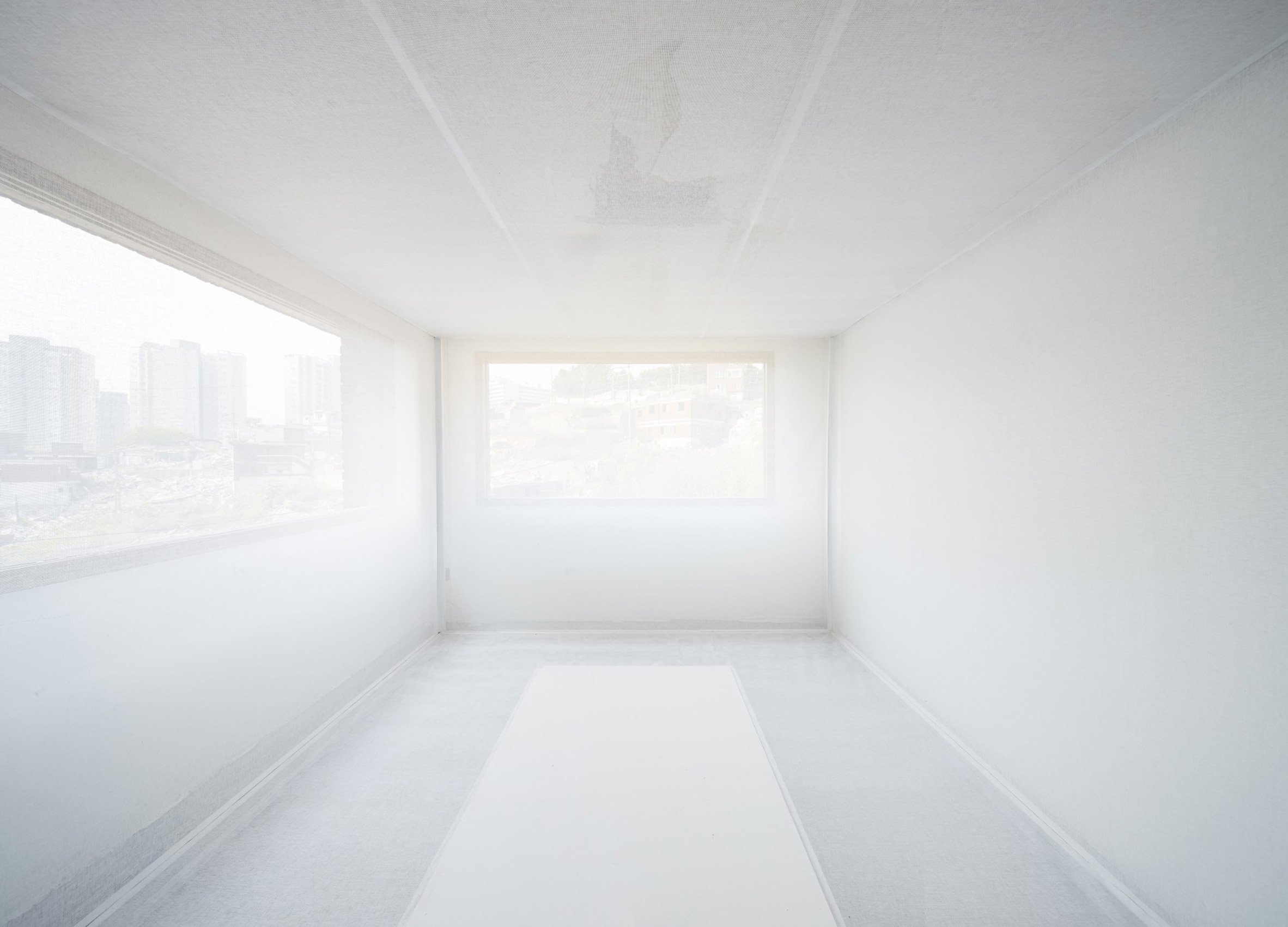 For the duration of the 20-day exhibition, the house’s interior was shrouded in white fabric that created a ghostly appearance and partially obscured views of the surrounding cityscape through the empty window openings.

The installation recalled the traditional “gut” rituals performed by Korean shamans, including those performed after a death to open a passageway to the land of the dead.

The colour white is used extensively in these ceremonies as it symbolises purity. 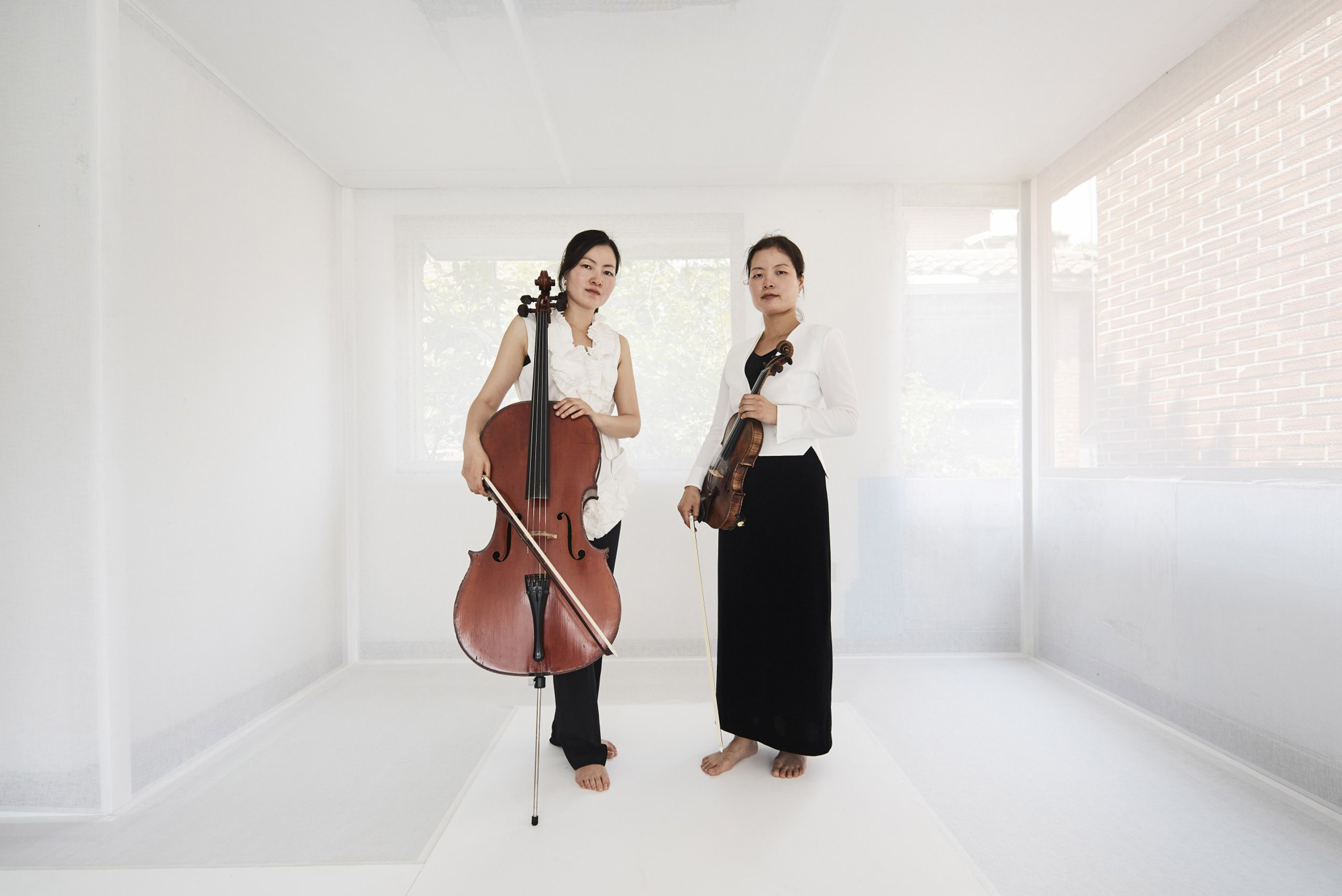 The architects worked alongside artists Changhoon Lee and June Kim to generate a multimedia record of the building prior to its demolition.

A cellist and violinist also performed on the day of the exhibition’s opening to mark the beginning of this “funeral for a house”.

“We welcome a birth of life from the death of the place,” explained ArchiWorkshop architects Hee-Jun Sim and Su-Jeong Park, who oversaw the installation.

“Just like leaving a portrait photo for the deceased, this project, an illusion of a past life, was designed in order to remember the ones past,” they added.

The project features on the shortlist for the Dezeen Awards 2019 in the installation design category.

Other projects in the category include a pop-up restaurant made from recycled food packaging and an exhibition of 17,000 tiny artworks representing the number of migrants anticipated to be deported from Sweden to Afghanistan.

Further outcomes from the installation included Changhoon Lee’s multimedia documentation of the relationship between the house and the community, and various sound recordings gathered from the surroundings by June Kim. 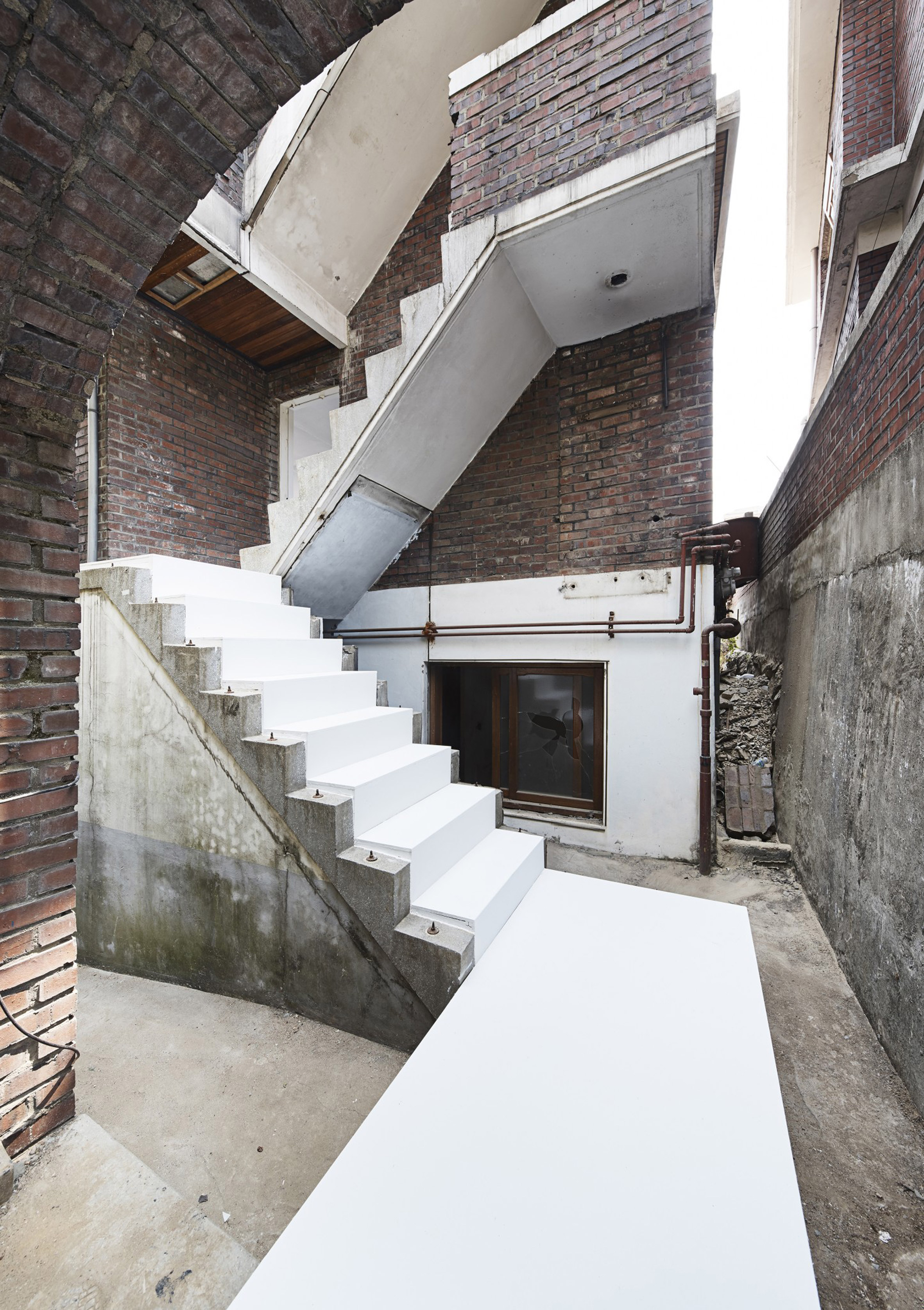 “This is a realistic work of recording social phenomenon as a culture,” the architects pointed out.

“We hope this project will be a starting point that helps people living in this city to understand Korea and our life in it, and that contributes to social change in future.”

Following the exhibition, the fabric was removed from the house and transformed into tote bags.

ArchiWorkshop’s previous projects have included a luxury camping facility near Seoul, featuring cabins and tents raised above the ground on stilts, and another glamping site in Yang-Pyeong with tents shaped like worms and doughnuts.

The post ArchiWorkshop holds funeral for Seoul house by wrapping it in gauze appeared first on Dezeen.